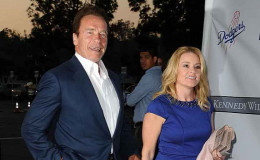 Austrian- American Actor Arnold Schwarzenegger was married to John F. Kennedy's niece Maria Shriver for 25 years and fathered four children with her. He is currently in a relationship with his physical therapist Heather Milligan.

After a huge sex scandal and a controversial divorce with journalist Maria Shriver, Schwarzenegger is dating Heather Milligan. How is their relationship? Is the couple thinking of getting married? We have all the details of his past and present relationships.

The 70-year-old Schwarzenegger is currently dating the 43-year-old physical therapist Heather Milligan. As per the source, the couple first met in late 2012; after separating from Maria Shriver, his former wife, author, and niece of 35th US President John F. Kennedy and have been head over heels for each other since then.

They started dating officially from 2013 onwards. They are inseparable and do not shy from showing their love to the public. 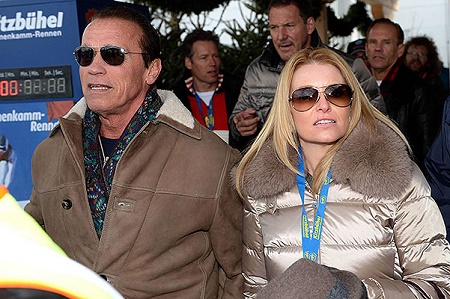 Arnold Schwarzenegger and his girlfriend Heather Milligan spotted during an event

The pair has been spotted many times together. In October 2017, they were spotted having an ice cream date in Brentwood. The pair is often seen together during movie promotion, awards shows, events, galas and shopping sprees. The lovely couple has also been photographed together while on trips and vacations in European destination like Milan, Italy.

In November 2017, they were seen riding matching seafoam green bicycles on the streets of Milan and browsing through shops there. 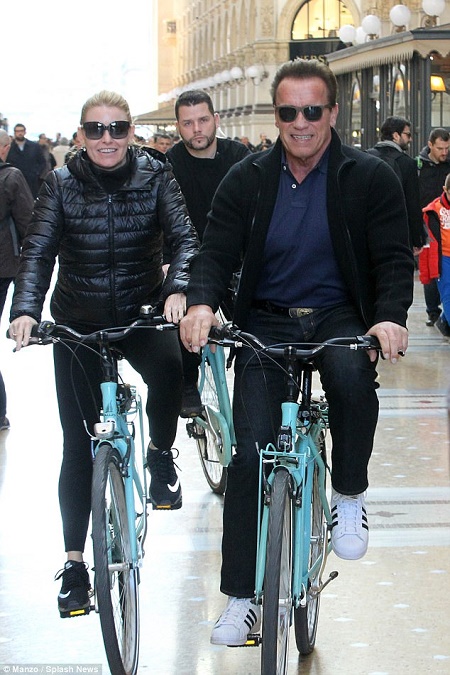 Arnold and Heather all smile during their bike ride in Milan, Italy

As per the report, Arnold loves to shower Heather with designer clothes, goodies, and unwavering attention. It is speculated that Arnold gifted Heather Padlock Gucci signature shoulder bag worth $ 1812 (£1,350) in Milan, Italy.

If we believe the recent rumors, the pair is ready to start their life as a husband and wife. They might get married at the end of 2018, but both of them has not confirmed the news.

Schwarzenegger's Past Relationship, Affairs And Details Of His Children

Their common friend NBC newsperson Tom Brokaw was instrumental in their first meeting. After dating for few years, the couple decided to tie the knot on April 26, 1986, in Hyannis, Massachusetts. 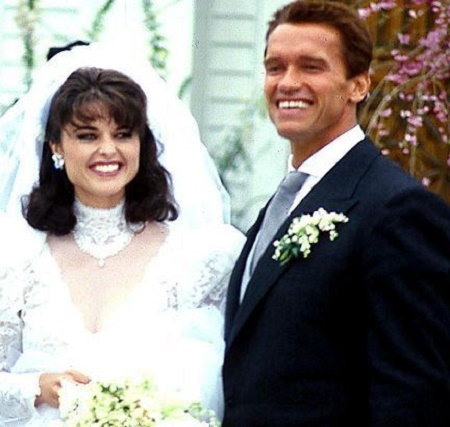 The lavish marriage of Arnold and Maria was attended by both Kennedys and Schwarzeneggers. During the wedding, Arnold presented a silk-screen portrait of Maria created by wedding guest Andy Warhol to his in-laws.

The couple shared a steady and smooth marital life. They supported each other during harsh and happy times. In 2008, when Arnold was accused of improper conducts against women during his campaign for the post of the governor; it was Maria who came to defend his sanity and sanctity. 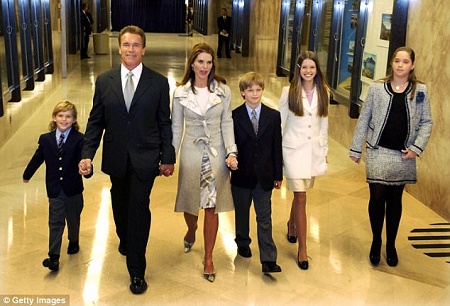 Arnold and Maria with their children in 2003, during Arnold's campaign for the California governor

Katherine Eunice Schwarzenegger is not only their first child but also their first daughter. She authored a book titled as 'Rock What You've Got: Secrets to Loving Your Inner and Outer Beauty from Someone Who's Been There and Back'. She graduated from college in 2012, and authored her second book titled  'I Just Graduated . . . Now What? in 2014, that could be referenced as a survival guide for high school girls. In 2017, Schwarzenegger authored a children’s book titled as 'Maverick and Me.'

Katherine is an ambassador for American Society for the Prevention of Cruelty to Animals (ASPCA) and involves in charity, volunteerism and philanthropic works.

Patrick Schwarzenegger is couple's first son and third child. Patrick seems to be following in his father's footsteps and have his own clothing line; which he started at the age of 15 with his parent's help. Patrick has dabbled in modeling, body-building, and acting; and has starred in the projects like Grown Ups 2, Midnight Sun, The Long Road Home and Scream Queens.

Patrick took private acting lessons with Nancy Banks during his education at Brentwood GHigh Schoool. In 2012, he matriculated at the University of Southern California. In May 2016, Patrick graduated from the USC Marshall School of Business.

Christopher Schwarzenegger was born 5 days before his half-brother, Joseph Baena. 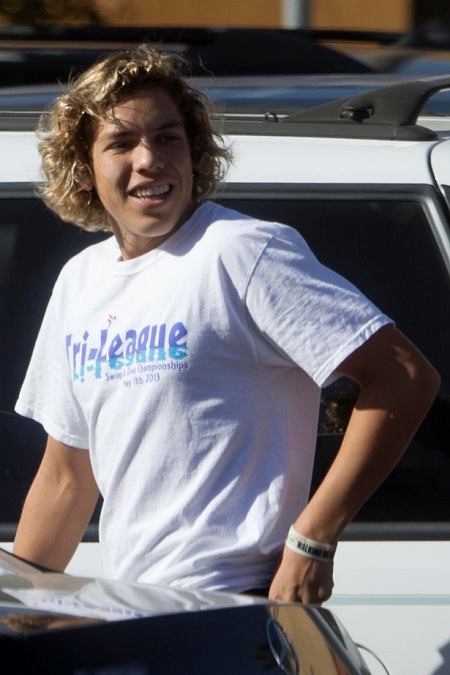 Talking about Arnold's love child Joseph Baena; his identity and parentage from Arnold were known only recently. As per the report, Arnold is close to Joseph and have accepted him as his important family member. The father-son duo makes time to involve in sports, gym and cycling activities together. Joseph is also doing extremely well in his academic performances. 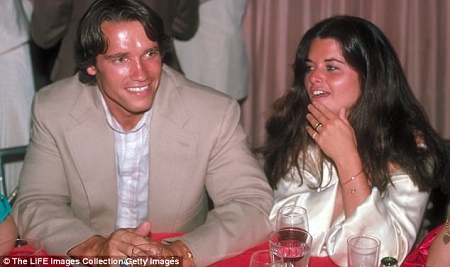 Arnold and Maria during an event

Arnold and Maria enjoyed blissful marital life until Arnold was caught having extramarital affair. Arnold had fathered a love child named Joseph Baena with Los Angeles housemaid Mildred Patricia Baena. This incident was instrumental in bringing an abrupt end to their 25-years long marriage in 2011. However, their divorce was finally settled in 2017 as Arnold was reluctant to sign the divorce papers due to an unspecified reason.

After finalizing divorce in 2017, both Arnold and Maria have moved on and started a new life with new counterparts. They are on good terms with each other and have mutually decided to raise their children. 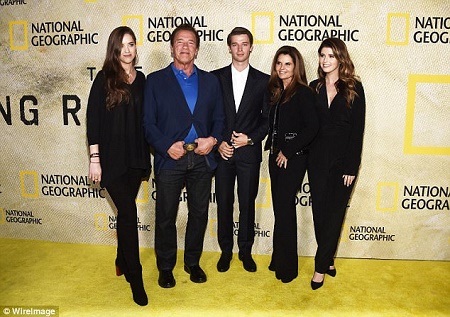 Arnold photographed with his grown-up children

In the past, Arnold Schwarzenegger has been romantically linked to the likes of beautiful actresses, models and charming ladies such as Vanessa Williams, Gigi Goyette, Rachel Ticotin, Brigitte Nielsen, Eleanor Mondale, Sue Murray, Kellie Everts and Barbara Outland Baker.

As per the report, Vanessa Williams slept with Arnold to land a role in 1996 movie Eraser.

Similarly, Arnold was in a relationship with Gigi from 1989 to 1996. It is speculated that Arnold dated Rachel Ticotin during the filming of Total Recall. He had an affair with Barbara Baker from 1967 to 1971.

Arnold Schwarzenegger was involved in a sex scandal with his Los Angeles housemaid Mildred Patricia Baena. As per the report, Patricia was hired by Arnold to oversee and act as caretaker for his home in Los Angeles in the year 1991.

Not much detail has been known about when did Arnold and Patricia started having an affair, but apparently both Patricia and Maria became pregnant with Arnold's babies; at the same exact time in 1997. 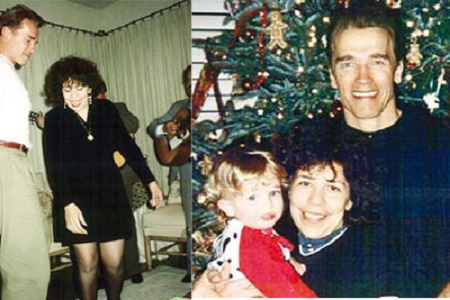 When Maria came to know of Arnold's illegitimate son with housemaid Patricia; there emerges conflict between the married couple; which had stayed sturdy for 25 years.

Arnold's sex scandal and affair with Patricia was the main reason for the divorce between Arnold and Maria in May 2011. Though, Maria had filed for legal separation from Arnold in 2011; it took them six years to finalize their separation; as Arnold had stalled the entire process by not signing official documents.