Home Article Al Sharpton is Dating someone after Divorcing former Wife Kathy Jordan, Who is his Girlfriend?

Al Sharpton is Dating someone after Divorcing former Wife Kathy Jordan, Who is his Girlfriend? 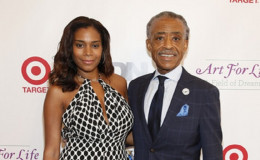 Al Sharpton, after facing an official divorce with Kathy Jordan is dating a gorgeous lady at present.

Al Sharpton after being divorced twice is dating someone. He was married to Marsha Tinsley maintaining the relationship only less than a year. Later, he tied a knot to Kathy Jordan and shares a daughter together.

They are no longer together as they divorced in 2004. Al is reportedly in a relationship with someone. So who is his new girlfriend? Find out here.

Reverend Al Sharpton is reportedly dating lady Aisha McShaw. The couple made their first public appearance in the year 2013 while attending the New York County Democratic Committee Award back in 2013.

The pair seemed pretty much in love with each other. 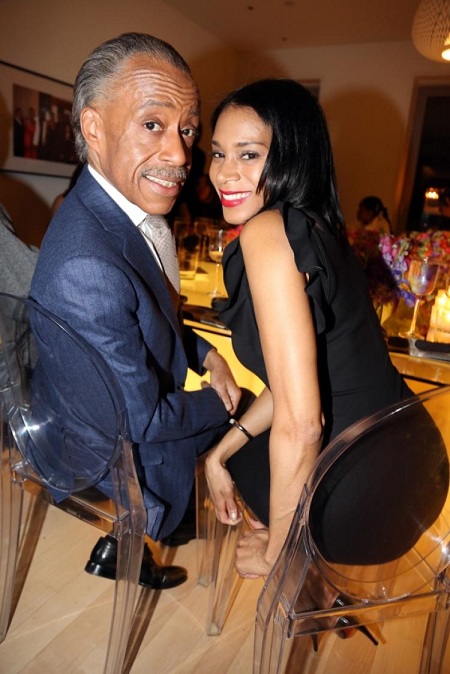 It's the first relationship the activist accepted in front of media after his break with former wife Kathy Jordan in 2004.

The New York Daily News reported that when the lady was asked questions about her relationship with Al, she disclosed,

As per some reports, Sharpton and Al have been dating since black-tie events around the state in the year 2013.

Al Sharpton; His Past Married Life

It is said that the American host wedded Marsha Tinsley in past; the married life lasted less than a year. The reason and further information about the couple is still a mystery. 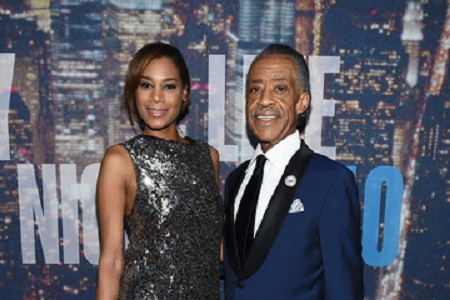 Al and Kathy Jordan together in an event, Source: Zimbio

Later, he met Kathy Jordan, a backup singer while touring with James Brown in 1971. After dating for few years Sharpton and Jordan exchanged vows in 1980, however, the couple faced an unexpected split in the year 2004. 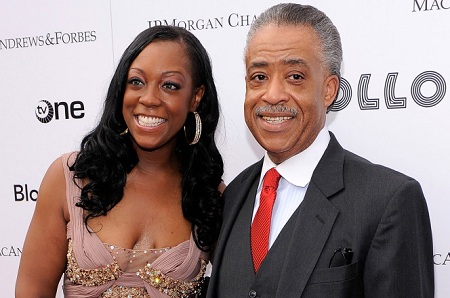 They have a daughter named Dominique Sharpton,30. She recently married Marcus Bright at the Greater Allen AME Cathedral in Jamaica on 15 October 2017.

Dominique and Marcus run Education for a Better America, affiliated with her dad's National Action Network. 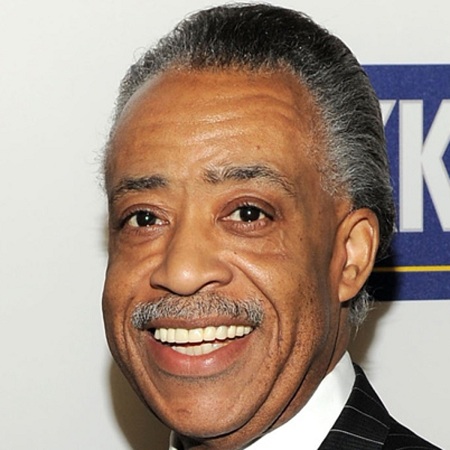