Everything to Know About Alec Baldwin and Hilaria Baldwin's Relationship 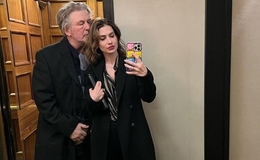 Alec Baldwin and Hilaria Baldwin have been married for almost a decade: The duo shares seven children!

Best known for his roles in Path to War, Nuremberg, Will & Grace, The Cooler, 30 Rock, and The Departed, Alec Baldwin is a celebrated actor whose career spans over four decades in the industry. Baldwin has long rules the business as one of the most critically-acclaimed actors, with several accolades under his belt, including three Emmys, three Golden Globes, several Screen Actors Guild Awards, and an Oscar nomination.

Alexander Rae Baldwin III was born on April 3, 1958, in Amityville, New York. Before making his onscreen debut on the daytime soap opera The Doctors, Baldwin had cemented his reputation as a Tony and Emmy-nominated Broadway actor. The actor's personal and professional life has been in the spotlight since Alec's unfortunate and fatal incident on the sets of Rust last year, which killed cinematographer Halyna Hutchins and injured director Joel Souza.

Alec and Hilaria Baldwin (Thomas) have been married for more than a decade and together have seven children. Although the duo's relationship started as a whirlwind romance, with the pair coming across each other in 2011 and quickly tying the knot in 2012, Alec and Hilaria have come far along as a steady couple. And we believe their bond has only grown stronger, especially after the horror that unfolded on Rust's set in October 2021. 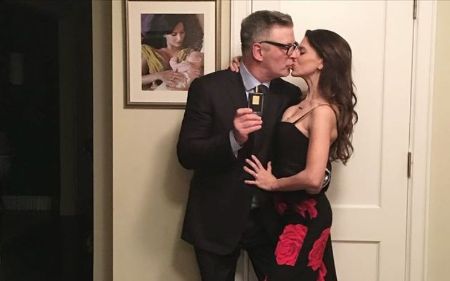 Alec and Hilaria have been married for more than a decade. SOURCE: Instagram

The Cooler actor was previously married to actress Kim Basinger and was divorced for almost ten years when he met his now-wife Hilaria in early 2011. Within months of their first meet-up, the twosome was already sharing an apartment. Alec and Hilaria said their I do's on June 29, 2012, at the Basilica of St. Patrick's Old Cathedral in New York City, and welcomed their firstborn, Carmen Gabriela Baldwin, on August 23, 2013.

The pair has since expanded their brood to include six more little Baldwins. "People ask why," Alec said while addressing fans' curiosities about their fast-expanding family. The 64-year-old actor added, "being a parent is the ultimate journey." In another statement, the Oscar-nominated actor says, "One of the most beautiful things my children have experienced with a big family is how the heart can grow with every new sibling."

The Baldwin couple has had many ups and lows in their relationship, including two miscarriages, which Hilaria revealed in 2019. "We are very sad to share that today we learned that our baby passed away at four months," Hilaria shared on Instagram. The couple faced the biggest life challenge last year after the Rust shooting, which devastated the Emmy-winning actor. 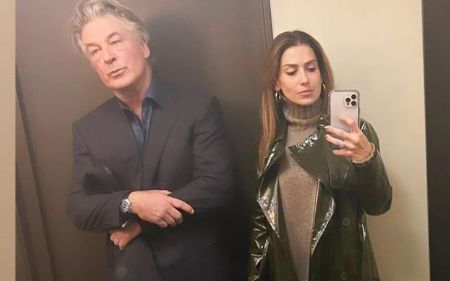 Baldwin, who is playing the titular character in the upcoming Joel Souza-directed Rust, accidentally discharged a gun, which resulted in the death of Halyna. Aftermath the Rust shooting, the 30 Rock actor shared how his wife pulled him out from the dark place and helped him process his emotions.

Get to Know Alec Baldwin's Wife!

Although better known as the wife of Oscar-nominated Alec, Hilaria's slew of feats make her a star in her own right. Hilaria is a yoga instructor, entrepreneur, podcaster, and author. Born on January 6, 1984, in Boston, Massachusets, Hilaria claims to have spent most of her life in Spain. The mother of seven sparked a massive scandal in 2020 for allegedly impersonating a Spanish person. 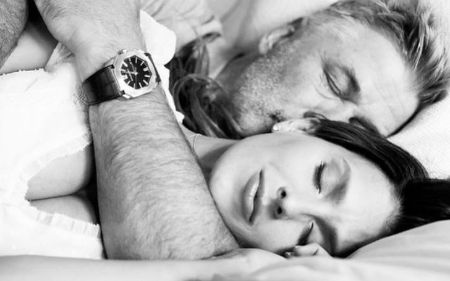 Hilaria is a yoga instructor, author, and entrepreneur. SOURCE: Instagram

Internet suspected Alec's wife of faking her Spanish ancestry. The media and trolls dug out a number of Hilaria's clips, where she can be heard with a varying degree of Spanish accent. "It's very strange thing and you can just be living your life," Baldwin said about the mounting hate on her social media. The entrepreneur adds, "there's not something am doing wrong and I think there is a difference between hiding and boundary."

At 64, the Emmy-winning actor is a father of eight children. Alec takes much pride and joy in being a father, and perhaps that's why the 30 Rock actor continues to expand the Baldwin bunch. Baldwin shares his eldest, Ireland Baldwin, with his ex-wife Kim. Ireland, 26, is a model and DJ. Unquestionably the most famous one of the big Baldwin brood, Ireland, has had a strained relationship with her famous father. 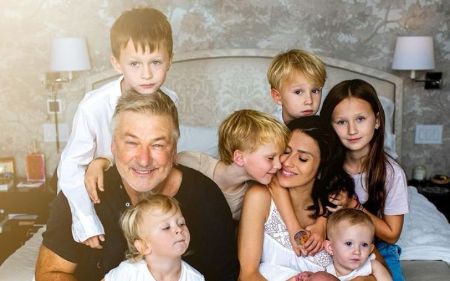 The Baldwin pair are parents to seven kids. SOURCE: Instagram

The model-turned-DJ and Alec have had their ups and downs- quite publicly but are now seemingly at peace. "She's a caring person who has always respected my relationship with my dad, and I have a great relationship with her," Ireland said about her stepmom. The Path to War actor and the yoga instructor welcomed their firstborn, Carmen, in 2013. Carmen is a recurring face on her parents' social and can be seen doing crafty stuff most of the time.

Alec and Hilaria welcomed their seventh kid in September!

The Baldwin couple was blessed with a son Rafael in 2015, followed by their son Leonardo, in 2016. The duo had their fourth kid, Romeo, in 2018. Hilaria and Alec's dream of expanding their family appeared bleak in 2019 when the yoga guru lost two kids in miscarriage, but the hope returned with Eduardo's arrival. Born in 2020, Hilaria called Eduardo her "rainbow baby." The twosome's sixth and seventh kids, Lucia and Ilaria, were born in 2021 and 2022.