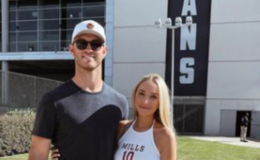 Davis Mills is a quarterback for the Houston Texans in the National Football League. In this article, learn all about Mills' personal life.

Davis Mills is a quarterback for the Houston Texans in the National Football League. The 24-year-old star is a player on the American football team. The Texans chose him in the third round of the NFL Draft in 2021 after he played collegiate football at Stanford and was later signed by the Texans.

Mills established himself as Houston's starting quarterback during his first season and broke the franchise record for most passing yards by a rookie in his first year.

Who Is Davis Mills' Girlfriend?

As per Latest News, Tori Wisted is Davis's current long-term girlfriend. Since they were in high school together, the couple has been dating each other and has remained in a committed relationship. They also went on dates together during their senior prom and frequently posted their pictures and posts with each other on social media. 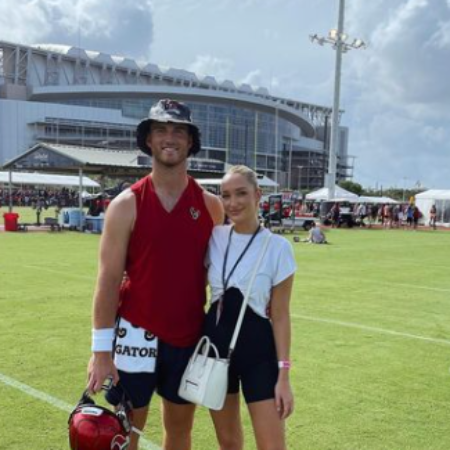 Wisted was born on June 18, 1997. Most of her family lives in the city of Alpharetta in, Georgia. She is the daughter of Daniel and Kathy Wisted, and she is the youngest of the three. Her brother Cooper and her sister Taylor also have careers in the financial industry.

Wisted was a member of the honors society and the Dean's list and was active in the events sponsored by her sorority. During his time as a college student, she served as an intern in marketing in both Los Angeles and Atlanta.

In 2020, following graduation, Tori began working as an IT recruiter for IDR Inc. in Atlanta. In the following year, she was promoted to the position of account manager. As of 2022, Wisted is a company development management team member.

Davis Mills was born on October 21, 1998, in Atlanta, Georgia, and later attended Greater Atlanta Christian School in Norcross, also located in Georgia. In his career, he threw for a total of 6,290 yards and 66 touchdowns. Mills was chosen to participate in the 2017 U.S. Army All-American Bowl, but unfortunately, he could not do so since he sustained an injury. 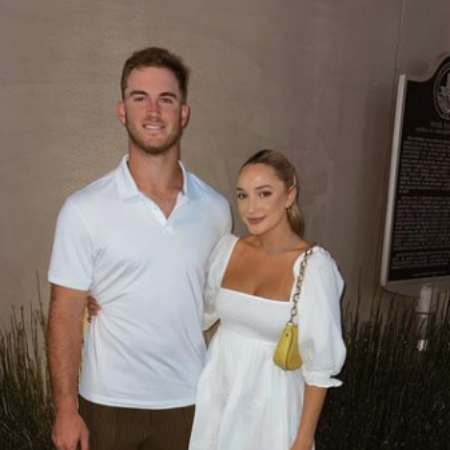 Mills was considered the best quarterback in his graduating class and was rated as a five-star prospect overall. He participated in no games for the Stanford Cardinal during his freshman season in 2017, wearing a redshirt. As a backup for K. J. Costello in 2018, he participated in just one game during the season.

Davis began the year 2019 serving as Costello's backup, but after Costello was injured, he started six of the eight games that the team played. In the game against Washington State, he threw for a school-record 504 yards and set the record with that performance. At the end of the 2019 campaign, he completed with a completion percentage of 158 out of 241, a passing yardage of 1,960, 11 touchdown passes, and five interceptions.

Mills participated in five games during the pandemic-shortened 2020 college football season that Stanford played in. He completed 129 of 195 passes for 1,508 yards, seven touchdowns, and three interceptions.

During the third round of the 2021 NFL Draft, the Houston Texans picked Mills as the 67th overall pick in the overall draft. On May 26, 2021, he became a member of the Texans by placing his signature on a rookie deal worth $5.2 million over four years.

Mills was allowed to compete for the backup quarterback position behind Tyrod Taylor when current starter Deshaun Watson was ruled inactive. He made his debut in the National Football League during the second half of the game against the Cleveland Browns in Week 2 after Taylor was hurt. He threw for 102 yards, a touchdown, and an interception in the loss that ended with a score of 21–31.

The following week, Mills was allowed to make his first start against the Carolina Panthers. In this game, he threw for 168 yards and a score. Mills had a poor performance against the Buffalo Bills in Week 4, completing just 11 of 21 passes for 87 yards and four interceptions in a 0–40 loss to the Bills.

After Taylor's return in Week 5, Mills resumed his role as the backup quarterback. Still, Taylor's lackluster play led to Mills taking over for him during the game against the Indianapolis Colts in Week 13, which resulted in a shutout loss of 0–31. The decision to make Mills the starter for the rest of the season was made public shortly after the game.

Mills recorded his first victory as a professional quarterback in Week 15 against the Jacksonville Jaguars. He was successful in 19 of 30 ball attempts for 209 yards, scoring two touchdowns and throwing an interception in the Jaguars' 30–16 loss.

Mills was allowed to start for the Texans in 2022 after Watson was sent to the Cleveland Browns in a trade and Taylor was released. Against the Indianapolis Colts, he started the season by completing 23 of 37 throws for 240 yards and scoring two touchdowns.