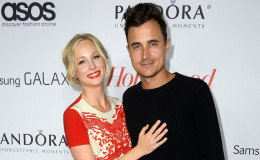 Candice Accola, an accomplished American actress, and singer famous for "The Vampire Diaries" portraying the role of Caroline Forbes is married to Joe King.

The couple tied the knot in 2014 and is raising three children together. Let us find out more about Candice and her loving husband Joe in today's section!!!!!

Candice and Joe's story started back in 2012 when they met at a Super Bowl event in February 2012 for the first time and it did not take much of a time for them to fall in love.

Both of them were obviously happy; it was their wedding day!!!! Accola took an Instagram account share her happiness. She shared a video of them dancing with a caption.

Here is the video of them dancing for the first time!!!!Awwww!!!!!

Such an incredible wedding!!

Candice and Joe not only had a big wedding ceremony, their honeymoon also grabbed headlines. The couple soon after their marriage took off for their honeymoon 'a paradise' in the private five-star island and resort in Belize, Cayo Espanto.

Let's go away for a while, you and I, to a strange and distant land, where they speak no word of truth but we don't understand anyway -Weezer

And then she jumped off the boat with some island man

The pair free all the rumors of divorce and extra affairs is living a blissful family life. Joe from his previous relationship has two children; daughters Ava King and Elise King and along with them Candice gave birth to her first baby Florence May King on January 15, 2016.

The family of five is happy together!!!!!!

I want to freeze this moment and keep it forever ?? #stopandsmellthebabybreath #theygrowsofast

Candice, blessed with her talent in music and acting field debuted her music career in December 2006. She released her first album "It's Always the Innocent Ones.

Accola has also rewritten the female version of American Hi-Fi's "The Breakup Song" as "Our Breakup Song" and was a part of 2008 3D concert film Hannah Montana & Miley Cyrus: Best of Both Worlds Concert. She even performed the cover of "Eternal Flame" by The Bangles on 'The Vampire Diaries'. 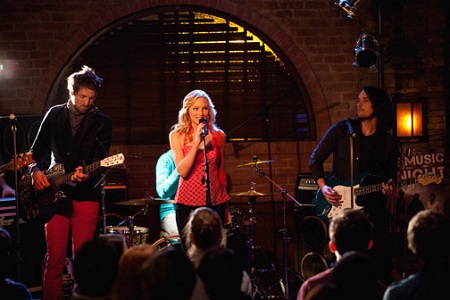 She is also a talented actress. Candice's appearance can be seen in  "How I Met Your Mother", " Supernatural" and "Drop Dead Diva". In July 2009 she starred in the independent horror film 'Deadgirl' and in the same year she was cast in "The Vampire Diaries" which became a huge step for her acting career.

In June 2012, she joined the second season of the web series 'Dating Rules From My Future Self' as Chloe Cunningham who doesn't believe in love but ironically that year she met her love, Joe King.

Candice recently gave a hint that she would be reprising the role of Caroline in 'The Originals' Season 5. Best of luck to her!!!!! 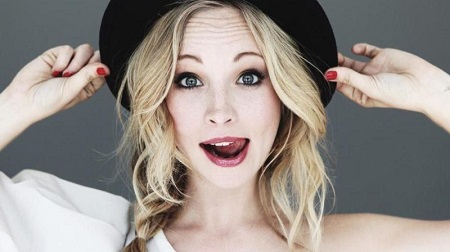