Home Article American Baseballer For 'Washington Nationals' Bryce Harper Is Married To Wife Kayla Varner Since 2016; The Couple Once Called Off Their Engagement

American Baseballer For 'Washington Nationals' Bryce Harper Is Married To Wife Kayla Varner Since 2016; The Couple Once Called Off Their Engagement 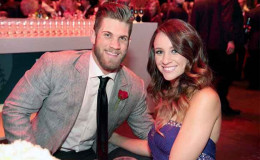 When two people are destined to be together, even the end feels like the beginning. After what was supposedly thought to be the conclusion of their love story, it turned out to be a beginning of a beautiful new chapter strengthening their bond better than ever. Bryce Harper is enjoying a blissful married life with Kayla Varner.

When two people are destined to be together, even the end feels like the beginning. After what was supposedly thought to be the conclusion of their love story, it turned out to be a beginning of a beautiful new chapter strengthening their bond better than ever.

Bryce Harper is enjoying a blissful married life with Kayla Varner. Let's get more details of their beautiful wedding, multiple engagements, as well as the similar passions of this adorable duo.

Bryce Harper is married to the beautiful Kayla Varner. They tied the knot on 17th December 2016, at the San Diego Mormon Temple. Their family and friends made sure the night was memorable as they partied all night at San Diego's iconic Polo fields. 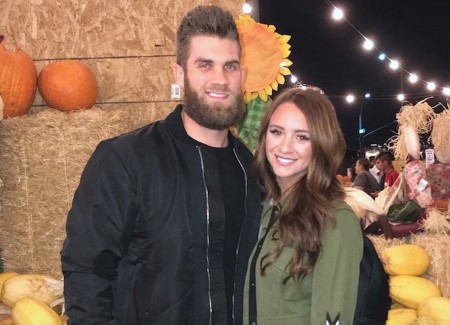 "We made a grand entrance at the reception and then, we had a quick ring ceremony… We did it in the middle of the dance floor surrounded by our bridal party and all of our family and friends."

"My grandpa explained what we did in the temple, and then, we actually had our videographer do a same-day edit. So he kind of gave a little video of us at the temple so people could get a little piece of that too."

In fact, the couple wanted to make sure everybody would fit inside, so they paid to have a huge barn on the property.

For Time & All Eternity #mrandmrsharper

At the wedding, Kayla wore a white gown which was designed by Penelope Perkins, while Bryce opted for a classic suit made by Stitched. Moreover, impressively Harper's wedding day jacket was lined with photos of his bride.

Since everyone is asking about the inside of the suit, here it is! Thanks to @STITCHEDlife for making this happen! You're the best! pic.twitter.com/g2GwuAEWK0

Meanwhile, the cake was not ordinary either. They got a donut cake from VG Donut and Bakery.

Also, see; Are Made in Chelsea star Ollie Proudlock and girlfriend Emma Connolly still Dating? Know about their Affairs and Relationship

Earlier, Harper and Varner were initially engaged and planning to get married in January 2015, but the two did not take their wedding vows at the time.

Rumors back then suggested the couple split for a few months. Kayla disappeared from Harper's social media posts for some time which made the public think the duo had parted ways.

However, in July 2016, the pair was spotted together at the ESPYs. Their second engagement announcement arrived in July 2016 through Instagram.

ESPYS last night with my love. So proud of you, B! Oh and WERE ENGAGED... Again  #TheSequel #AllStarBreak

A few days later Kayla took to Instagram once again, but this time to display her engagement ring.

The couple later spent months planning for their big day but they couldn't control the weather. The entire ceremony was beautiful except it rained that day and they decided to embrace the mother nature.

One of the reasons for the strong bond between this pair is the fact that they share similar passions. They appear to find joy in doing similar stuff. Most notably, this adorable duo spends a lot of time dining out. 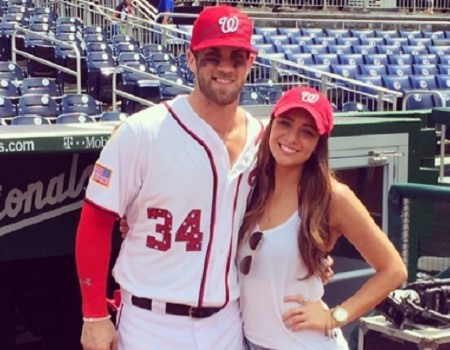 The description of their account reads "A couple trying to show the world that food babies can be more appealing than abs".

The account is filled with pictures of food the pair ate together, which includes ice cream, snacks, burger, steaks and so on. As of August 2018, HarpEats has 34.k followers!

This beautiful couple takes some time off their busy schedule to give back to those in need. Bryce began his charity named Harper's Heroes after merging with LLS (Leukemia & Lymphoma Society).

Moreover, in 2016, Bryce strived to raise money for children unfortunate enough to be battling cancer, by starting his own hat line.

Meanwhile, Kayla is involved in charity work too. Her bio on Twitter provides a link to the charity that assists children to receive education in Haiti, called Alliance for Haiti’s Children. Besides, she supports her husband's charity work as well.

Members Of The Mormon Church

The couple, both natives of Las Vegas are members of the Church of Jesus Christ of Latter-Day Saints. Kayla has shared a link to the church's website in her Instagram bio. Moreover, she often shares pictures before and after attending church.

In fact, the pair's fondness for such places meant they got married at the well renowned San Diego Mormon temple in December 2016.

"I dreamt of being sealed in the San Diego Temple, and Bryce agreed that this was the right place for us."

Furthermore, during a 2014 interview with The Washington Post, the baseball star said he follows the traditional Mormon culture of restraining from alcohol. He carries a strong belief in protecting his body. 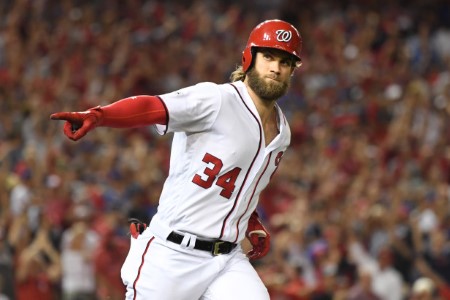