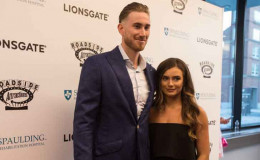 It's not easy to balance your professional career along with your personal life, especially when you are blessed with two adorable daughters who seem to be growing each day. An incredibly loving wife on top of that comes with its own amazing perks as well as a few challenges.

It's not easy to balance your professional career along with your personal life, especially when you are blessed with two adorable daughters who are growing each day in front of your very eyes. An incredibly loving wife on top of that comes with its own amazing perks as well as a few challenges.

A brilliant player when he steps onto the court, Gordon Hayward knows what it's like come through adversity. After a horrific injury in 2017, he couldn't be more delighted with the efforts of all three family members who did their best to lift his spirits.

Gordon Hayward is married to his wife Robyn Van Vilet (now Robyn Hayward). Back in 2013 when Gordon was 23 and completed his college, Robyn had just finished her high school. 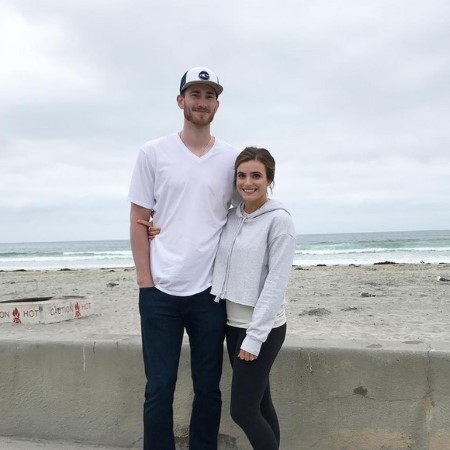 It's not clear how the lovebirds first met, but both of them reportedly grew up and went to school in Indiana. After dating for five months, the pair decided to take their relationship to the next level through an engagement ceremony on the Christmas Eve of 2013.

The adorable duo tied the knot on 24th May 2014. The ceremony was held at St. Simon the Apostle Church in Indianapolis.

Gordon and Robyn share two children together. In February 2015, the basketball star announced on his blog he and his wife were welcoming a new member to the family. Their first daughter Bernadette Marie Hayward was born on 6th June 2015.

Subsequently, Gordon expressed his delight on his website. He said:

"I’m really excited about becoming a dad. We’re starting the next chapter of our lives together, and I’m ready for it. We found out that Robyn was pregnant a while ago, but we didn’t tell anybody because we wanted to make sure everything went well in the first trimester."

The NBA star added, his wife had gone for a checkup recently and everything looked good. Since Robyn was going to start showing soon, he figured it was a good time to share the news with everyone.

Gordon further stated in the post, Robyn was "very excited" adding they had already made plans to turn one of their rooms into a nursery.

A happy birthday to my baby girl Bernadette Marie Hayward! So proud of my wife! Love them! #HaywardFamily pic.twitter.com/n4QMuMgzaW

Besides a few days of morning sickness, the pregnancy went well as per Gordon. He revealed Robyn was induced before giving birth causing some major discomfort. The Celtics star said seeing her in such intense pain was "one of the most difficult things I’ve had to watch in my entire life".

"It’s still kicking in how much our lives have changed. We’re obviously very early in the parenthood experience. Bernie is still so small, but each and every day she feels more like a person."

"Once she starts crawling around, making noises more, and she’s more active, it will be a little different."

During the 2016 Summer Olympics, Hayward was supposed to represent Team USA. However, he did not travel to Brazil because of his wife's second pregnancy.

Happy to announce the birth of my second baby girl! Blessed for her to be happy and healthy. Robyn did so well! pic.twitter.com/4ef8f7lsn7

Gordon soon needed to find the right balance between playing basketball and spending time with two beautiful daughters. Speaking on this, the Celtics star said:

"Balancing everything is something that has been extremely difficult for us."

Gordon claimed it’s not just about balancing time for both Bernadette and Charlotte to get the attention they each need and deserve. Moreover, it’s also about allowing Robyn to still be who she is, and not just being the mom.

Hayward sympathized with Robyn having to stay at home every day and take care of the girls. He said:

"All moms probably know: If you just have to sit at home all day, every day, it can drive you insane."

On 10th July 2018, it was reported the Hayward duo is expecting another baby girl. Earlier, Gordon said that if the couple ever has a boy, they are going to name him Gordon Jr.

Gordon Hayward's Spirits Lifted By His Family After Gruesome Injury

As Gordon was on a road to recovery after his season-ending injury in the 2017-18 season, both his daughters appeared to lift the spirits of their daddy.

During the first quarter of the Celtics' opening game of the season, Hayward suffered a devastating injury as he fractured his left tibia as well as dislocated his ankle.

Earlier, merely a day after the horrific injury, Robyn updated her Instagram writing "Gordon is so tough and is the strongest worker, so I know he will come back stronger."

I truly believe this! Thanks for all the prayers for Gordon and our family. It sucks, but this is what happens and you move on to the next step. Gordon is so tough and is the hardest worker, so I know he will come back stronger. He's wired differently. Gordons a true competitor and will take this and use it as fuel to be that much better. This is an obstacle that he's more than ready to over come. Keep praying for him though he needs some lovin!

There's no doubt the entire family of four (soon to be five) are absolutely adorable together and immensely care for each other! 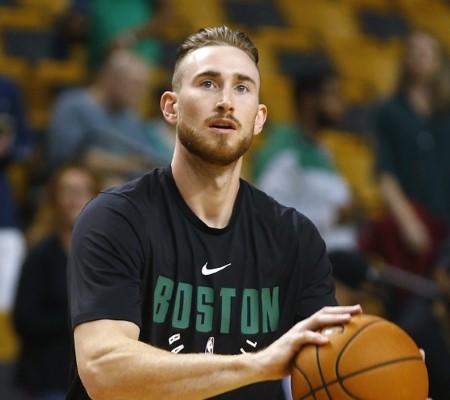