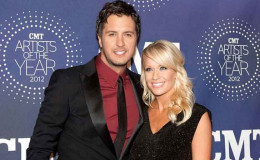 Quickly becoming one of the biggest names in country music, Luke Bryan has had his wife Caroline Boyer by his side just as long as the mega-star has been in the hype.

Fans of the singer have been dying to know about their relationship details. So, let's dive into the story behind their love life!!

Luke Bryans seems to be enjoying his life with the family of four!

The 42-years-old singer is just having a wonderful time in his life with his college sweetheart, Caroline Boyer. The couple met at a bar in Georgia while they were attending Georgia Southern University in 1998. 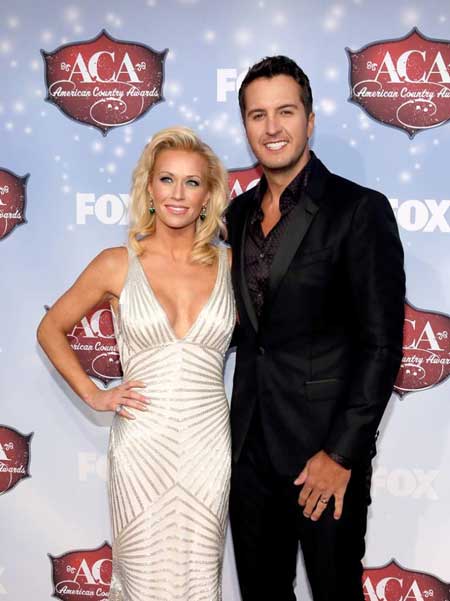 Luke and Caroline have been dating since college and are happily married
Source: Heavy

The couple was in an on-and-off relationship for a few years before parting their ways for a length of five years gap. Well, Bryans told the Huffington post about the story behind their breakup,

"Caroline was three years younger than me in college. I was about done with school when we met. So I kinda went off and did my thing in Nashville and she finished up her college experience and it kinda allowed us to both go get our feet a little firmer on the ground."

The pair eventually reconnected when Bryan performed at a bar in Statesboro and tied the knot on 8 December 2006. The pair is blessed with two sons named Thomas Boyer Bryan 'Bo' and Tatum Christopher Bryan 'Tate' who was born on 18 March 2008 and 11 August 2010 respectively.

Boyer told in an interview about their dating period,

"He was always a gentleman. We hung out as friends first and he never made a move on me. I kissed him first! He was always so scared of making a girl feel uncomfortable, he wouldn't cross a line."

Luke's older sister Kelly and her husband passed away in accidents in 2007 and 2014 respectively and Bryan became the guardian of their children, named Tilden who lives with them.

Click To Know More; What Is David DeLuise Doing These Days? See His Relationship Status

The singer is active on his Instagram and often shares pictures with his wife and children. Both the couple has shared several pictures of them together and with their children spending some wonderful times of their lives. Luke also posted a picture on Mother's day where two of their boys were hugging the parents with an adorable message, "Happy Mother’s Day to the best mama in the D worlds."

Happy Mother’s Day to the best mama in the D worlds.

Luke is currently busy with his professional life and touring for his concerts. His next concert is in Portland on 11th October so his fans have pretty much bought their tickets.

Let us hope that more light shines on their relationship and we get to hear some pretty exciting news about their married life in the near future.

Winning Several Awards In His Career, Luke Bryan's Story Of His Rise To Limelight!

Luke has made a huge name for himself during his career. The singer won the Academy of Country Music Awards for Top New Solo Vocalist and Top New Artist in 2010.

He also won several awards from American Country Music Awards for his single ‘I Don’t Want This Night To End’ from the album 'Tailgates & Tanlines' which was recognized as the Best Album of the Year during 2011-2013.

Can't get enough of ya Montana #WhatMakesYouCountryTour

Don't Miss; Lauri Peterson; Her Married life with Husband including her Children, a son and a daughter

His work has also won him 'Artist of the Year' award a couple of times in some award shows including American Country Countdown Awards, Billboard Music Award, and others. 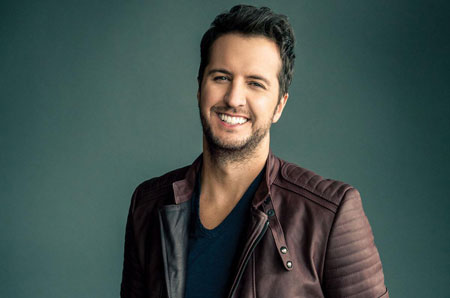