Home Article American Drag Performer Alyssa Edwards Dating A Boyfriend Or She Is Secretly Married To Someone?

American Drag Performer Alyssa Edwards Dating A Boyfriend Or She Is Secretly Married To Someone? 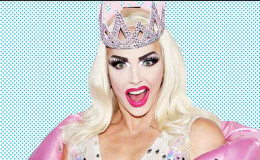 When you make a name for yourself people will follow you regardless of your gender, race or ethnicity.

People in the 21st century understand that all people, regardless of their gender are equal. They believe that being queer is not wrong and the queer people deserve the same respect that the straight ones do.

Alyssa Edwards is an American drag performer. A man by birth who wears women's dress and acts as an impersonator of a woman. Often referred to as both a transgender woman as well as gay, she is the winner of multiple awards. If you wanna know about the personal life of this talent, you made it to the right place.

American Drag Performer Alyssa Edwards Dating a Boyfriend or Secretly Married to Someone?

There are multiple professions that define Alyssa Edwards. In addition to being a drag performer, she is also a businessperson and dance choreographer. She rose to prominence after winning Miss Gay America in 2010. She further fueled her fame by participating in RuPaul's Drag Race in 2012.

Alyss Edwards as a female impersonator,
Source: The Advocate

Edwards is currently in a long-term relationship with a boy named Marco. She started dating Marco from March 30, 2014, however, they do not fantasize their love that much.

In 2014, she shared a video entitled "Alyssa Edwards' Secret - Alyssa's Boyfriend Marco" in which she is having a romantic conversation with Marco. It is proof that Alyssa is open about her relationship but still, she shares about her affair very less often. Furthermore, they rarely show up in the public together.

References have it that Alyssa once twitted saying that she had the best boyfriend, Marco, in the world. However, she reportedly deleted the tweet some months later. People do not expect Marco to make a public statement because he is known only in association with Alyssa.

This duo is in a romantic love life but Alyssa's fans are interested to know if she is already married. Well, as of December 2018, she is still waiting for her most special day. A day might come soon when you suddenly hear the news of Alyssa and Marco's wedding.

Alyssa rose to fame not despite but because of being a queer character. She earned a fortune by adopting dance as her profession.

The talented dancer, Alyssa is also a businessperson. She owns a dance studio named Beyond Belief Dance Company in Mesquite, Texas of the United States. Alyssa is the chief executive officer of the company and also gives classes to young dancers.

Moreover, she is currently drafted by the Netflix Original Series "Dancing Queen". Her Instagram and Twitter accounts are flooded with her acting projects. It means she is really into acting.