Home Article American host Jedediah Bila engaged to her boyfriend; Is the Couple Planning to Get Married?

American host Jedediah Bila engaged to her boyfriend; Is the Couple Planning to Get Married?

American host Jedediah Bila engaged her boyfriend; Is the Couple Planning to Get Married?Also, see her Early Life and Career

Jedediah Bila, the c0-host of ABC's show, The View, is one of the leading female journalists on Instagram. The fit reporter shows no setbacks on her physical and mental health despite entering her late 40s.

But sadly for her male fans, the reporter just got engaged to Jeremy Schur. So after putting the ring on her finger, Has the couple made the decision to wed sooner, rather than later?

The pair were dating for some time now and it was about time, they take a step further and get engaged. Their relationship was under wraps and the pair never mentioned their secret relationship to anyone.

But then, Jedediah dropped a big bombshell after she shared the picture of her boyfriend bending on his knees and gifting her a ring.

Her boyfriend took her out for a romantic breakfast in order to pop out the question.

And nevertheless, he did surprise her, as out of nowhere, he went down on his knees and asked her if she'll marry him and she said, 'Yes.'

While appearing on the show, The View, the host revealed that she and her boyfriend are officially engaged. She flashed her ring for the audiences as well as for the co-host, Whoopi Goldberg, and Joy Behar. 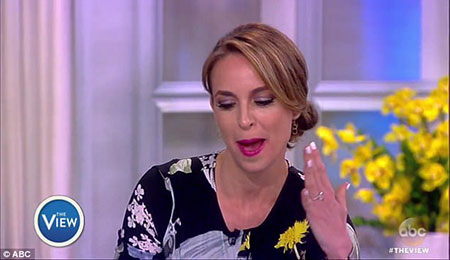 The reporter showed her bling while hosting the show, The View, Source: Daily Mail

While flashing the big rock, she asked her audience,

'Can anyone in the audience see anything different about me?'

She loved the ring, even though, it is pretty big for her finger. The reporter looked especially happy and good vibes were drooling all over her face.

Is the Pair Getting Married?

So all things considered, are we going to hear the wedding bells? Well, the pair is not likely to marry sooner as they're going to enjoy their relationship right now.

Jedediah and her boyfriend are in no rush to get married so soon, They'll enjoy their relationship, for now, Source: International Business Times

They are keeping their relationship low profile and doesn't want any interference from the media. The 38-years-old host is one of the hottest reporters around and her soon-to-be husband is quite lucky, to say the least.

Although, her fans are still salty about the fact that she is now engaged. Well, all they can do now is look at her pictures and smile.

But we know that inside, you're happy for her as your idol is going to marry a good man. 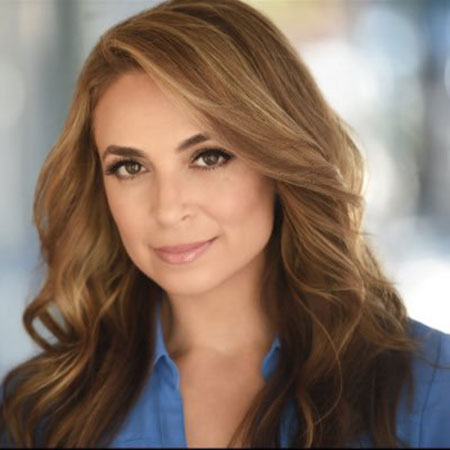