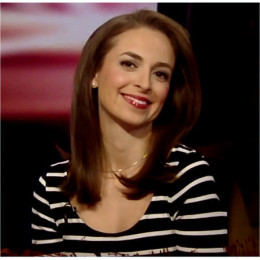 She is a radio and television host, radio personality, author, columnist and contributor on Fox News and Fox Business programming who currently is co-host of “Outnumbered” on Fox News. She graduated valedictorian from Wagner College holding a degree of B.A. in Spanish and a minor in Business Administration. Similarly, she achieved Master of Arts from Columbia University in Spanish literature.

Talking about her personal life, she has stayed a bit of low profile in this regard. There is no any exact details about her personal life. She once dated a handsome but much older guy than her during her teen age but due to some reason they got separated. His name has not been disclosed yet. Since then there is no any record of her affairs and her current status. She has not been a part of a controversy yet as she has maintained her good image.