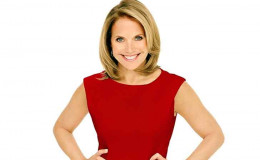 American journalist and author Katie Couric has always been everyone's favorite TV personality. She was completely devastated when her husband, attorney John Paul "Jay" Monahan died of colon cancer in 1998. The mother-of-two, however, managed everything and did a new start after some years living a single life.

American journalist and author Katie Couric has always been everyone's favorite TV personality. She was completely devastated when her husband, attorney John Paul "Jay" Monahan died of colon cancer in 1998. The mother-of-two, however, managed everything and did a new start towards life.

Couric is now happily married to husband John Molner. They have been living a conjugal life since 2014. Both being married twice, they have every reason to celebrate their togetherness.

Katie Couric immediately fell for her future husband John Molner but it took some time in case of Molner.

It was rather coincident how she met Molner via her friend Molly. During an interview with PEOPLE's Editor-in-Chief Jess Cagle in The Jess Cagle, she shared some details about her past days with Molner. 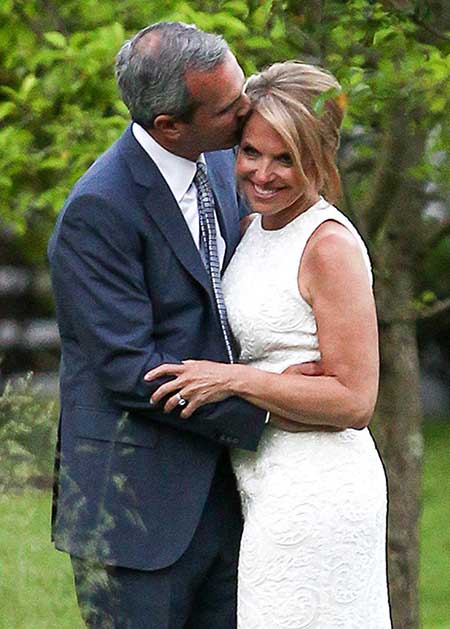 Katie Couric with her husband John Molner
Source: US Magazine

"In 2012 I was single again and I asked a friend of mine, Molly, whose husband is a trauma surgeon if her husband knew any other doctors because I thought I’d like to go out with a doctor."

"And so she thought about it and she said, ‘We don’t really know a doctor, but we do know this banker named John Molner.’ And I said, ‘Does he have a pulse?’"

When Molner never called her, Couric again made the second attempt and asked her friend about him again. The two met at a restaurant and things just got started since then.

After two years of dating, Couric engaged to the financer in September 2013 and finally exchanged vows on 21 June 2014 in a small, private ceremony at her home in The Hamptons.

The bride looked gorgeous in an ivory crystal beaded and embroidered Chantilly lace gown while the groom looked dapper in a dark blue suit and crisp white shirt.

Couric posed with three of her friends in matching hit pink dresses during the ceremony and her daughters also attended the event. It was the second marriage of both Molner and Couric.

The CNN Evening News anchor's first husband died of colon cancer while Molner separated from his first wife with whom he has two kids Allie and Henry.

Talking about her married life with Molner, she said,

"It took me a long time [to marry again] because I loved being married and I love being married now. And I’m not a solitary person. I like the company. And John is so funny. He’s just got this incredibly dry and wry sense of humor, and he doesn’t take himself too seriously. And he’s just fun to be around."

The couple appeared together in the online cooking series named 'Full Plate with Katie & John' on the Sur La Table website.

We wish them all the very best for their blessed life ahead.

Couric was previously married to John Paul "Jay" Monahan in 1989. Everything was awesome between the two and their relationship was going on without a break.

They welcomed their first daughter Elinor Tully "Ellie" Monahan in 1991 in Washington, D.C. and the second daughter Caroline "Carrie" in 1996 in New York City.

The family life of four was an example for many but everything changed all of a sudden when her husband died of colon cancer at the age of 42 in 1998.

And to Jay. Thinking of you and what we created together. We love you and miss you. I think you would be so proud of your girls. #fathersday

Despite the bitter moment Couric didn't break down and became a spokeswoman for colon cancer awareness. Not only the colon cancer, she became the part of National Breast Cancer Awareness Month on 7 October 2005 and shared her own mammogram on the Today show.

She's also active in the National Hockey League's Hockey Fights Cancer. In addition to it, she appeared in some public service announcements and did many voice-overs. 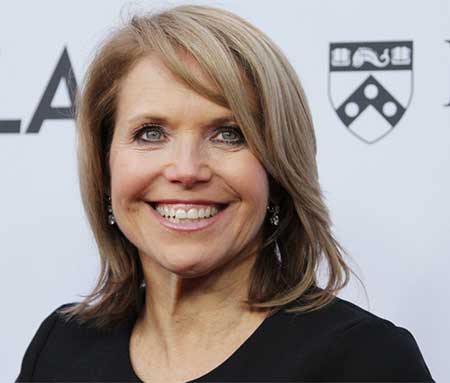