Home Article American meteorologist Maria Molina Timmer Married since 2015; Is she expecting any Children with Husband?

American meteorologist Maria Molina Timmer Married since 2015; Is she expecting any Children with Husband? 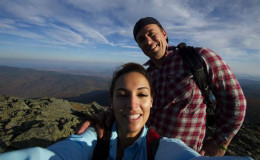 American meteorologist Maria Molina Timmer Married since 2015; Is she expecting any Children with Husband? Find out her Career and Early Life

Maria Molina Timmer, otherwise known as Maria Timmer, made quite an impact during her time as a meteorologist in Fox News Network.

She left the network in order to pursue her Ph.D. and currently studying in order gain further knowledge down the road. She married Reed Timmer in 2015 and the pair is living out their blissful married life together.

Maria and Reed Timmer-Match Made In Heaven

There aren't many couples who could say that they are a match made in heaven.

People from different backgrounds come together and become partners for life, but when your passion matches, it's something else entirely. 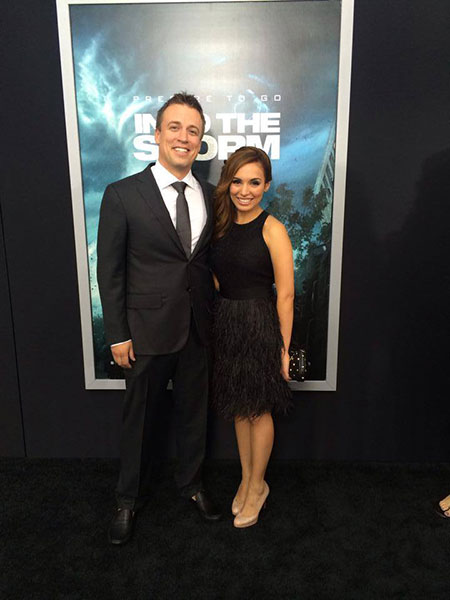 Maria and Reed are an ideal match for one another, Both of them works as a meteorologist, Source: The Lost Ogle

Both, Maria and Reed, shares the same passion for weather reporting and you can only imagine, how they celebrated their engagement and wedding.

The pair exchanged rings on 6th October 2014, after dating for short while. Looks like a short term was enough for them to know each other and they decided to put the ring on it.

In order to celebrate their engagement, they featured in a romantic photo shoot and as both of them are a weather reporter, naturally, they took pictures to personify their work and passion. 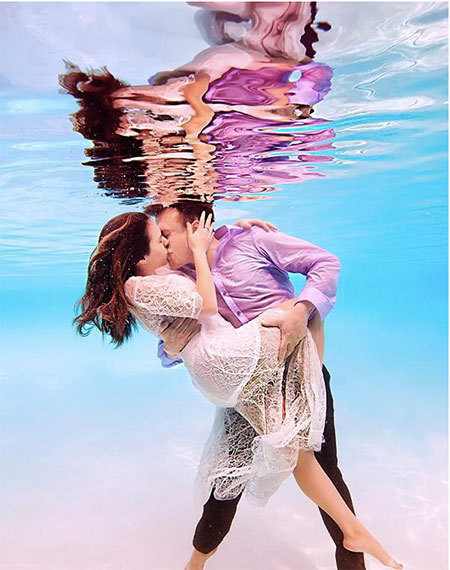 They shared beautiful pictures to commemorate their engagement, Source: MLive

And as fate would have it, one-years from the engagement, the pair got married on 26 December 2015. They choose to start their new life together in New Year. 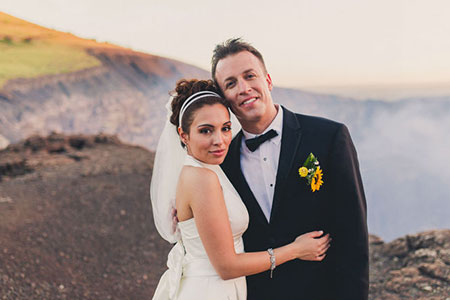 The pair got married late 2015 after getting engaged in 2014, Source: MLive

And as their post-engagement photography, the duo exchanged vows, while surrounded by active volcanoes. Not so much of a romantic place, but for them, it was like a heaven.

It took place on top of Masaya Volcano in Nicaragua, one of the most active volcanoes in Western Hemisphere. After the ceremony, while talking about the location of their wedding, the duo stated,

"We were lucky enough to see the glow of the magma at sunset right after the ceremony,"

Pretty weird choice of location, but for them, it's like a heaven, as they stated above. The duo lives at their residence in Nicaragua. There is currently no news of Maria pregnancy or she expecting any children with husband. 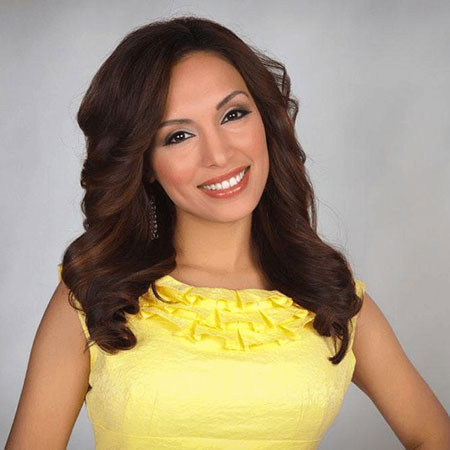