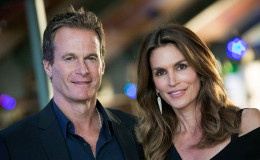 American Model Cindy Crawford Living Happily together with her husband Rande Gerber and Children, Without any Divorce Rumors

The beautiful and sizzling, Cindy Crawford is still a big desire for many young guys out there despite her age. From the beautiful

From the beautiful Kendall Jenner to the hot and sexy Gigi Hadid, we've seen various supermodels, but none of them compare to the radiant and everlasting beauty of Cindy.

Maybe that's why her husband Rande Gerber never let her out of his sight and the couple is nearly together for 20-years now.

Let's take a close look at the conjugal life and see how the couple is managing to stick to one another for so long? 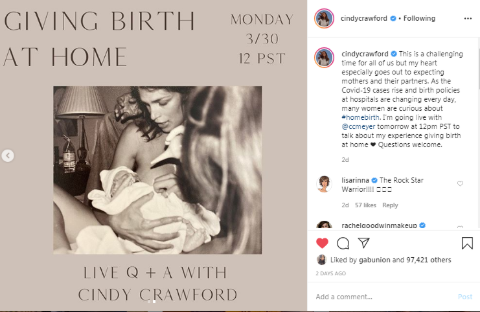 The blonde beauty didn't just reveal an intimate look at her personal experience but she's also offering to answer any questions fans probably have in the case. It benefits them to make a more informed decision regarding their own birth plan.

Believe it or not, Cindy welcomed both her kids, Presley and Kaia via home births. After not telling anyone about Presley's birth due to negative backlash, Cindy is now opening up on the experience.

The 54-year-old took a cute snap of breastfeeding her baby via Instagram on Sunday. She captioned, "This is a challenging time for all of us but my heart especially goes out to expecting mothers and their spouses". She ended with "I'm going live with ccmeyer tomorrow at 12 pm PST to talk about my experience".

Cindy was a big model back in the 1980s and 1990s. She featured in some of the most coveted magazines in the world. During her modeling career, she was the face of magazines like Vogue, W, People, Harper's Bazaar, Elle, Cosmopolitan, and Allure. 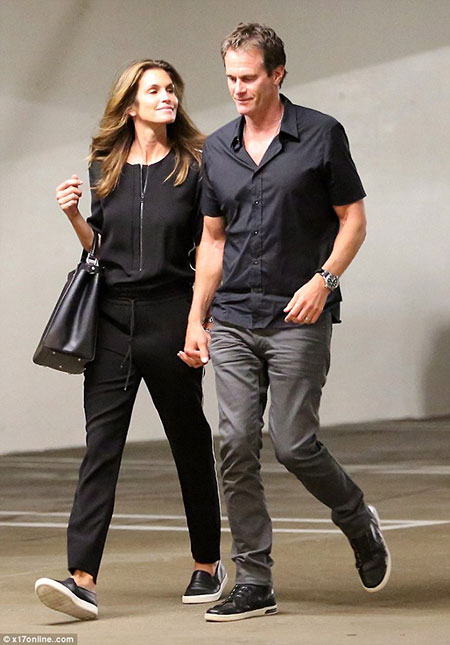 Rande and Cindy going out for a hot dinner date in Beverly Hills, Source: Daily Mail

Her husband Rande, an American businessman, is certainly lucky to call Cindy his wife. The couple tied the knot on May 29, 1998, after knowing each other for a certain amount of time.

This was the first marriage for Rande whereas, for Cindy, she married him after divorcing her first husband, American Gigolo Actor Richard Gere in 1995.

Despite having a failed marriage before, Cindy's second marriage didn't produce the same output. The love that they share with one another is immeasurable and both of them still love to hang out with each other. 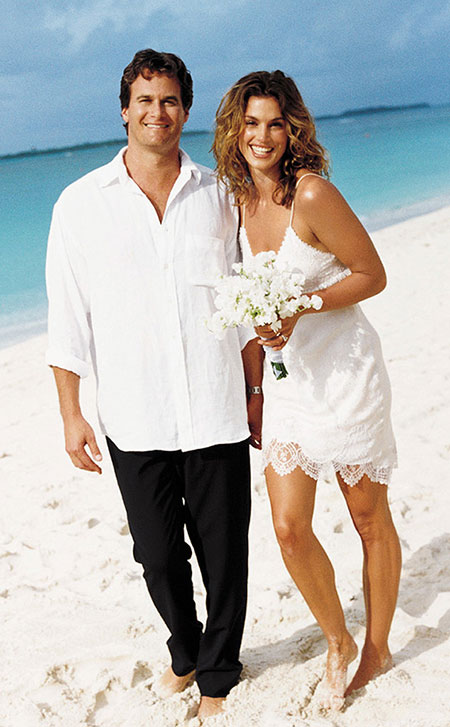 The couple married in a romantic destination in an Island, Source:  Pinterest

Be it any red carpet event, award function or a romantic getaway in any exotic island, the couple don't leave each other's side for a single moment.

Two Children Between Them

Their beautiful marriage wouldn't be complete without their two children. They welcomed their first child, Presley Walker, born July 2, 1999. 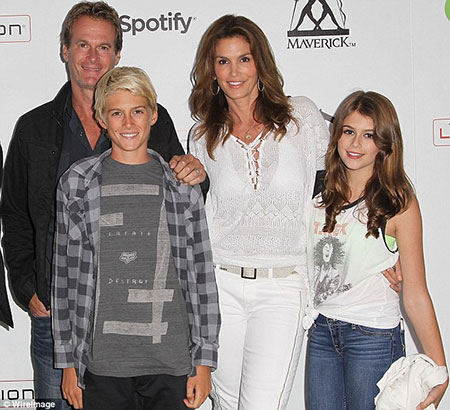 Rande and Cindy with their children during an event, From L to R- Rande, Presley, Cindy, and Kaia, Source: Pinterest

And after two years since their son's birth, their second child, a girl named Kaia Jordan was born September 3, 2001. Both their children are following their mother's footsteps and started their respective careers in modeling. 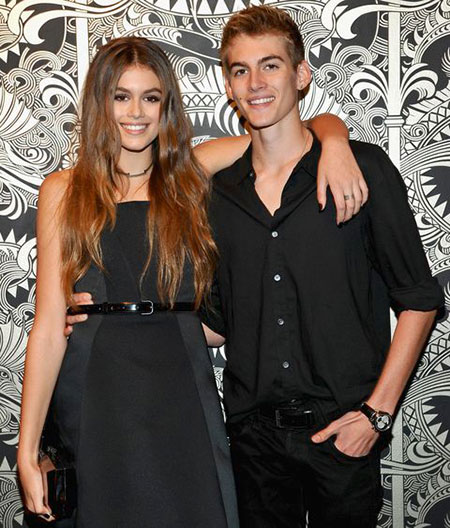 Presley and Kaia, both are modeling from a young age, Source: Pinterest

The couple lives together with their children at their residence in Malibu.

During an interview, Cindy revealed how she takes care of her husband and children together. She stated,

"We don't live in New York or LA, but in Malibu, which is more like a village. I make my husband a priority and don't take things for granted. If I'm away for three days, then I make sure I'm around the next week. I'm very realistic about how much time stuff takes and I find the balance."

It's been often said that a relationship is successful when you're willing to compromise for your better half and that's precisely what Cindy has done. 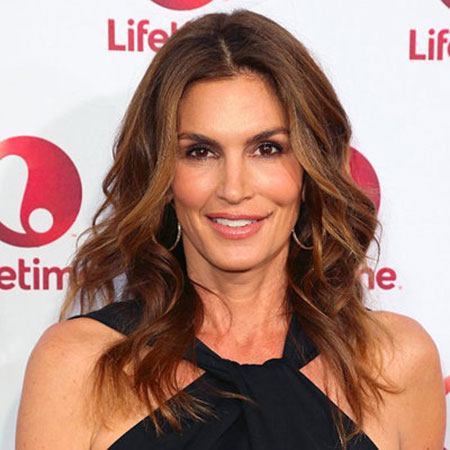 Be sure to check out Marriedwiki.com for more content.