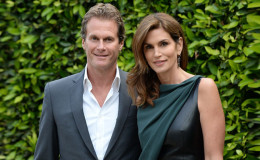 Cindy Crawford and her husband are like relationship goals. Let us find out more about the couple's relationship and how are they living together blissfully.

Cindy Crawford is recently seen vacationing and wearing a bikini and we must say even at 51, she looks hot!!! and have proved that she is still a supermodel.

She is also a married woman. Cindy and her husband Rande Geber is living a blissful conjugal life and is celebrating a 19-years of successful marriage.

There are people who never go out of style and Cindy's a prime example of it. During her recent break from the city bustle at Saint Barth, she posed topless and the temperature was rising. 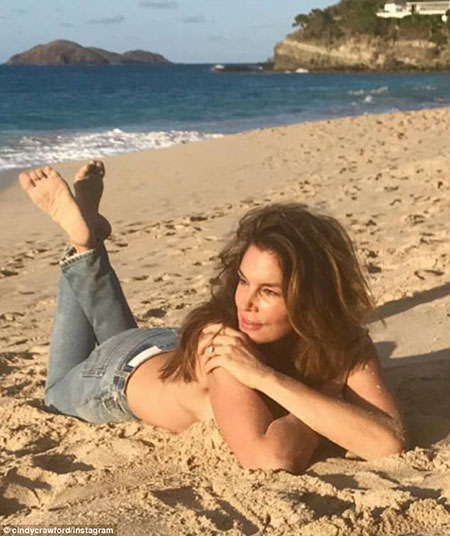 The once Supermodel enjoys a nice holiday with her family. The Gerber family surely knows how to spend their free time together.

Forever in Denim. Thanks @VogueMagazine! #momjeans

Enjoying spring break with my honey!

Her daughter Kaia Gerber looked like an exact replica of her mother when she wore a bikini like her mother wore in the 90s. 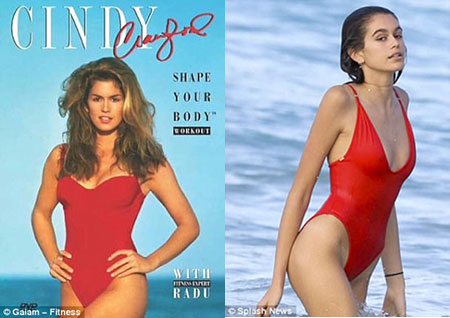 You can see for yourself and tell us down in the comment section if you also feel that Kaia is a spitting image of her mother.

Cindy said that making her husband the utmost priority is the key to success. During a recent interview, she said,

"I make my husband a priority and don't take things for granted."

From the above statement, one can tell she doesn't take her relationship for granted, not in a million years. 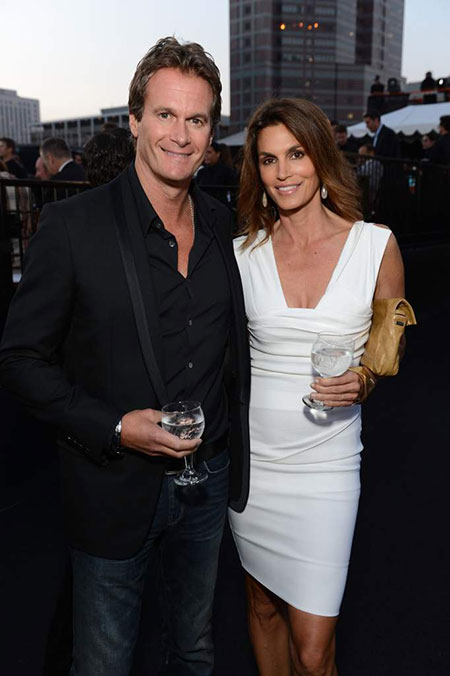 Rande and Cindy in a party, Source: Heavy

Time is of the essence here and not once Cindy's gone for more than 3 days without her family. She also stated,

"If I'm away for three days, then I make sure I'm around the next week. I'm very realistic about how much time stuff takes and I find the balance."

Well, we can say that the balance is pretty strong here. The couple got married on May 29, 1998, and is stuck with each other ever since.

She is currently enjoying her family life with the second husband and two children. Previously she was married to famous actor Richard Gere. 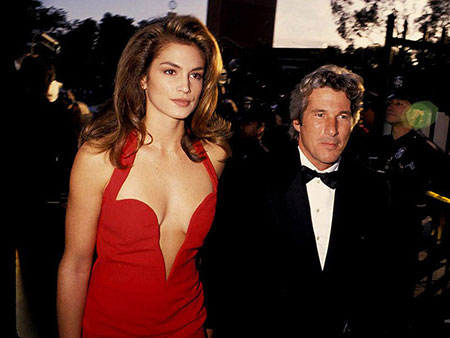 This is her second marriage as she tied the knot with Pretty Woman actor Richard Gere on December 12, 1991. The marriage didn't work out and they got divorced in 1995, four years after their marriage.

She blames the massive 17-year age gap between the former flames and not able to see one another. She stated,

“We didn’t spend enough time together. And we’re equally responsible for that. We thought it would be okay if we just flew in from Paris to L.A. to get together for a night to see each other. It wasn’t.”

But after spending two decades with her husband Rande, she now says that Richard is a stranger now as they don't see one another as often as they used to. 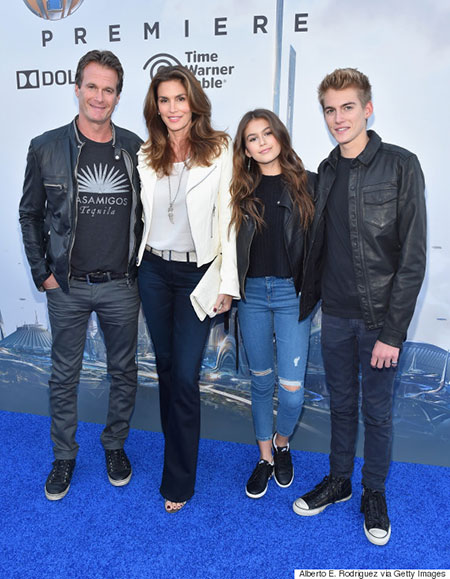 Well, the couple's currently living at their house in Malibu, California and they have two children between them named. Kaia Gerber, born September 3, 2001, and Presley Walker Gerber, born July 2, 1999. 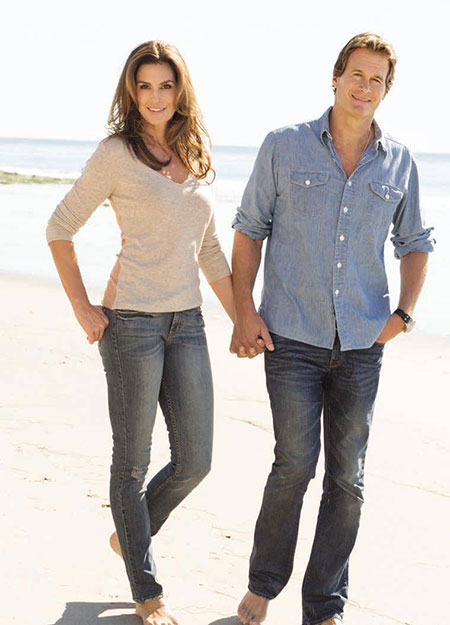 No news of their divorce and the couple still loves each other very much. They have our utmost respect and they will continue to be a role model to all the new couple out there.