Home Article American music singer Frankie Ballard: Girlfriend or wife? He seems to be busy in career and single

American music singer Frankie Ballard: Girlfriend or wife? He seems to be busy in career and single 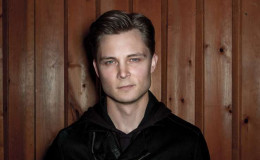 American music singer Frankie Ballard is not only winning millions of hearts through his soulful music but also from his charming looks and charismatic personality.

There are lots of people especially women who are wondering that with whom this amazing singer is hooking up these days!

Well, here is good news for all the ladies out there that Frankie is currently single. According to some source, he is very much single and is not dating anyone.

Is Frankie Ballard married or dating someone?

Well, the current relationship status of the talented singer is single. However, one thing is for sure that there are millions of single girls out there who are desperately willing to be with Frankie.

What it's all about ???? pic.twitter.com/puZsHOpD0I

There is no doubt that Ballard is very popular nowadays and there are certainly many people who want to know why this gorgeous singer is still single.

Even though he has not been in any sorts of relationship lately we can assume that he is quite romantic and he definitely knows how to impress his girl.

In one of his interviews, when asked about his ideal dating moments he answered that he loves to spend a summertime with his lady love.

Similarly, he added at the time of dating he loves to have a dog and also lots and lots of beers and if it’s a dinner date then it should be in Italy.

He surely is a very romantic person and any girl will be very much happy and lucky to have him in her life.

Frankie must be very busy and focused on his career right now which is why he has not been involved in any relationship. Because of his growing career seems like the singer might not get married or have a girlfriend anytime sooner.

Frankie started his singing career in the year 2008 when he signed up for Kenny Chesney’s Next Big Star competition and won the show.

However, he gained a massive media attention and popularity when he appeared on the Grand Ole Opry and also on major tours with Bob Segar and Taylor Swift.

He released his first single in 2010 ‘Tell Me You Get Lonely’ and in 2011 released his second single, ‘A Buncha Girls’. Both songs got a good review but were an average hit.

He said, “I was disappointed those two records weren’t bigger hits and I looked at everything that had gone into them.”

Similarly, in 2013 Frankie released his third single; ‘Helluva Life’ and the song became number one in early 2014. This was only the beginning for him and since then he has not looked back.

Apart from singer the talented singer is also a baseball player. He has played baseball from his college, Mott Community College and also continued to pursue baseball by playing in the NCAA with Western Michigan University.

Well, we must say he is a multi-talented personality. However, currently we know him as a talented singer and his voice has been famous for its vintage style and timeless sound.