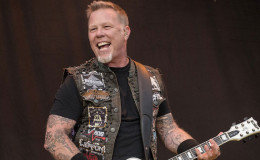 James Hetfield, best known as the founding member of the Metallica alongside band members Lars Ulrich, Kirk Hammett, and Robert Trujillo. The accomplished singer, and songwriter, Hatfield is also the winner of nine Grammy Awards.

Are James Hetfield and wife Francesca Tomasi still together?

James Hetfield, a leading American musician, and his longterm girlfriend turned wife, Francesca Tomasi is united as a life partner for over two decades now. Despite being a celebrated personality and a longterm relationship, the duo never involved themselves in extramarital affairs or divorce rumors.

The cupid is considered powerful as well as beautiful pair today. The cupid is blessed with three adorable kids. One thing that is common between the two is, both of them are natural beauty and quiet environment lovers. Francesca is a kind of woman who can easily deal with Hetfield's anger issues.

The American Musician James Hetfield left millions of hearts behind the bar after getting married to the love of his life. Unlike other musicians, James is truthful to his lady ever since he tied the knot. 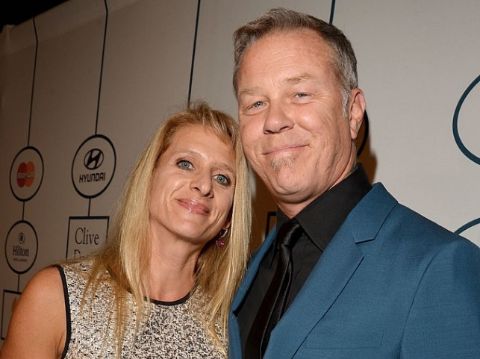 Well, James Hetfield relishes a beautiful married relationship with his longtime girlfriend turned spouse Francesca Tomasi for over two decades. Successfully, Hetfield walked down the aisle with Francesca on August 17, 1997.

Wonder when did it all happen?

James met Francesca during Metallica’s tour Wherever We May Roam, for their Black Album. As a matter of fact, Tomasi worked as their wardrobe beautician where luckily by fate, the pair fall in love.

However, the lovebirds fell in love at first sight as a scene from classic movies. Some of the sources claim that the pair kicked off their relationship in 1992.

Yes, indeed they started their romance after the end of the band tour in 1992. After remaining in a romantic relationship with Francesca for over five years, Hetfield became the first one to make a big step proposing her to be with him the entire life.

Surprisingly, Tomasi couldn't reject the lovely man with an alluring voice and a beautiful heart and later vowed to never leave him. They indeed remained truthful and in faith enjoys a long life journey with their lovely children.

Down the line of their lovey-dovey, James and Francesca became the proud parents of three children. The pair welcomed their first kid; Cali Tee Hetfield, a baby daughter on June 13, 1998, who followed the footprints of her father becoming a passionate singer. Sometimes she plays alongside her father.

Similarly, the duo welcomed their second child Castor Virgil Hetfield on May 18, 2000. Likewise, Francesca gave Hetfield the honor of becoming a dad for the final time with the birth of Marcella Francesca Hetfield on January 17, 2002.

Be that as it may, together the happy family lives a blissful relationship with his wife and children. There are no extramarital affairs and controversy aroused after the pair hitched, which may hinder the romance of this duo.

The Hatfield's resided at their Los Angeles County, California until James bought a mansion worth $23 Million in Vail, Colorado, US.

It's not a surprise for a Hunk with looks and powerful voice to bag some ladies down the music venture. Similarly, before tying the knot with Francesca, James remained in a dating relationship with a few other ladies. 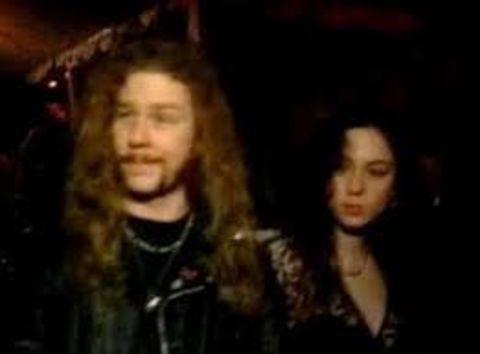 James Hetfield and his ex-girlfriend

Initially, Metallica's Hetfield dated Marlo Broaddus in 1983. However, it all turned out to be ashes as the couple parted away, from brief romance.

Similarly, after a year of dating Marlo, James immediately hooks up with Leah Storkson in 1984. But, the lovey-dovey didn't last long after the pair parted their own ways while things suddenly cooled off. 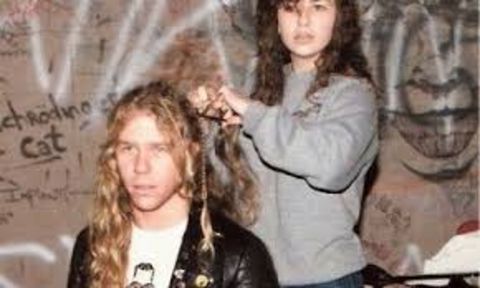 In addition, Teresa Haynes and Alycen Rowse are the other beauties with whom the American singer is known to have dated. Yet, Francesca became the only one, whom James awaited for a long time. 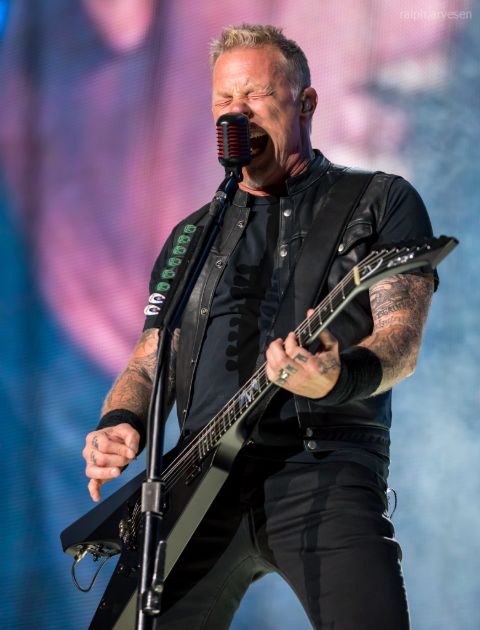