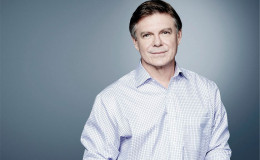 Martin Savidge's amazing professional life may be obvious to you all. But many of you barely know that his inspirational career holds many sacrifices in his personal life with wife Bliss Savidge and kids.

NBC's Worldfocus host and anchor Martin Savidge never thought he would find someone perfect for him until he met his now lovely wife, Bliss Savidge.

The pair dated for a long time before getting married in the year 1989. Though the two have shared limited information about their family life, we've managed to share some glimpses of their low-key yet perfect married life.

Being an accomplished reporter and being the best dad and perfect husband is not everyone's cup of tea.

Martin Savidge, the CNN Newsroom's anchor was often sent to cover world events all across the states due to which he was compelled to live far away from the family he loves so much. 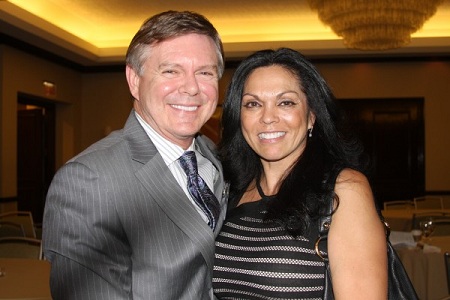 But despite all the odds, Martin and his wife are together, going strong each day. They tied knots back in November 1989. Sources say that the two dated for several years before tying the knot.

The TV personality hasn't revealed much about his family life but the two share some of their happy moments with fans via Instagram.

For 28 years today, my wife has had my back, been at my side and up front when it matters most. Happy anniversary to all Thanksgiving couples.

The pair share two children together who are all grown-ups now.

For his family, he left his Atlanta-based NBC job and started working in New York as an anchor for the nightly news program, Worldfocus.

"There were so many times when I would disappear and go off to cover wars in Afghanistan or Iraq, which are just two of at least 10 wars — I think that's the count we came up with as a family — that I've covered. Whenever the kids wanted to see what their dad was doing they could turn on the TV. And a lot of times their dad was wearing body armor and reporting from places far away and from places that were very dangerous."

"I think from a young age they realized their father was doing something very different, and it was something important, but something that took him very far away from them. So there were times when they would come to me, if it was possible, or we'd meet in a neutral, safe place like London or Paris. Because I struggle with the balance of the job I have versus wanting to be the father and husband you want to be. There's no question that this profession puts a strain on your family."

As the family and professional life must go on side by side, we wish Martin Savidge a wonderful life ahead.

Martin Savidge: A FlashBack To His Career

Martin started his career as a prime time anchor for WMBD-TV in Peoria, Illinois. He interned at WKYC and later joined WJW in 1984 winning nine Emmy Awards during the time he worked over there.

Despite being a local reporter, Savidge covered news from Vietnam, Russia, and Ukraine. In 1996, he was hired by CNN.

Fareeezing in Youngstown, Ohio!tune in to CNN to see how blue I’ll be at 4:55p and 745p

He reported for NBC News in New Orleans when Hurricane Katrina affected the Gulf Coast.

He's interested in covering international news and that's why he left NBC in October 2008 and joined Worldfocus as an anchor.

Savidge returned to CNN in 2009 and started working as a freelancer and again became a CNN staffer in March 2011.

He was declared the 2002 "Media Person of the Year" from the National Journalism Education Association. 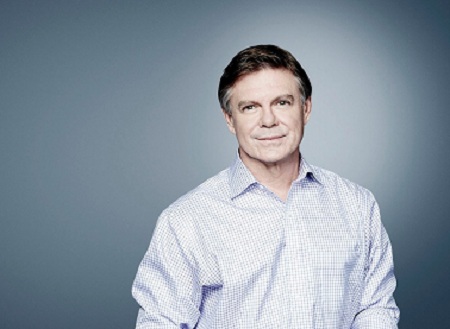