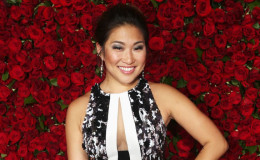 American South-Korean actress Jenna Ushkowitz Dating an Actor secretly; Who is the lucky guy? She was previously in a Relationship with actor Michael Trevino

Jenna Ushkowitz, famous for playing in the Broadway musicals like The King and I and Waitress, split up with her ex-boyfriend in good terms back in 2014. Since her break-up, the actress keeps a low profile personal life.

There is are various rumors that she is seeing someone as of now but the actress remains mum about the matter. Now the question is, are the rumors true? Let's find out.

Jenna Ushkowitz Is Dating Someone

Jenna first gained fame after her roles in a string of Broadway dramas. But her fans generally know her from the role of Tina Cohen-Chang in the series, Glee.

The South Korean-American actress played in the series from 2009 to 2015 and it really helped her grown in the entertainment industry. Her 760k followers on Instagram is a prime example of how famous she has gotten. 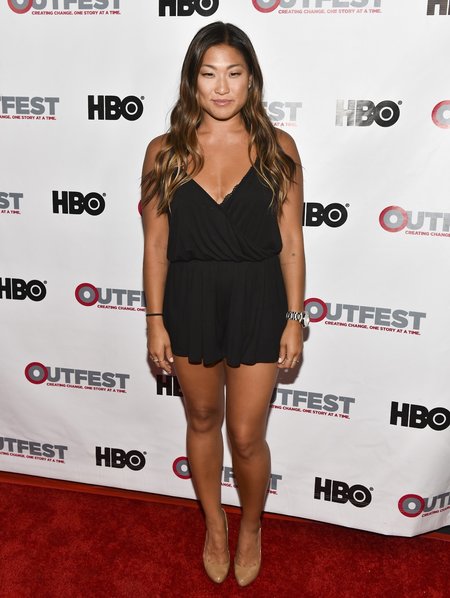 Jenna is single but is reportedly rumored to be dating actor Joshua Burrage
Source: Wikia

Just like her professional life she was enjoying a good solid personal life before her tragic break-up from then boyfriend. But looks like she might be on her way to find a new boyfriend.

If you follow Jenna on Instagram then you must have noticed she shares a lot of pictures with American theatre actor, Joshua Burrage. The duo looks rather close to each other and is usually going on vacations together.

Earlier this year the rumored couple went to freshen up their minds in the exotic beach of Mexico. Jenna uploaded a picture with Joshua while she stated in the caption, she would want to go back.

Now many of her fans are already shipping both of them. Well, we would love to see Jenna fall in love once again. Though Jenna hasn't said anything regarding her relationship with him.

For all we know, they are just good friends and nothing more. Only time and Jenna will tell whether they are dating. Till then, her relationship status remains, 'Single.'

Jenna Ushkowitz Previously In A Relationship with Actor Michael Trevino

The Glee star was dating The Vampire Diaries actor Michael Trevino back in 2011. Initially, the couple kept a low profile but when Jenna divulged in an interview with Ryan Seacrest that she and Michael are close, it raised many eyebrows. 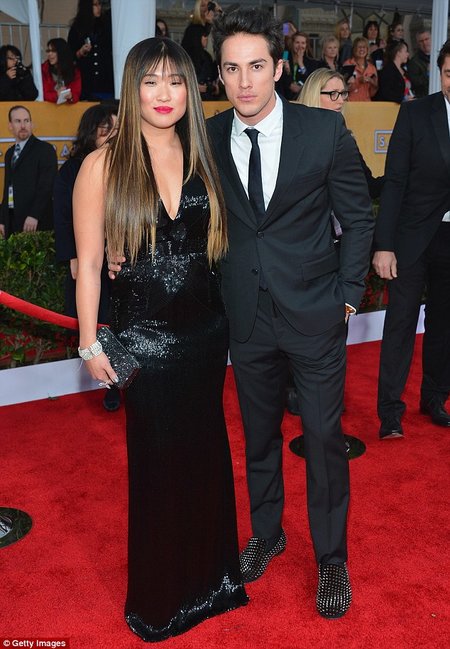 Both of them were dating since 2011 and dated for around three years before calling it quits in 2014. While she attended the premiere of the series, The Normal Heart in New York, she dropped the bombshell she is not together with him anymore.

A videographer asked her if they are together, she said,

'No, we're not together anymore.'

The actress also confirmed the break-up was amicable and they remain best of friends.

Happy birthday to my best friend, the one who has taught me how to laugh and love more and more everyday. Congrats on another year around the sun

And she even proved it when she wished her ex a Happy Birthday and Michael also wished her. 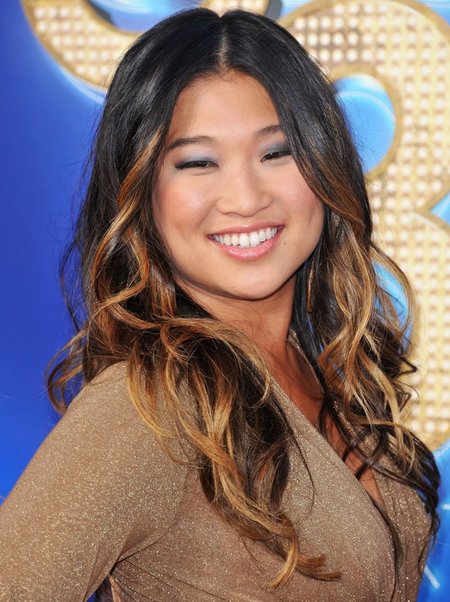