American television personality Kate Gosselin Divorced Husband in 2009; Is she Dating anyone? 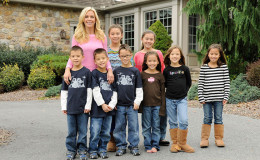 Kate Gosselin, the legendary mother of sextuplets plus twins, is currently looking for someone who will be willing to spend life with her.

She went on a few blind dates but still no luck. Seems trying her luck in the dating field hasn't been what she expected. Let's find out the type of guy she is looking for and be up close and personal with the reality star.

Kate Gosselin-Blind Dates with No Luck

Kate made national and international headlines when she gave birth to sextuplets back in 2004. The children were born prematurely but weren't diagnosed with any disease. 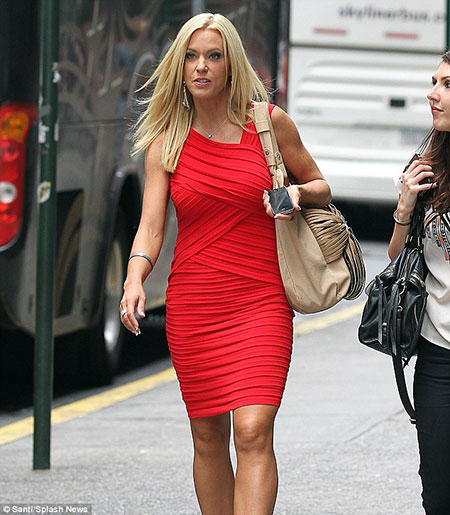 Kate is currently not dating anyone but she is trying her luck on blind dates, Source: Daily Mail

The 42-years-old mother of eight children is busy taking care of her children and working as the lead of the show Kate Plus 8.

And this may also be the reason she is trying her luck on dating. She went on few dates before but none of them seemed to work so far.

When her blind date asked if she is looking for a specific nature on her future boyfriend or husband, she stated,

“I do know that the person that comes around and sticks around – like if you are willing to take on eight kids, you have to be pretty darn tough, like, from the get-go."

Well, her opinion isn't bad as one really need to be pretty tough as taking care of eight children is not a small matter. 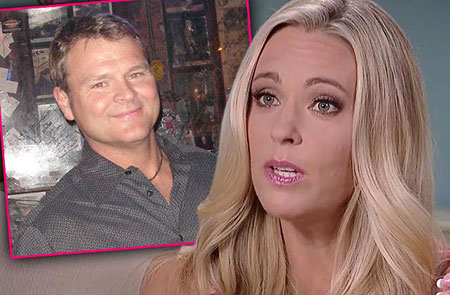 In 2015, she was dating millionaire Jeff Prescott, Source: Radar Online

After her divorce with husband, Jon Gosselin in 2009, she started dating millionaire Jeff Prescott. The pair started dating in early 2015 when both of them went on an intimate date in Philadelphia.

The pair broke after dating for a few months as Jeff dumped her and started dating a Belarus woman.

Kate Gosselin Divorce with husband in 2009

Kate married Jon Gosselin on June 12, 1999. The pair dated for a while before taking this big step towards their relationship. 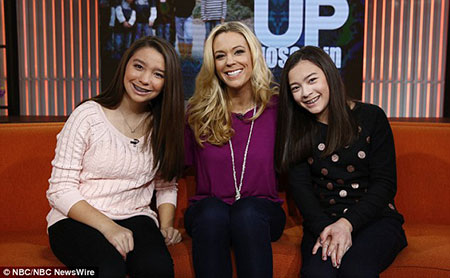 They welcomed their first children, twins, Cara and Madelyn, in October 2000. But life hit her hard as after giving birth to the twins, she became infertile.

In order to conceive again, she needs to undergo polycystic ovary syndrome and regain her fertility.

After her treatment, she became pregnant once again and gave birth to sextuplets, boys, Aaden, Collin Gosselin, and Joel, and daughters, Alexis, Hannah, and Leah. 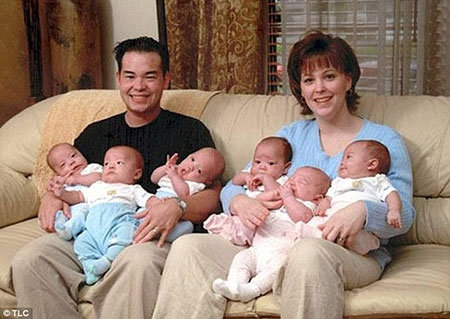 In the picture, Kate is holding her newborn sextuplets along with her husband, Jon Gosselin, Source: Daily Mail

She divorced her husband in 2009 due to irreconcilable differences. In the custodial battle, the reality star won the custody of her eight children, with her husband getting frequent visits.

Looks like the actress is handling her divorce pretty well. In an interview, after five years from her public divorce, she stated, the divorce taught her many things.

We wish she and her eight children share a bright future ahead. 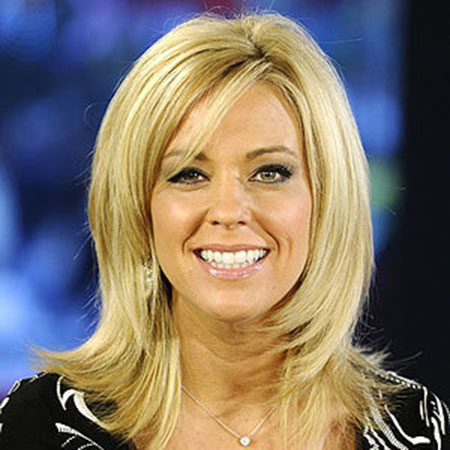