Home Article How Entrepreneur Chris Sacca Bulit His $1.1 Billion US Dollar Net Worth? His Journey From Debtor To A Billionaire

How Entrepreneur Chris Sacca Bulit His $1.1 Billion US Dollar Net Worth? His Journey From Debtor To A Billionaire 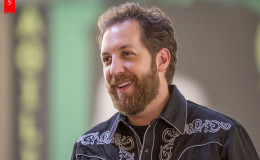 There's much to learn from the life story of billionaire Chris Sacca. He's a true source of inspiration for many as he made his mark in the world from a person in debt to a renowned billionaire over 10 years.

Chris Sacca is among those few self-starters who successfully made it to the top. With good judgment and a little luck, Sacca made his dream come true. He initially started investing in Uber and Twitter through his venture capital firm Lowercase Capital and currently, the entrepreneur has been successful in building a net worth of $1.1 billion.

How he built his billion dollars fortune? Details of his income sources and assets here!!

The former American venture investor, entrepreneur and company advisor Chris Sacca have an estimated net worth of about $1.1 billion as of 2018.  Chris falls under the list of 2nd Top tech Investors in 2017.

Sacca invested in Twilio, a cloud software company, which went viral in 2016. Now, he has been successful in placing his name in the list of the world-famous billionaires including Michael Moritz, Jon Doerr, and Jim Breyer. 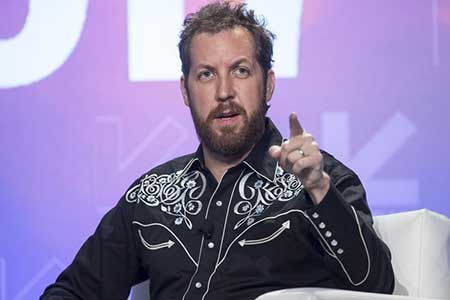 In the last ten years of his life, he has set his journey from nowhere to be worth over a billion dollars.

Chris Sacca's Assets Including His Houses And Cars

Billionaire venture capitalist Chris Sacca is living a happy married life with his wife Crystal English Sacca. The couple is currently residing in their Manhattan Beach home with three children. His wife Crystal is a partner at Lowercase and has written books like Sniff Guide to Become a Wine Expert: Take a Whiff of That."

He feels that it is very important for him and his family to live in the eco-friendly environment and that's how his homes and other properties are designed. Sources reported that he paid $5,225,000 for the 5000-square-feet property spending a total of $9,325,000 in the Manhattan Beach compound. 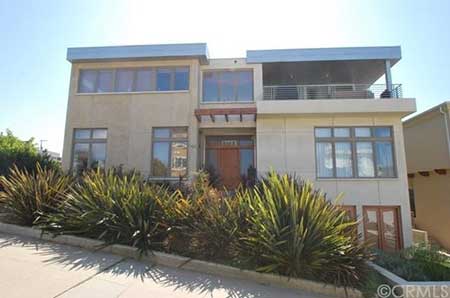 They have two houses in Manhattan Beach compound and sources reported that he paid $10 million in total for the houses.

He is also very close to his parents as he bought a Mediterranean style home for his parents in the South Bay area of Los Angeles just eight miles away from his current residence.  Chris Sacca currently resides in Truckee, California.

This week I was interviewed for a forthcoming book about Instagram. I was an early investor and had hung around back when it was still just @kevin & @mikeyk. Normally when I do interviews like that, authors are looking for scoops and scandals. But in this case, there just aren’t any. With Kevin and Mikey, what you see is what you get. So instead, we talked about how and why Insta remained so positive while the rest of social media got so dark. We discussed the early days when the founders were coding the filters themselves and how obsessively creative they both were outside of work. How much the actual art mattered to them. We covered the genuine community we had here on Insta and the friendships that resulted through sharing images. During my chat with the author, I pulled up my old account and started scrolling. So many cathartic moments, so many memories. I literally Instagrammed from the altar at our wedding. (@crystale was cool with it. Phew.) Throughout this feed, there was much love from friends I haven’t seen in forever. That might be related to posting just two pics in the last four years. Long way of saying, thanks Kevin & Mikey. But more importantly, I miss all of you guys over here. Hard to catch up on all that time, but this pic is a pretty good summary. I wake up every day with the four very best humans and we collectively do what we can to make the world better. #yesfilter (shot by @larissaclevelandphoto)

Furthermore, he invested more than $400,000 in a small cabin in the forest area close to another property he owned since 2009. The property is located near the North side of Lake Tahoe.

Chris Sacca's Source Of Income, Career And His Journey From Debtor To A Billionaire

Sacca started his career as an entrepreneur when he was still a law student. He used his student loans and invested in the business but it sadly failed.

He started trading in the stock market and turned $10,000-20,000 into $12 million by the year 2000. He was in a huge debt of $4 million when the market crashed but the same year he started working as an associate at Fenwick & West in Silicon Valley and later in Google as Corporate Counsellor in 2003.

Whoa, try this trick! Close your eyes and yell "Nine of diamonds!" When you open them, @davidblaine appears.

He founded his own organization named Lowercase Capital in 2007. He made early bets investing in Uber and Twitter through his firm. In 2016, he invested in Twilio, a cloud software company.

Fortune marked his Lowercase Capital as one of the most successful venture capital funds in history. In 2015, Forbes reported that he has built "the best seed portfolio in history".

He appeared as a "Guest Shark" on ABC's Shark Tank between 2015 and 2017. He invested a lot of money on the show with other entrepreneurs.

In 2017, his step surprised his fans and admirers when he declared that he is retiring from venture investing. He felt that part-time investing hasn't been sustainable for his firm, Lowercase Capital.

He is involved in a number of charity works. He worked with a nonprofit seeking to bring clean drinking water to every individual on earth. He is also associated with the Tony Hawk Foundation.

He has also worked as an Associate Fellow of the Said Business School at Oxford University. He is an MIT Enterprise Forum Global Trustee. Sacca is also a Henry Crown fellow of the Aspen Institute.

Similarly, in 2019 the Saccas each signed The Giving Pledge, which calls upon signatories to financially help the majority of their net worth to philanthropic causes.

During his early days, Sacca was among the first Google employees who received the Founders' Award, the company's highest honor. He has been listed on Forbes' Midas List: Top Tech Investors since 2011.

Sacca was listed as the youngest among the 100 investors. He was featured on the cover of Forbes magazine in 2015 at number 3 on the Midas list and at number 2 in 2017.

BusinessWeek declared him as one of the top 10 angel investors and Vanity Fair marked him 'New Establishment' list. 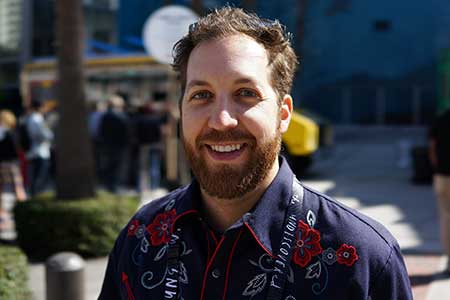 According to Forbes, Chris Sacca has an estimated to have a huge net worth of $1.2 billion.