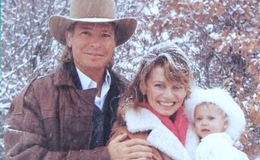 Anna Kate Denver is best known for being the celebrity child of late Rocky Mountain High Hitmaker John Denver & his first wife, Annie Martel. Anna shared the vows with a handsome man and welcomed a baby daughter with him. And, here's everything you can know about John's beloved daughter's personal life, husband, kids, and career.

Anna Kate Denver is Married- Who is Her husband?

Anna Kate Denver is one of the three kids of late legendary country singer John Denver. In fact, Anna Kate Denver was adopted by John Denver and his first wife, Annie Martell, in the year 1976 alongside her brother named Zachary John Denver. Denver reportedly embraced Anna from a local adoption agency. However, details about her biological parents are yet to be disclosed. 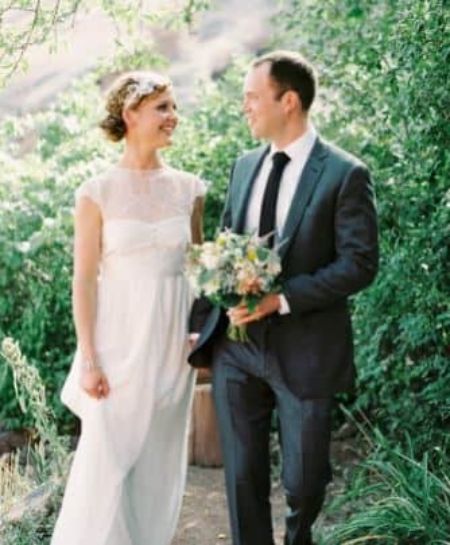 Anna Kate Denver during her wedding with her husband, Jamie Hutter. SOURCE: Pinterest

Coming to her relationship status, Anna is a blissfully married woman and enjoys a peaceful life with her long-term boyfriend turned husband, Jamie Hutter. Jamie is a Private Equity Investor & an Investment banker who worked as CEO for PRIORI Skincare based in Wanaka.

Likewise, Anna and her husband Jamie reportedly walked down the aisle in a lavish yet low-key ceremony in 2003 held at her mother, Annie Martel's house in Aspen, Colorado. Jamie & Anna also welcomed a beautiful daughter named Daisy Elouise Hutter on December 21, 2011. Then, the husband & wife moved to Wanaka, New Zealand. 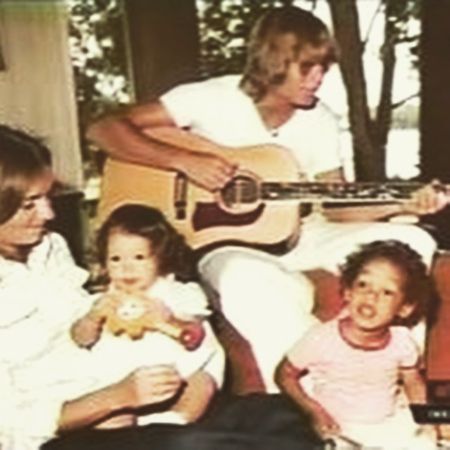 Unfortunately, the couple's lives soon turned upside down when John gained fame in music. John filed a divorce against his ex-wife Annie and the divorce got finalized in 1982. John told in his documentary that his work commitment & lack of maturity to handle his sudden fame caused the two to split.

Following the divorce from ex-wife Annie Martel, John started dating Australian actress Cassandra Delaney. After a few years, the lovebirds decided to take their relationship to the next step with marriage. John and Cassandra tied the knot on August 12, 1988, in an intimate ceremony. 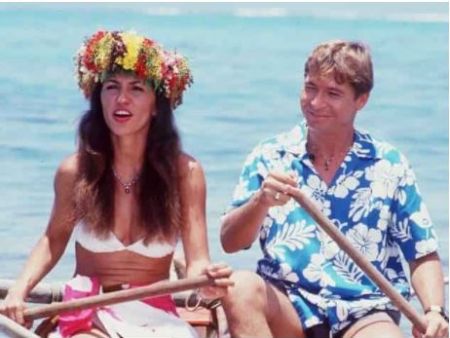 Soon after their marriage, John and his second wife welcomed their first child, daughter, Jesse Belle Denver. However, the marriage remained quite short-lived and ended up in divorce in 1993.

Unfortunately, the year 1997 proved to be devastating for the Denver family because John, at the age of 53, died in a tragic plane accident. Denver was flying a plane & while trying to land at the nearby Monterey Peninsula Airport, the plane crashed into Monterey Bay near Pacific Grove, California.

During the time of her father's death, Anna was only 20 years old. Later, to honor John's life, John Denver Sanctuary was open near 470 Rio Grande Park. Apart from this, in 2014, Zak & Anna attended their father's tribute at the Hollywood Walk of Fame ceremony after 17 years of his passing.

Both Anna & Zachary were the apple of their father's eye. In one of the interviews, the late singer said," I'll tell you the best thing about me. Im some guy's dad; I'm some little gal's dad. When I die Zachary Johna and Anna Kate's father, boy, that's enough for me to be remembered by. That's more than enough".

Anna Kate Denver, who gained popularity because of her legendary singer father John Denver, inherited a wealth worth $70 million. Anna Kate, however, makes a handful of beautiful crystal jewelry & pockets some decent amount from selling jewelry.

Check out the video of John Denver's hit single 'Annie's song' below.

Despite being the daughter of a record album-selling artist, Anna always stayed low-key and away from the media and occasionally makes a public appearance. Nonetheless, Anne relishes her beautiful life with her caring husband and a daughter, being grateful and honoring her legendary father's legacy.