Another Controversy; Singer Chris Brown Puts Hands on a Woman Neck; The Singer Explains the Conundrum 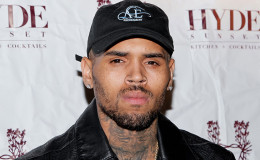 Singer Chris Brown Puts Hands on a Woman Neck; It was just Horseplay; The singer was partying with his friends in a rented House in Miami, Florida; He stated there was no physical abuse between them; Also, see..

Chris Brown sees himself in a center of controversy after photos of him choking a woman is out on the internet.

Is he going down that road yet again?

The above question is being asked by millions of Chris Brown's fans after camera spotted him putting his hands on a woman's neck.

The photo made a lots rounds all over the internet and social media trolls are claiming Chris can never treat a lady. 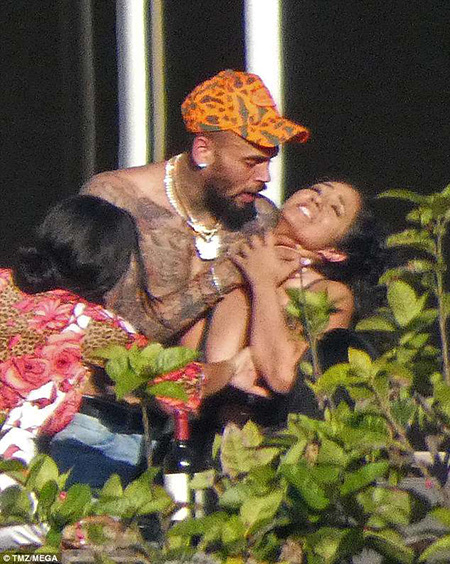 Chris Brown is in the center of controversy after he put hands on a woman's neck
Source: Daily Mail

In the photo, the International Love singer is seen choking the woman amid a wild party taking place in a rented apartment yesterday morning in Miami, Florida.

As the woman is expressing an agonizing expression, another partygoer is trying to shake them off and intervene. As soon as the photo got out, criticism came pouring in against Brown.

In order to fend off all the vague rumor that's been going on, Chris posted a big message on his Instagram account. The message states,

"THANKS for all the publicity today. Y'all know damn well I ain't going down that road. There is no need to even defend myself on the matter. Everyone that's around (girl/guy are my HOMIES. NO FOUL PLAY…NO IGNORANT S—T. END of discussion. LOVE."

TOUR TICKETS AVAILABLE (AND BY THE WAY, THATS LITTLE DICKY)

Notice he also wrote he is not going that road. It simply proves he regrets all the incident that happened between him and his former girlfriend, Rihanna.

The woman in the picture along with Chris insisted it is just horseplay. In the same moment, the female is smiling as he keeps his hands on her neck. 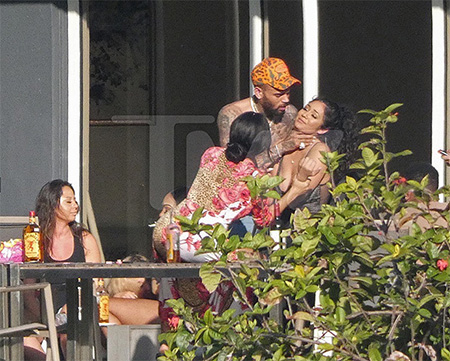 In the same time, the woman is smiling as they insist it was just horseplay
Source: Hollywood Life

So in the end, both of them were just playing and nothing else. Looks like his former scars are still haunting him.