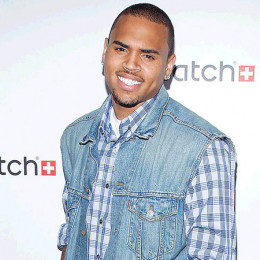 An American recording artist, dancer, and actor who is better known for his debut self-titled album which went double-Platinum, and his single "Run It!" which charted at #1 on the U.S. charts in 2004.

Chris Brown was all over headline after he was arrested for faced two felony charges of assault and making criminal threats after a fight with his girlfriend Rihanna for which he was charged with five years probation, one year of domestic violence counseling and six months community service by which we can guess he had pretty unfortunate relationship with his girlfriend which nearly ended his career.

After that incident, he dated an aspiring model Karrueche Tran in 2011 with whom he has one daughter. The couple has already separated and both of them have taken joint custody of their daughter.

Chris Brown holds a net worth of $50 million from his musical career.

Chris Brown was born as Christopher Maurice Brown on May 5, 1989 (age 30) in Tappahannock, Virginia, U.S. He is son to Joyce Hawkins and Clinton Brown. From his young age, he loved to sing and dance and was highly inspired by Michael Jackson. As a result, he taught himself to dance at a very young age. When he was just 13 years old he was discovered by Hitmission Records.

Brown, he was signed by Island Def Jam Music Group. He attended Essex High School but in 2005 he dropped out of school and moved to New York to pursue his music career. In 2011, he released his album named F.A.M.E. which was sold 270,000 copies the week of its release, and the album hit #1 on the U.S. Billboard. In 2012 he was awarded Grammy for Best R&B Album.

He fathered her when she was just 9 moth old. He has not yet confirmed if she is his real daughter or not.