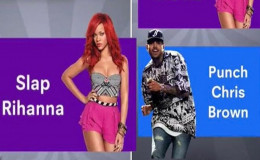 Singer Rihanna blasted Snapchat over their Ad promoting Domestic Violence; They posted a Would You Rather ad related to Rihanna and Chris Brown; Also, see..

Just a few days after Kylie Jenner literally cost the social media platform a staggering $1.3 billion, Snapchat has made the Award-Wining singer Rihanna distressed over an ad.

Snapchat posted an ad related to the game 'Would You Rather?" which featured Riri and her ex-boyfriend Chris Brown. 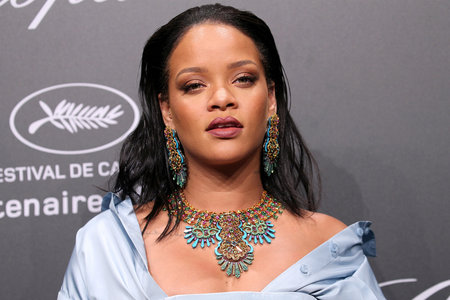 Now you must be thinking featuring her photo wouldn't make her mad. What Snapchat did was they asked users to Slap Rihanna or punch Chris Brown.

As we all know Chris pleaded guilty in 2009 to assaulting the singer. As soon as the ad became public, many users criticized Snapchat for using such topic for entertainment.

Angry Rihanna went on a rant and wrote on her Snapchat account,

"Now SNAPCHAT I know you already know you ain't my fav app out there! But I'm just trying to figure out what the point was with this mess!" the singer wrote. "I'd love to call it ignorance but I know you ain't that dumb. You spent money to animate something that would intentionally bring shame to DV victims and made a joke of it."

Her last statement read Shame On You which her fans didn't take lightly. Many of her fans even supported her and said they will uninstall the app if Rihanna tells them to.

y'all thought kylie killed snapchat, but rihanna dragged it to the grave! RIP september 2011-march 2018 pic.twitter.com/GXGMnWe6Zx

My wife said i gotta delete Snapchat, and this app ain’t about to break up our happy home. I’m with you, boo @rihanna

It looks like Snapchat themselves put the axe in their foot. In the wake of the incident, Snapchat made their official statement.

They apologized to Rihanna and stated,

"This advertisement is disgusting and never should have appeared on our service. We are so sorry we made the terrible mistake of allowing it through our review process"

"We are so sorry we made the terrible mistake of allowing it through our review process,. We are investigating how that happened so that we can make sure it never happens again."

For now, Rihanna is yet to accept their apology. Well, we'll have to wait and see what her reaction would be after their apology.