Are Mark Zuckerberg & Priscilla Chan Still Married? Inside their Relationship 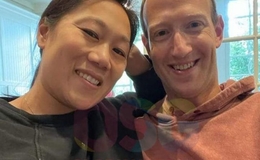 Mark Zuckerberg and Priscilla Chan have been married for over a decade: The happily married pair are expecting their third baby!

A business magnate, entrepreneur, and a leading name in silicon valley, Mark Zuckerberg is a profoundly known name worldwide. Best known and credited for founding the social media website Facebook and its parent company Meta platforms, Zuckerberg is one of the most influential people in the world. In his nearly two-decade-long career in the tech industry, Zuckerberg has reached some unfathomable heights and has also been involved in some questionable acts, including his company's role on January 6, 2021, attack on the US Capitol building.

Mark Elliot Zuckerberg was born on May 14, 1984, in White Plains, New York, to a psychiatrist and a dentist. Mark's tech-savvy skills stemmed during middle school when he took an interest in programming. By his senior year, Zuckerberg had already achieved the title of a programming prodigy. Mark started his course in psychology and computer science at Harvard in 2002, and it was at the university where he met and fell in love with his now-wife Priscilla Chan, a philanthropist, and a former pediatrician.

Zuckerberg and Chan have been married for over a decade, and the duo has remained private and protective of their family life while showing unwavering love and support for each other. Regarded as one of the most reputed and unproblematic couples in silicon valley, Zuckerberg and Chan's love story began in their alma mater Harvard. Priscilla recalls she was at a party when she bumped into a nerdy fellow undergraduate waiting in queue for the bathroom. 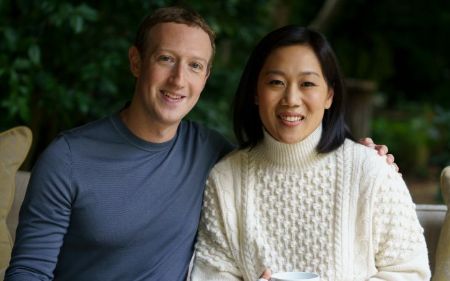 "I remember he had these beer glasses that said 'pound include beer dot H. It's a tag for C++. It's like college humor but with a nerdy, computer-science appeal," recalls Chan, who was majoring in biology. It is unknown if it was love at first sight between the two, but the undergraduate began dating shortly and went on to enjoy years of dating bliss before taking a big step and moving in together in September 2010. A smitten Mark, excited by their new milestone, even took to Facebook to announce Chan's arrival in his home.

Zuckerberg and Priscilla kept their relationship quite lowkey as they continued to share a home. The pair had even kept their engagement under wrap, but the exciting news was accidentally revealed by a fellow tycoon, Bill Gates, when he called Chan Zuckerberg's fiancee in an interview in 2011. The Facebook founder and the former pediatrician tied the knots in a surprise backyard wedding on May 19, 2012. 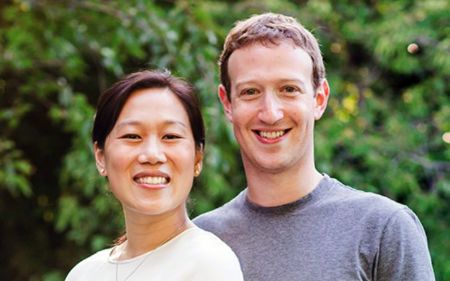 Zuckerberg and Chan tied the knots in a surprise backyard wedding. SOURCE: Instagram

"It was really cute," a guest said about the twosome's "out of the blue" wedding, adding, "naturally, people were surprised but happy. Now parents of two, and soon-to-be parents of three, the world has witnessed the billionaire couple evolve and share in each other triumphs and trials over the years. Three years after their intimate nuptials, Mark and Priscilla pledged 99% of their Facebook share, which amounts to about $45 billion, to their new philanthropy project on human potential and equality.

Born to Chinese immigrants from Vietnam, Chan is a 37-year-old philanthropist and now a working partner in her husband's extensive ventures. Born in Braintree, Massachusetts, Chan grew up in Quincy with her two younger sisters. Chan says growing up in a low-income immigrant family instilled a strong value in her. "Giving back has been part of of my life before I even met Mark," says Chan, who co-founded the Chan-Zuckerberg Initiative with her husband in 2015. 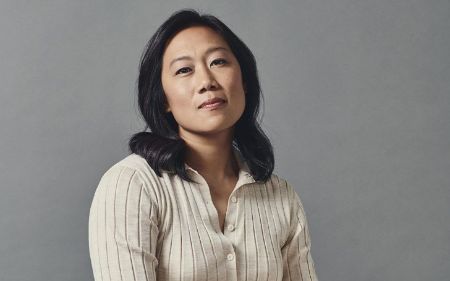 Priscilla Chan is a philanthropist and a former pediatrician. SOURCE: Instagram

Deemed a "class genius" in high school, Chan graduated valedictorian from Quincy High School and was awarded a full scholarship to Harvard University. Before beginning her residency as a pediatrician at the University of California, San Francisco, in 2008, Chan had a year-long stint as an educator, teaching science at a school. "I kept seeing problems affecting children and adults," Chan explains, adding, "as a practitioner, there is a fundamental lack of home. There are solutions, but they aren't scalable and replicable."

Mark and Chan co-founded the Chan Zuckerberg Initiative (CZI) in 2015.

Chan co-founded The Primary School, of which she is the board chair. The non-profit initiative provides k-12 education and prenatal care in East Palo Alto, California. While her husband lives in the spotlight, Chan has been more circumspect and weary of stepping into the limelight. After welcoming her second daughter with the Facebook founder in 2017, Chan is expecting the couple's third born, again a daughter, next year.

The tech billionaire and his wife of 12 years are expecting their third baby. Zuckerberg took to his Instagram and shared the happy news via a sweet snap. The entrepreneur had his hand resting on Priscilla's bump with the caption, "lots of love. Happy to share that Max and August are getting a new baby sister next year." The pair's announcement was met with much love and kudos by fans, and fellow celebrities, who took Mark's comment section to shower the duo with love. 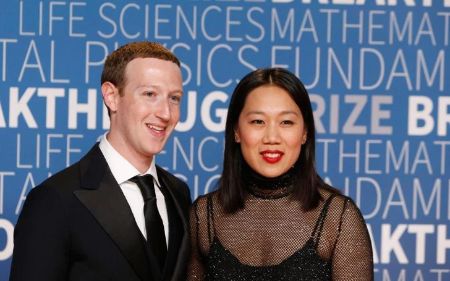 Zuckerberg and Chan are expecting their third daughter. SOURCE: Instagram

The billionaire couple welcomed their firstborn, Maxima Chan, on December 1, 2015, followed by their daughter August's birth on August 28, 2017.  Besides being a low-key pair, Mark and Priscilla have proved to be more reticent persons when it comes to their children. The pair keep their children out of the spotlight but aren't skeptical of sharing the impacts parenthood had on their life.

"Having kids does change how you think about the world in a pretty dramatic way," Zuckerberg said in an interview. The Facebook founder added, "I used to have meetings that ran really late, but now I make sure that three times a week, I'm home to give Max a bath."