Home Article Are Negin Mirsalehi & Her Boyfriend Maurits Stibbe Planning To Get Married?

Are Negin Mirsalehi & Her Boyfriend Maurits Stibbe Planning To Get Married? 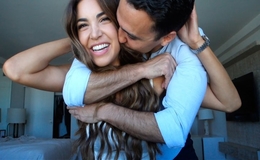 Nothing better than having a partner as your best friend too. And, luckily enough, beauty guru Negin Mirsalehi already found her two in one person in her teenage years. Believe it or not, but Negin is still in love and together with her long-term partner after thirteen years.

The beauty blogger, Negin Mirsalehi who hails from Netherland is lucky in love with the true love of her life, the handsome Maurits Stibbe, also called sweetly as 'Mau' in short by his girlfriend.

13 Years Of Love Life For Negin Mirsalehi In a Glimpse

As someone wise once said, love only grows stronger if it's done truly. And, by the look of Negin and her partner who are still together even after a whopping of thirteen years, it certainly teaches us that you can still fall in love all over again and again, but of course, if it's with the right person.

Needless to say, Mr. Stibbe is undoubtedly the right person for the favorite YouTuber and Beauty guru of more than a hundred thousand of her fans. And, cherishing all these years with her Mr. Right, Negin opened up to her fans by sharing an adorable thirteen years old picture of the couple from Mirsalehi's 18th birthday party from 2006. 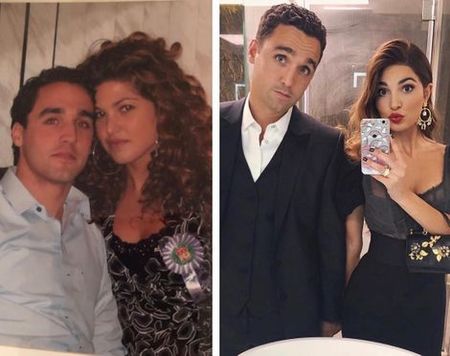 As seen in the picture from 2006 and 2019 above, a curly-haired Negin and Maurits are in their late teenage years looking super young comparatively. Besides, the Iranian beauty also revealed how it was also the first time her future potent husband met her father, a bee businessman, for the first time. How adorable!

Raising A Dog Together

And, whilst it's been more than a decade since the love birds fell in love, who else to expect to know Negin and Maurits better than each other themselves, right? Speaking of which, can there be wedding bells to hear from this lovely duo soon?

It wouldn't come as no surprise if news surface that Maurits got on his knees to propose Negin. However, that is yet to become a reality. In their early thirties, meanwhile, the couple is still young and can wait to move onto the serious step. 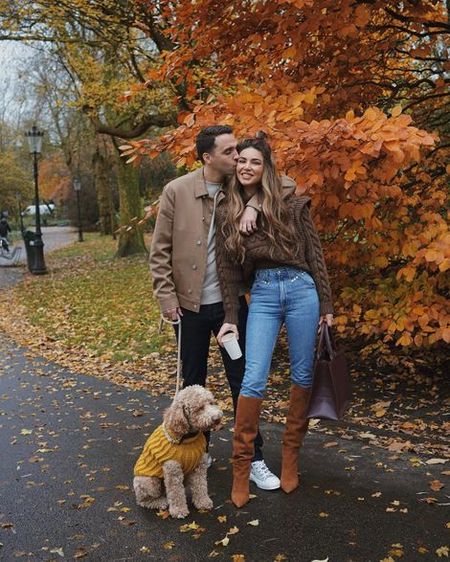 Also, considering the fact that they already reside together with their beloved dog, a poodle named Mosey Mirsalehi Stibbe, and that it's obvious it's their love that keeps them together, marriage not being on the option can be understandable. Well, unless, Maurits want to go there soon.

Like Negin, her partner is also a graduate in Business Administration and has been handy with running Negin's business at Gisou, a company, the influencer runs by selling hair products highly enriched with honey, obtained from her family bee business at Mirrsalehi Bee Garden. 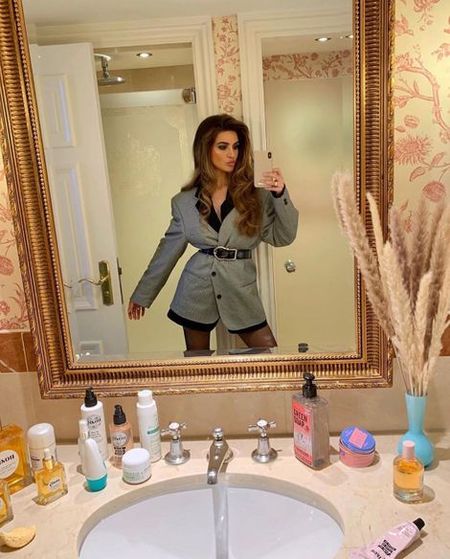 As a matter of fact, Negin and her partner altogether co-founded Gisou, after the businesswoman turned down an offer of $800,000 from a haircare brand for the role of their Brand Ambassador. Not to mention, she was originally offered $600,000, but the prices were raised after she declined the proposal.

Obviously, Negin had a better plan to establish her own business, which she eventually did in late 2015. More importantly, her hair products ranging from the prices of $30 - $40, have done pretty well with the company's revenue too providing her 80% of her earning.

Well, partners who work together definitely stay together, right?

View more lovely Stories of your favorite influencers as well as Biographies on Marriedwiki.com.