Home Article Ari Emanuel Filed For Divorce After 20 Years of Marriage With Wife Sarah Addington; Know About His Married Life And Children

Ari Emanuel Filed For Divorce After 20 Years of Marriage With Wife Sarah Addington; Know About His Married Life And Children 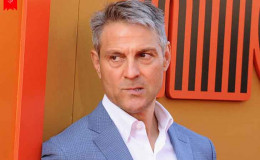 The most interesting thing about life is that you never know what is gonna happen next.

Born in a family of high-level officials, Ari Emanuel is an American talent agent who arranges jobs for actors, musicians, film directors, screenwriters, journalists, etc. He is also a co-CEO of an entertainment talent agency, William Morris Endeavor(WME), in Beverly Hills, California.

The multi-millionaire agent, Emanuel, is currently going through the worst time of his personal life. He recently announced his separation with his wife after two decades of their marriage.

Read everything in detail about Emanuel's married life and divorce.

By working at WME, Ari Emanuel not only earned a name for himself but also piled up millions of dollars. WME bought the Ultimate Fighting Championship from Zuffa for $4 billion deal in 2016 which is now led by Dana White. Keeping his professional life aside, Emanuel is facing a huge crisis in his personal life.

Emanuel recently made headlines due to the end of his married life when the year 2019 is only a month away. It might be a heartbreaking news for his fans but he really broke up with his longtime wife, Sarah Addington on November 30, 2018.

Ari Emanuel and Sarah Addington attending an event together,

It is hard to believe that they decided to part ways after spending 20 years together as a man and wife. Emanuel was the first to file for divorce but it was not hard for Addington to submit because according to reports, they had been staying apart for the last two years.

According to the celebrity attorney, Laura Wasser, the reason for their divorce was 'irreconcilable differences'. They carried out the divorce at Los Angeles County Court.

Ari is also a professional mentor, however, he must be in need of some good mentorship at the moment.

Regarding their minor child, Emanuel wished for a joint custody, however, whether his wife agreed is not known yet. As for their two other children, they are already above 18, hence, the divorced parents do not have to take responsibility for them.

Before calling it quits, this couple shared two decades of life together which is worthy of attention. So, why not read about their glorious conjugal life?

Relatives and fans might be taken aback by the divorce of Ari Emanuel and Sarah Addington because the couple had shared a wonderful life together. However, they have no choice but to cherish their past memories.

The exact date of their wedding is not known, however, everyone knows that they exchanged their vows back in 1998. They proudly share three kids among whom Leo Emanuel and Noah Emanuel are above 18 years of age. As for their youngest son, his name is not known.

As a public figure, we can see Emanuel on YouTube but not in other social media. Moreover, wherever he is available, Emanuel is only a businessman, not a romantic man.

For that reason, it is quite difficult to rate the former couple's love.