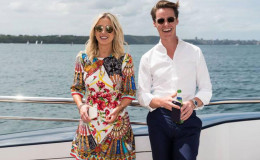 Roxy Jacenko and her stockbroker Oliver Curtis has been married since 11 March 2012. The couple exchanged the vows in a wedding held at Quay Restaurant, Sydney. They are blessed with two kids.

Australian businesswoman and media personality Roxy Jacenko grabbed a lot of media attention after her husband Oliver Curtis was arrested for insider trading in back June 2016. Their break up rumors even swirled around during that time!

Jacenko and Curtis, however, are still together. But have they already called it quits and staying under the radar? How is their married life going on?

Roxy Jacenko and her stockbroker Oliver Curtis have been married since 11 March 2012. The couple exchanged vows in a wedding held at Quay Restaurant, Sydney.

Prior to the wedding, the couple welcomed their first child together, a daughter, Pixie-Rose Curtis in August 2011. Then after two years, Jacenko gave birth to their second child, a son, Hunter Curtis on May 06, 2014. 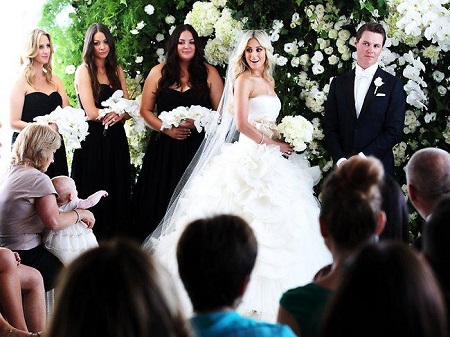 Roxy Jacenko and Oliver Curtis on their wedding
Source: The Daily Telegraph

Like every couple, Jacenko and Curtis also share several ups and downs in their married life. The rumor of their separation also sparked after Curtis was arrested for insider trading in June 2016. The rumors reached the peak when she was spotted without her wedding rings several times.

Curtis was sentenced to prison for two years in Cooma Correctional Centre, however, was released in June 2017 due to his good behavior. 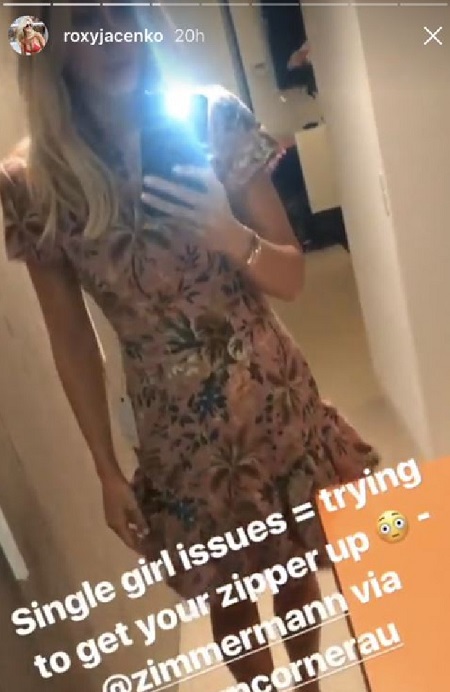 Roxy Jacenko mentioned herself as a “single girl” in her Instagram story
Source: News.com.au

Later, the television personality was also spotted kissing her former boyfriend Nabil Gazal who is a Sydney property developer and owner of Gazcorp in Sydney’s eastern suburbs while she was still married to husband Curtis. Jacenko, however, admitted that the kiss with Gaxal was nothing more than just a "drunk kiss."

She also claimed that her marriage with husband Curtis is fine in The Morning Show in March 2017. She said:

“I don’t know who goes to the gym with their jewellery on,”

When asked why she is not wearing the wedding ring she replied:

“I definitely put a face on because there’s always a few good looking boys in the gym. But I’m still married,”

“Look, no marriage is ever perfect. Obviously mine is challenged because of the situation we’re in, but Ollie is a wonderful father and I’ve got my rings on [today], but I don’t wear them to the gym … all is fine.”

She also said that she wouldn't have children with Curtis if she had known that he would be jailed. The couple, however, reunited after Curtis was released from jail in June 2017.

Jacenko said at the time:

'Family is together, Olly is obviously back so life is good and I just had a Big Mac for breakfast,'

They also re-engaged after Curtis got released from the jail. Jacenko, however, postponed the remarriage with her husband as she wanted to spend money on a property instead of using it on another lavish wedding ceremony.

Well, it looks like Jacenko and Curtis have overcome all the problems in their married life.

Back in 2016, the mother of two was diagnosed with breast cancer. Just eight days after her husband was jailed for two years, Jacenko found she had the lump on her left breast. 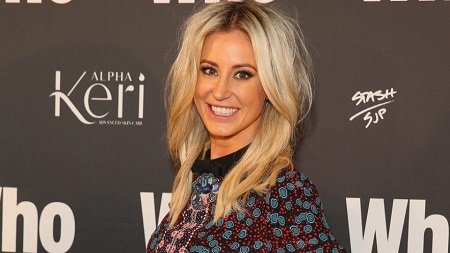 As her mother Doreen Davis has been also diagnosed with breast cancer a decade ago, she said:

"I should have known better and I should have done routine mammograms knowing that my mum had suffered from breast cancer – but I didn't, I just thought, 'I'll worry about that when I am 40 plus'. "Even when you think, 'that will never happen to me,' one day you could wake up to start the day and it will – just like me."

She was recovered after undergoing a six-week radiation program and a partial removal surgery. 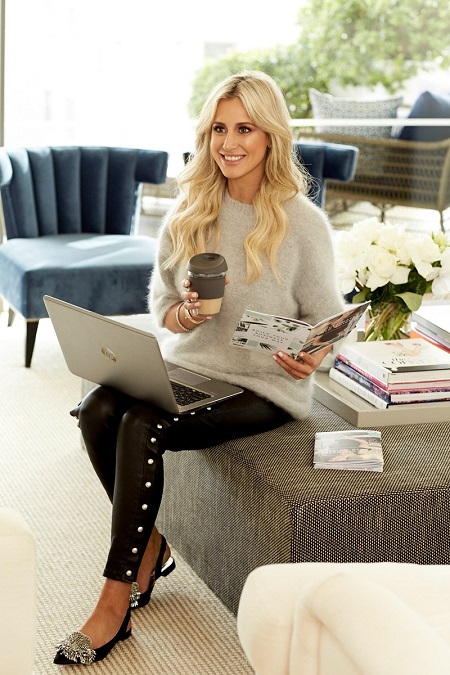