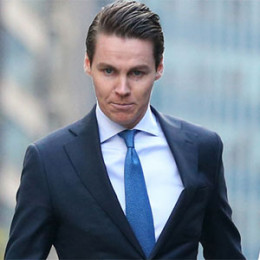 Oliver Curtis is an investment broker from Australia. He is currently working in his father’s company. Back in 2016, he was arrested for an insider trading conspiracy. Curtis is a married man. He was married to his businesswoman girlfriend. He is also a proud father of his two children. Prior to this, he was engaged to his childhood sweetheart. an an an an ana n an an an anan an an an an an na

Oliver Curtis was born on 1st August 1981 in Australia under the birth sign Leo. As per nationality, Curtis is Australian and as far as his ethnicity is concerned, he is White. His parents, Nick Curtis and Angela Curtis raised him along with his sister, Sophie Curtis.

Oliver Curtis is an investment broker. Curtis also works at his father’s medical technology start-up E-Nome. The company helps their customers access their medical report and records via their smartphones. He also worked at Transocean in 2009. Since 1998, he is the member of  British Society of Cinematographer (BSC).

Whereas, his wife is a versatile lady. She owns her own business, Sweaty Betty that worth over $10 million. She also appeared in TV shows and published her own books.

Oliver Curtis was in a long-term relationship with his childhood sweetheart, Hermione Underwood. She was a non-celebrity at that time who came to spotlight only because of her friend, Lara Bingle. The couple got engaged after dating for over five years.

Following their engagement, she became close to Roxy Jacenko discussing their wedding plan. After few months of friendship, Underwood called Jacenko at Woollahra Hotel for a PR event. In the event, she created an awkward situation by taking a seat between Curtis and Underwood.

Underwood moved to her home in the middle of an event, leaving Jacenko and Curtis to party. Within 24 hours of the night, the relationship between Curtis and Underwood was over. She was replaced too quickly by Jacenko who was once the so-called friend of Underwood.

On 11th March 2012, Curtis was married to his businesswoman girlfriend, Roxy Jacenko 2012 in Quay Restaurant, Sydney after he proposed her on a Christmas lunch in front of all their family members. The couple dated for years before exchanging the vows. They are in love even after the age differences between them as he is five years younger than his wife.

The couple shared their first child, Pixie-Rose Curtis together before their marriage. Some year after the first child, they again welcomed their second child, Hunter Curtis.

The couple was rumored to have separated after Curtis was jailed in June 2016. The rumored was at the peak after his wife was spotted without the engagement ring. She also posted a picture of her on Instagram writing, ''single girl = trying to get your zipper up.''

During the time of Curtis' imprisonment, his wife was spotted kissing her ex-boyfriend, Nabil Gazal while they were still married. However, Jacenko later confirmed that the kiss was nothing more than a ''drunk kiss.''

After Curtis got released from the jail, the couple reunited and also re-engaged.

Back in 2016, Oliver Curtis was arrested and was sent to jail for 2 years for conspiring commit insider trading. He was arrested after he along with his friend, John Hartman pocketed $1.5 million through insider trades which he spent on bikes, holidays, cars and luxury rent.

Curtis was sentenced two years in Cooma Correctional Center, however, was released in June 2017 due to his good behavior. He was also banned to serve as a director in any company for 5 years.

While serving his time in jail, Curtis was tasked hairdressing, gardening, and cooking.

Oliver Curtis might have an estimated net worth of millions of dollars. However, the exact amount is not confirmed yet. As per some sources, the average salary of an investment broker is about 75k. Whereas, his wife has an estimated net worth of $13 million. Curtis is also an investment broker, so might earn the same amount. In 2017, he announced that he is about to invest $60 million in a new cryptocurrency.

Curtis along with his wife sold their Woollahra house in 2014 for over $8 million which they bought for $6.6 million some years back.

Curtis owns a private jet and has a good collection of luxury cars. he has a wide range of cars collection:

On 11th March 2012, Oliver Curtis and Roxy Jacenko tied the knot in Quay Restaurant, Sydney. The couple met for the first time in an event organized by Curtis' ex-fiance.

Pixie-Rose Curtis is the first child of Oliver Curtis and Roxy Jacenko in August 2011. He was born before the marriage of his parents.

Some years after the birth of their first child, the couple, Oliver Curtis and Roxy Jacenko welcomed another child, Hunter Curtis on 6th May 2014.