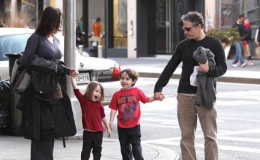 Author Tracey McShane is in a blissful Marriage Relationship with her Husband; Find out her Career, Wiki, Children, and Net Worth

Tracey Mcshane is a former veterinary technician and an animal advocate. She has also emerged as an author after publishing her first book titled Do Unto Animals on October 2015.

She is married to popular American comedian; The Daily Show host Jon Stewart. How is their relationship going on? Is the couple happily married? Any children? We have all the details here.

So their love story began back in 1990 when a good friend of Tracey fixed a blind date. That was the first time she came across her future husband.

At first, she was hesitant from all this dating idea, but in the end, it all worked out pretty well for her. She and her husband, comedian, Jon Stewart starting going out on dates more often.

And it didn't take long before they tied the knot. They exchanged vows one month before new year in November 2000. They kept their marriage low key and not many were in the attendance. Only the closest of their friends and family. 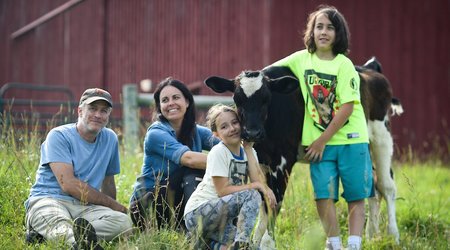 Tracey with her husband, and two children along with their pet cow
Source: Omaze Blog

They welcomed their first child, Nathan Thomas Stewart on July 3, 2004. Then in 2006, they became parents to a daughter named Rose Stewart.

The pair also pets a wide variety of animals such as two pigs, four dogs, three rabbits, two guinea pigs, one bird, and two fish. Her husband has always been proud of her work related to saving animals.

When she authored her first book, he himself went on to promote the book. Speaking of how proud he is of his wife's accomplishments he stated,

"It’s incredible. I’m so proud of her. Listen, I’ve always known my wife is a kinder and nicer person than I am. But to know that she is funnier and a better writer — I’m not going to lie to you — stings a little bit."

They share a cumulated net worth of $80 million and are happy together. We wish their small family remains happy like this for many years to come.

Speaking of her previous marriage, there was a rumor that once she was previously married to someone. But it all turned out to be fake news.

Though she may have gone on a few dates before meeting Jon, afterward there was no need. They still love each other the same way they used to many years ago. No news of divorce yet.

Another Top Talent: Comedian DeRay Davis Opens Up About Relationship With Two Girlfriends-Details Of His Polyamorous Arrangement 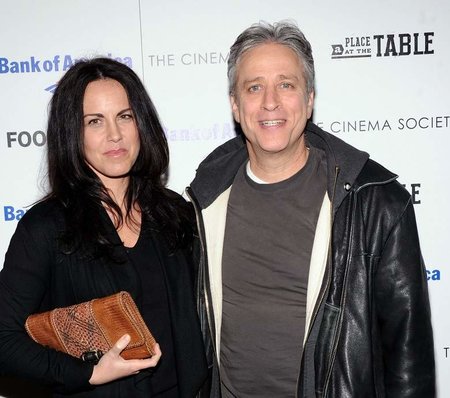 You May Also Like: Cuban-American Standup Comedian Joey Diaz Has A Daughter With Wife Terrie Diaz