Law & Order: Special Victims Unit star Kelli Giddish has just announced she is going to become the mother of another child when she debuted her baby bump at the 20th premiere of the show; She is already a mother of one Child; Also, see..

Law & Order: Special Victims Unit actress Kelli Giddish is now on the verge to become the mother to her second child with husband Lawrence Faulborn.

The couple is already is a parent to their 2-year-old Ludo Faulborn and he will be a big brother soon. 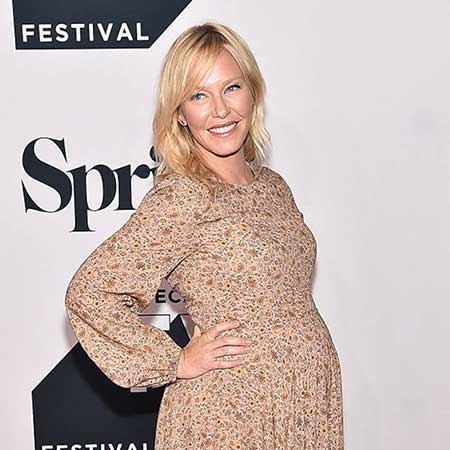 Kelli Giddish showing her baby bump during the premiere of the show
Source: E! News

She debuted with her baby bump at the 20th Season premiere of Law & Order: SVU in New York City on Thursday night. According to E! News, the pregnancy will be written in the show.

The 38-year-old actress and husband Lawrence tied the knot on June 20, 2015.  They soon announced the news that the duo is going to become parents for the first time.

Their son Ludo is 2-year-old now. His parents never left a single day to make him feel special. They take him to various theme parks and the family of three go out together all the time.

They share a lot of pictures on the internet and keep fans up to date with their day to day lifestyle. While the Law & Order star was pregnant, the show even embedded her pregnancy on to the story and made it a major storyline.

You can watch the part below!

She plays the role of Amanda Rollins in the series. Her character battles gambling addiction and is haunted by past. In the series, while Giddish was pregnant, it was shown that Rollins had become pregnant but the identity of the father wasn't known.

Soon it was found the father was Lt. Declan Murphy, played by Donal Logue. Well, nice way to keep the audience guessing, don't you think?

Well, once again, congratulation to the couple.