Baby On Board!! Hugh Grant Is Expecting Fifth Child With Girlfriend Anna Eberstein! 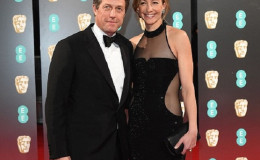 Baby On Board!! Hugh Grant Is Expecting Fifth Child With Girlfriend Anna Eberstein. The pair has been together since 2012 and has three children together, yet to be married.

A Big Congratulations to the adorable couple Hugh Grant and Anna Eberstein!

The Notting Hill actor is expecting his fifth child with his longtime girlfriend and he's pretty happy to be a daddy of five.

Baby On Board!! Hugh Grant Is Expecting Fifth Child With Girlfriend Anna Eberstein!

The 57-year-old British actor is all set to be the father of five! Hugh who's been dating girlfriend Anna Eberstein since 2012 has four other children, two of them from his now girlfriend and other from his past affairs.

Hugh and Anna who's a Swedish television producer were spotted walking in New York City airport on Tuesday and Anna's growing baby bump was clearly visible through her coat. 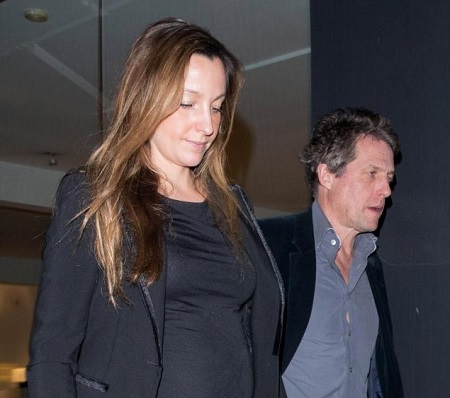 Hugh and his rep didn't comment anything, neither confirmed that they're having another baby but it's evident that the pair is all aboard for Hugh's fifth child and the couple's third child. 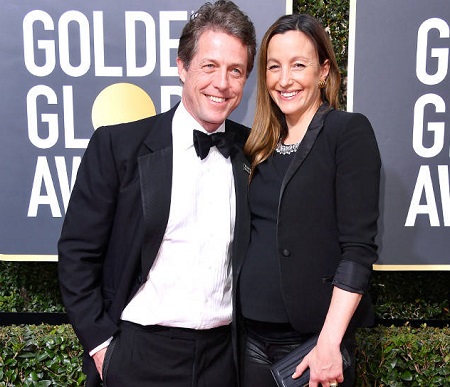 Anna and Hugh are proud parents of a two-year-old daughter and a five-year-old son, John Mungo.  Although the pair didn't comment anything, Anna's mother, Susanne reportedly told Swedish magazine how happy she's to be "getting another grandchild."

“I’m very happy to be getting another grandchild. She’s due rather soon,”

Grant was in a relationship with actress Elizabeth Hurley and they were together for 13 long years. Later in 2011, Hugh had his first child with a Chinese receptionist in London, a daughter named Xiao Xi, meaning "Happy Surprise" Their affair didn't last that long but they reunited to give birth to Hugh's second child Felix Grant. In 2012 he met Anna and they have been together ever since.