Baseball pro John Nogowski is dating Ashley Elizabeth Bratton - Are they getting Married? 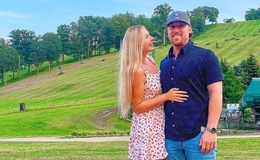 John Nogowski is a handsome American baseball star who is living a happy life. Keeping his professional life aside, John seems to have quality time with his beloved romantic partner. Is he married to his girlfriend of the years, Elizabeth Bratton?

John Francis Nogowski is an American professional baseball athelete who plays for the Pittsburgh Pirates of Major League Baseball (MLB). Besides his baseball achievement, John's dating life is something everyone wants to know.

A man with amazing looks and fame John is rumored to be married to Ashely Elizabeth Bratton but is it true?  Well, yes, the charming man shares a romantic relationship with the beautiful lady Ashley. 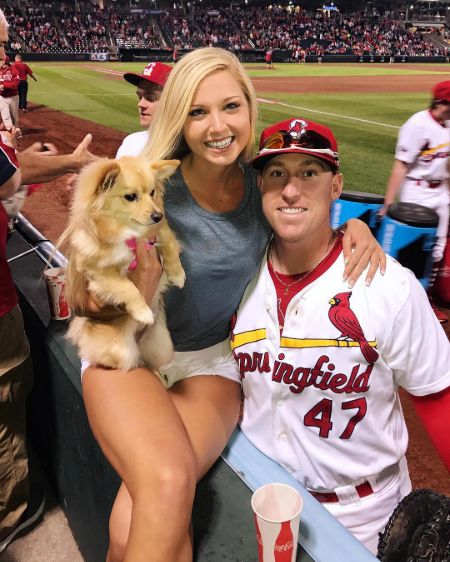 In addition, the pair never revealed anything about their first date but, Ashley Bratton hints that the bonding began in 2017. Also, John made his romance with the stunning blonde official in 2017 through his frequent intimate Instagram posts with her.

Ashley, a Texas native, and Arkansas University alum, calls herself a momma of the duo's cute pomeranian dog breed named Tater Tot. Ashley also maintains the lovey-dovey relationship by visiting the stadium frequently to cheer up her partner at games.

On July 4, 2021, Ashley Elizabeth Bratton posted a romantic photo together to showcase her affection with a caption, "Thanks St. Louis for the amazing moments & friendships. here's to our next chapter!," while John responded with "Love you AB." This clearly shows the presence of strong bonding between the two. 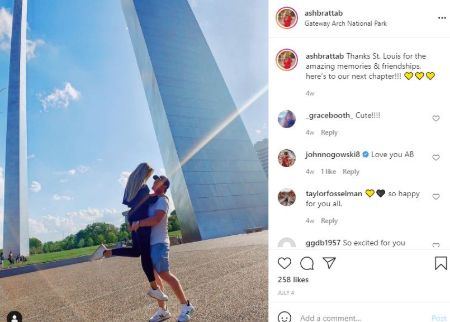 Needless to say, Ashley & John enjoys their "we time" on beaches, ice skating, and expensive hotel dates. The couple doesn't back off to flaunt PDA moments with each other through their social media. However, the lovebirds do not have any children to date & are yet to start a family of their own.

Above all, neither of the party publicly has talked about marriage. So, are they planning for the next step forward in their life with martial bliss anytime soon? Well, the question is still left unanswered. All we can do is assume the lovebirds relish togetherness with so much fun and lovely time until they prepare for the next big step in life!

More About John Nogowski - Net Worth

The Florida native John Nogowski made his MLB debut for the St. Louis Cardinals against Chicago White in August 2020. Before joining MBL, John got drafted by the Oakland Athletics in 2014. Currently, John Nogowski plays in the position of the first baseman for the team Pittsburgh Pirates.

Check out the video of John Nogowski 2021 Mid Season highlight below.

From the club, the athlete collects $571,200 as a guaranteed minimum annual salary. The American baseball star John Nogowski possesses a net worth of $3 million as of 2021. Most of the athlete's wealth comes from sponsorship deals & a dedicated career as a baseball player.

Keep coming back to MarriedWiki for more exciting articles.