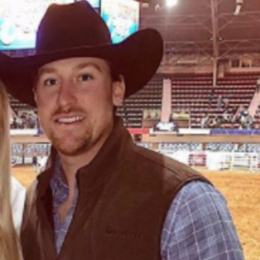 John Nogowski is an American professional baseball first baseman who is famous for playing for the St. Louis cardinals of the Major League Baseball. John was drafted by the Oakland Athletics during the 34th round of the 2014 MLB draft.

John Nogowski is Dating - Who is his Girlfriend?

The Baseball pro, John Nogowski is no more single. He has been dating a lady named Ashley Elizabeth Bratton for the past few years. The pair have not yet revealed when they began seeing each other. Nevertheless, Ashley Brattan hints she has been romantically linked to John since September 2017. 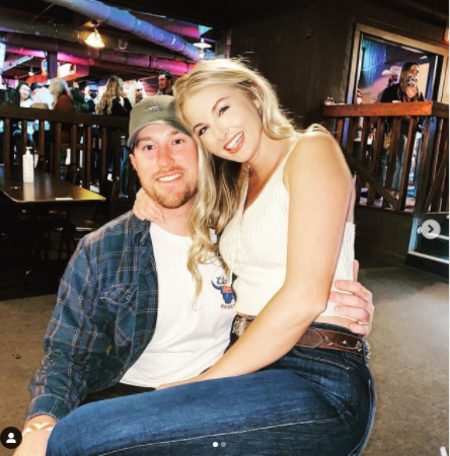 Speaking of his girlfriend, she is a Texas native and student of Arkansas University. Not to mention, Ashley is such a sweetheart that she rarely misses her partner's game and frequently visits stadiums to support her lover to cheer him up.

Likewise, on May 9, 2018. Nogowski shared a picture of himself holding his sweetheart and wrote, "Might have gotten player of the week but I have got the girlfriend of the year."

One can definitely notice the strong and romantic bonding between the two. However, neither of the party has talked about marriage. They might walk down the aisle sooner in the presence of close friends and family. 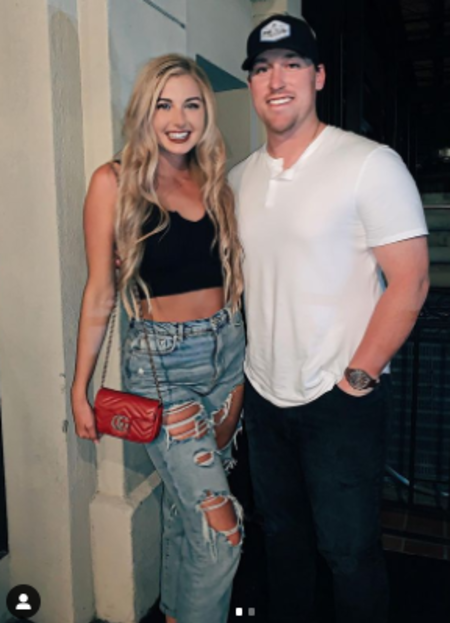 Further, the lovebirds who share the same apartment do not have any children to date. But they own a pomeranian dog breed. John and Ashley Elizabeth celebrate their "we time" on beaches, eateries, ice skating, and at expensive hotels.

What is John Nogowski's Net Worth?

John Nogowski has an estimated net worth of $3 million as of 2021. Needless to say, the athlete earned most of his wealth from his decade-long career as a baseball player.

Speaking of his salary, Nogowski made $571,300 as a guaranteed minimum salary and $571,300 yearly income from Louis Cardinals. At present, John Nogowski plays for St. Louis Cardinals in Major League Baseball.

In May 2017, Nogowski was signed with the Sloux City Explorers of the American Association of Independent Professional Baseball. To date, he played in 32 games on behalf of Sloux City.

All in all, Nogowski made his MLB debut the next day against the Chicago White Sox in August 2020. Similarly, in 2021, John achieved the Opening Day roster after batting 333 with two home runs.