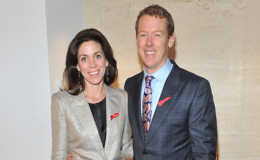 Most of us know Sarah Richardson as an accomplished TV host and designer but how many of you people know that she's also a bestselling author? Sarah Style and At Home: Sarah Style comes under her best creations.

Most of us know Sarah Richardson as an accomplished TV host and designer but how many of you people know that she's also a bestselling author? Sarah Style and At Home: Sarah Style comes under her best creations.

The mother of two, Sarah is also a well-recognized entrepreneur. She is very successful in her career but what about her personal life? She is married to Canadian businessman Alexander Younger, and the couple seems so much in love with each other. The duo revealed in one of their interviews about the secret to their blissful relationship and being the parents of two. Let us find out what they have to say.

The enduring and inspiring couple Sarah Richardson and Alexander Younger surely give us some serious relationship goals. The couple who has been married for more than twelve years had to say a lot about each other, children and their relationship.

During an interview, Alexander said that he knew Sarah's elder brother when he was still a child, and it was ever since he had a crush on Sarah. 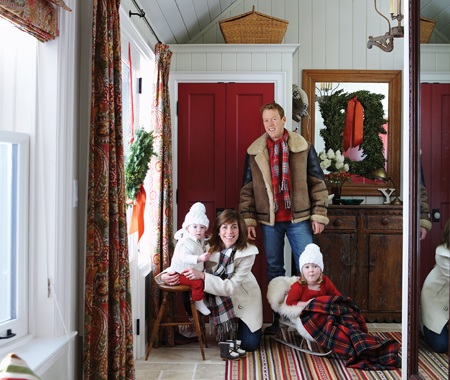 “I’ve known Sarah’s older brother since kindergarten and I’ve always had a bit of a crush on her. Over the years, we stayed in touch and would go on Victorian-style dates. We’d go roller-blading forever, but somehow we’d never end up going for drinks afterwards…so it was just a lot of exercise.”

"My buddies and I had decided to get out of there when I bumped into Sarah in the middle of the dance floor. It felt like a scene out of a movie."

On the other hand, Sarah said:

“In 1998, we bumped into each other at this horrendous Christmas party at a nightclub.”

After years of dating and knowing one another, the duo married in 2005 in a private ceremony. A year later, the couple welcomed their first baby girl named Robin Younger in March 2006. With lots of happiness and blessings, Sarah gave birth to second daughter Fiona Younger in August 2008.

Chics who stack. After stacking 3 full bush cords of wood, the girls have declared that...They. Can’t. Stack. One. More. Piece!! We’re ready to stoke the wood stoves and get cozy. Now to find the epsom salts! #countrylife #sarahoffthegrid

A post shared by Sarah Richardson (@sarahrichardsondesign) on Dec 3, 2017 at 2:34pm PST

Being parents is the most wonderful feeling in the world, but it comes with huge responsibilities. Both Alexander and Sarah shared about being the parents.

“I’m thrilled with how much I absolutely love it. I live to get home to the kids, and Sarah is a big part of that—she makes the house happy and gives the kids tons of confidence and love.”

Sarah Richardson, 47, has happily spent 13 complete years of her married life. It's pretty clear that everything is perfect between the two. The pair shared the secret to their happy relationship and revealed how they keep their romance alive despite a busy schedule. Sarah said:

“We’re not one of those couples that has set date nights, but we’re lucky because of the lives we lead, we have the opportunity to go to fun events and have exciting adventures. There is always something unexpected lurking around the corner.”

On the other hand, Alexander said:

“I think it’s our adventures. We’re very lucky that we have this tiny place up in Georgian Bay [the site of the TV series, Sarah’s Cottage], which is off the grid. There, we can get away from computers and just hang out with the kids, and enjoy a sunset or listen to rain on the roof.”

Well, we simply wish them all the very best for a blessed life ahead.

Most of us know Sarah as a design guru and entrepreneur, but she's also an accomplished TV personality.

Currently, Richardson resides in a summer house on Georgian Bay in Ontario. The house was decorated by Sarah herself which was also featured in the Canadian TV series Sarah's Cottage.

A post shared by Sarah Richardson (@sarahrichardsondesign) on Nov 2, 2017 at 9:07am PDT

The show was also broadcasted in the United States and named 'Sarah's Summer House'. Besides, she also hosted the design series Room Service, Design Inc., Sarah 101, and the recent one Real Potential.

Sarah is very busy designing homes, products, and textiles. She even posts the amazing pictures and decors via Instagram.

Tonight's the night...after years of planning & dreaming, months and months of building + shooting + editing... @ministerofexteriors and @tommysmythe and I can finally share what we've been up to. Hope you'll tune in to @hgtvcanada at 10pm et to join us on our wild #sarahoffthegrid adventure!!! No cable? No problem...all the episodes will be available online at Hgtv.ca. And for all you amazing supporters and friends in ???? I promise we are working to get it on your airwaves asap. #srdesignlife #SOTG photo by @jeremykohm

She's a brand ambassador for Marcelle & Monogram and not forget an established author. Her creations include Sarah Style, At Home: Sarah Style, and Make Your Mark: The Drawing for Children are among the best sellers. 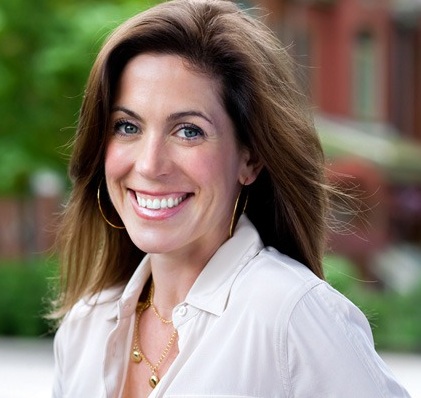