Home Article Sportscaster Kathryn Tappen Married hockey player Jay Leach in 2009: Is the Couple getting a Divorce? Kathryn was captured without her Wedding Ring

Sportscaster Kathryn Tappen Married hockey player Jay Leach in 2009: Is the Couple getting a Divorce? Kathryn was captured without her Wedding Ring 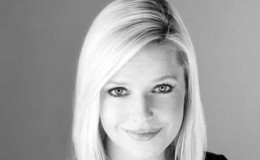 Beautiful anchor Kathryn Tappen is living happily with her husband Jay Leach since their marriage but something unfortunate is waiting for their way.

Stunningly beautiful Kathryn Tappen; American sportscaster has dedicated her life as an anchor and host for NHL Network. Her achievements in the field of news reporting are really praiseworthy that every single person is the fan of the gorgeous lady.

Well, today we are actually here to talk about the married life of Kathryn and her husband Ice hockey player Jay leach. The couple started their conjugal life early in the year 2009.

Beautiful Kathryn Tappen and her married life with Jay Leach

The fascinating thing about Kathryn's life is the choice of her life partner. She married the former defenseman for New Jersey Devils, Jay Leach in July 2009. 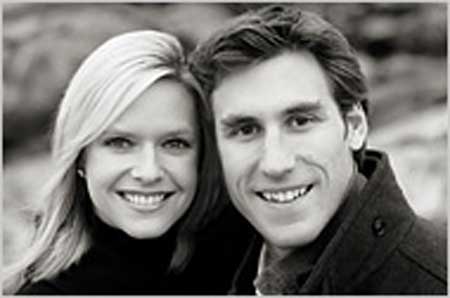 The ceremony took place at New Castle Congregational Church in the presence of family and friends. The couple is blessed with three adorable kids, twin sons, and a daughter as of now. 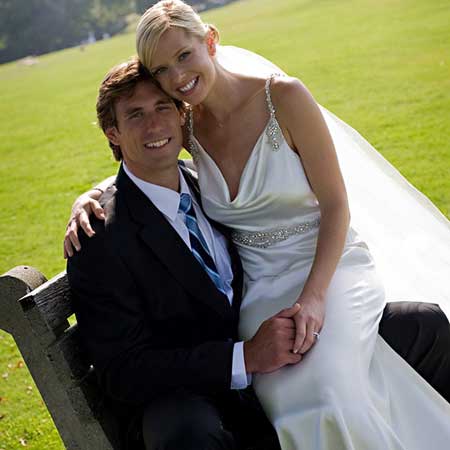 Kathryn looking so beautiful in the wedding dress with Leach, Source: Live Ramp up

It is said that Kathryn encountered Jay for the first time in National Hockey League in February 2005. She was present in the event as a reported for NHL whereas Jay was the player himself.

'Tis the season for silliness

She explained the moment with The New York Times,

"We both had off on Mondays and were able to hang out a lot, and I soon realized that he has a great, light-hearted personality."

Similarly, in 2012, Kathryn shared how supportive is her boyfriend with New York Times,

"You probably have to ask him. But I think he’s really proud of what I’ve achieved and what I’ve accomplished. We’re both incredibly supportive of each other. Our travel schedules are really difficult, but we really enjoy our down time together. But I think the bottom line is no matter what sport I’m covering or what channel I’m on, he’s going to support me."

The Couple is Rumored to be getting a Divorce

The pair has passed nearly eight years of their conjugal life. But, one question that triggers every individual is, Are they happy together or not?

Well, the question has made the fans and media alert on the topic and are eagerly waiting for a conclusion.

Such questions are obvious when no news about the couple makes a headline in the media. As the anchor was spotted without her engagement ring on her Instagram image, the story has spread like a wildfire in the social media.

Rumors of their breakup are heating up since the couple is not showing any interest in the immersing gossip and neither of them has spoken a single word on the very topic.

Here is an interview of Kathryn Tappen on Bruins-Blackhawks regarding her personal and personal life:

The couple has not legally separated so we cannot reach the final conclusion so immediately. 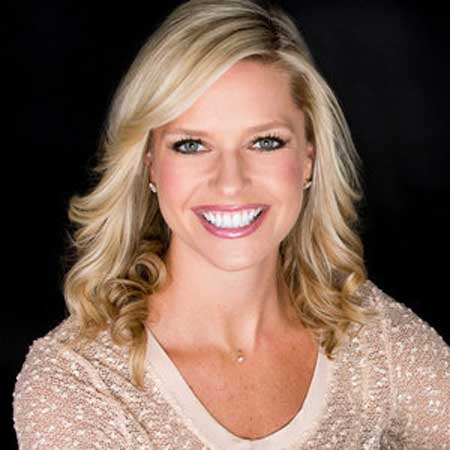 Well, as the couple seems to have multiple complications in their life, we are heartily expecting to see them reunited as a complete family.