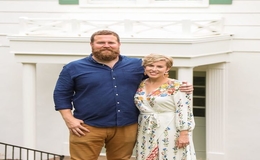 Whoever says romance is dead clearly has no idea about the love story of Ben Napier and his beautiful talented wife, Erin Napier. Mr. and Mrs. Napier have been married for sixteen years and here's how their fairytale began.

This beautiful couple met in college at the Jones County Junior College and Ben Napier had no idea that someone on his campus aka Erin Napier had a crush on him. And, the story goes back to 2004 when Erin was finally able to meet Ben at the college's yearbook class where she worked as the design editor. 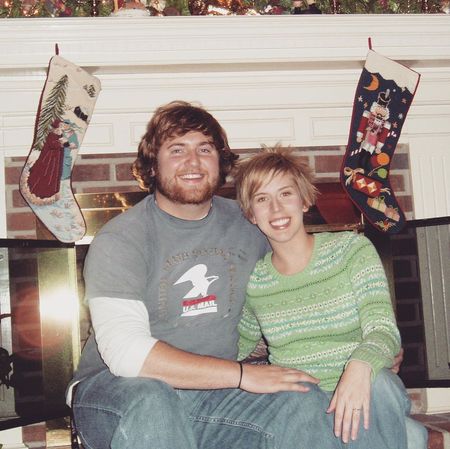 Ben Napier and his partner, Erin Napier during their college days. SOURCE: Instagram

And, according to his wife, Ben was already pretty popular who had everyone's attention. After all, he was also getting a degree in Ministry. And, on 9th December, the HGTV's Home Town's hosts finally went out on a date followed by their yearbook photo session the earlier day on the 8th.

Their first date was magic, not to mention the fact that Ben even met his mother in law on the day of their first date. Three days later, the two met again at Mason Park and watched the Christmas lights. How romantic! And, something inside both of their heart told them that they were going to marry each other one day, which they did.

Ben and his girlfriend courted for four years until they became engaged and decided to tie the knot on 22nd November 2008 while Erin was 23 and Ben was 25. And, twelve years since their wedding, Erin still has a huge crush on her husband. Ben is definitely one lucky dude.

What's even more romantic is the fact that, to this day, Ben still writes a love note for his beloved wife every morning after he wakes up. And, Erin, is definitely one lucky girl too. Not to mention, Ben was also there by his wife's side when she underwent exploratory surgery for appendix in 2014. Erin was diagnosed with the disease at 19.

Ben Napier - A Father Of One Daughter

To make this beautiful couple's life even more beautiful, Ben Napier and his wife Erin Napier were later blessed with a precious daughter, Helen Napier who they welcomed after ten years of their marriage.

Pregnancy, children, and becoming a mother, however, was something that always scared Erin. But, when they conceived their child, and of course, with the love and support of a husband like Ben, Erin had nothing to worry about. Erin, in addition, referred to her motherhood and pregnancy journey as the "greatest, and most hated fear,"

The husband and wife found out about Erin's pregnancy on the auspicious day of Mother's Day on 14th May in 2017, and nine months later, the new parents embraced their daughter Helen Napier in a hug for the first time in January 2018.

As of January 2021, Helen is the only child of Ben and Erin. And, the two are extremely strict about the privacy of their little one apart from seldom sharing pictures of Helen on Instagram. Helen has three paternal uncles, aka Ben's brothers including Sam Napier, Tom Napier, and Jesse Napier.