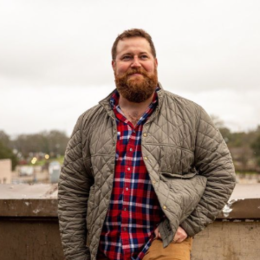 Erin Napier is a reality show star who along with her husband Ben Napier runs the HGTV famous show Home Town and Home Town takeover. Also, the duo has authored a book titled Make Something Good Today-Target Exclusive.

Erin Napier has been blissfully married to her high school sweetheart Ben Napier since 22 November 2008. She met the love of her life at Jones Country Junior College in a yearbook room on December 7, 2004. 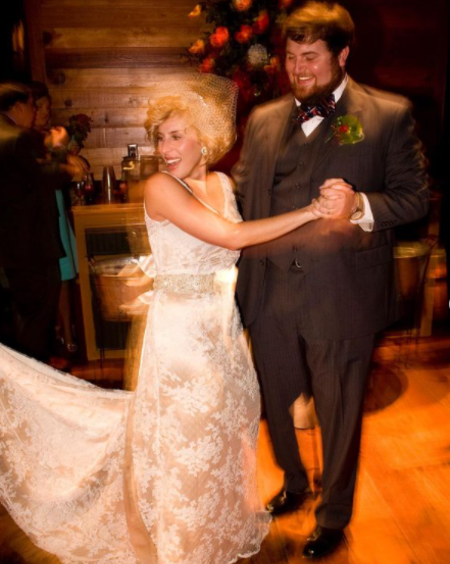 At the time, Erin was the design editor, and she had noticed him for two years. On December 8, Ben and Erin took the yearbook photos, and the following, they went on a first date and met her mama.

That's not all; within a few weeks of dating, Erin realized Ben was the one with whom she wanted to spend a life. Thus, looking at the Christmas lights in Mason Park, the duo thought one day they would get married. 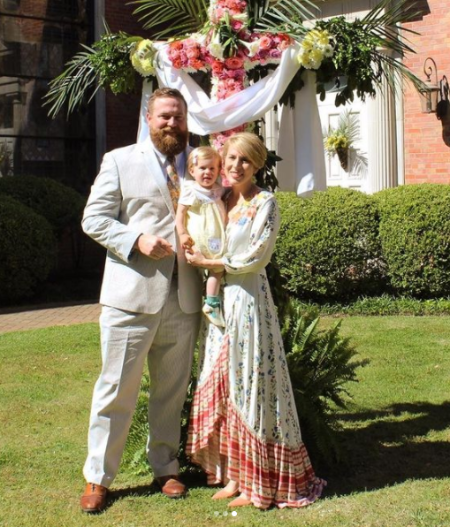 Living together for years, they became parents of a daughter, Helen. Ben and Erin welcomed a baby girl in January 2018. Erin was pregnant with a child before the season 2 premiere. The fans didn't notice it until she was ready to deliver.

Erin Napier and her spouse Ben Napier have a combined net worth of $5 million as of 2022. Their primary source of income is a career as reality show stars. The blonde beauty utilizes her graphic design skills to create nostalgic branding and marketing to inspire the city's rebirth.

Needless to say, Erin and Ben, stars of HGTV's Home Town, earned name and fame from the show. They live and restore old homes in a small town in Mississippi. Erin started her career in corporate graphic design, whereas Ben is a woodworker with a degree in history. He embraced a passion for renovating historic homes. 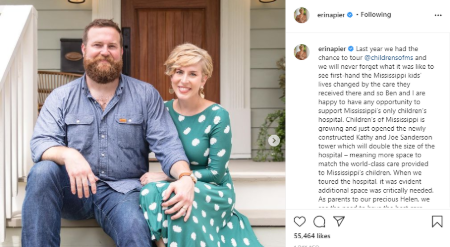 In the series, the home-buying families benefit from Erin's creative hand sketches and Ben's custom handiwork featuring local reclaimed materials. The duo, who, as a newlyweds couple, purchased and restored a 1925 Craftsman-styled cottage, are engaged in a local foundation that aims to develop the historic downtown district in which they reside.

In the meantime, Ben and Erin keep themselves busy with their four best friends operating a shop that sells heirloom wares and durable goods made in the United States.

Erin Napier is blissfully married to her high school sweetheart Ben Napier since 22 November 2020. They share a daughter Helen Napier.

Helen Napier was born in January 2018. She is the only child of Ben Napier and Erin Napier.