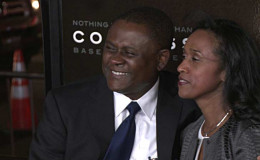 Bennet Omalu is living a happy married life with wife Prema Mutiso. The couple is blessed with two kids together.

Nigerian-American physician and neuropathologist Bennet Omalu gained worldwide recognition all over the world when he first discovered and published articles on Chronic Traumatic Encephalopathy (CTE).

He is widely known for Die Young: Football Dementia, Depression, and Death, published in 2008. His discovery and hard works are better depicted in the 2015 movie 'Concussion.'

Despite his busy schedule and hard work, he still manages much time to spend with his wife Prema Mutiso and two adorable kids. Let's get details about his personal life in today's session.

Bennet Omalu is living a happy married life with his wife Prema Mutiso. She is a nurse from Kenya, Nairobi who later shifted to America for her further study.

She first met her future husband Omalu in Pittsburgh Church where he was practicing Catholic. 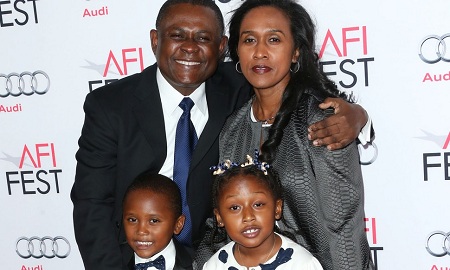 Though they saw each other the very first time in a party, their first meet didn't turn into a lovely conversation.

Sources say that Omalu used to try his best to win her heart. He often used to leave gifts on her doorstep.

Well, after a long attempt, Omalu finally won Mutiso's heart. The two dated for some time and finally exchanged vows. 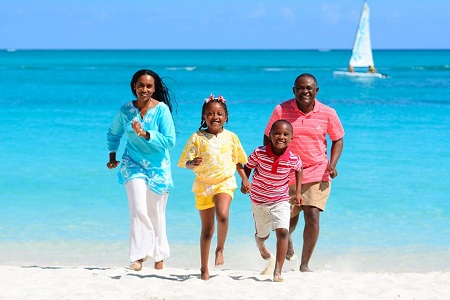 After being happily married the two moved to Lodi, California. The couple is blessed two kids a son Mark Omalu and a daughter Ashly Omalu.

Omalu and Mutiso have every possible reason to celebrate their happy married life. They frequently go on vacation spending quality moment away from the busy schedule.

Bennet Omalu's Controversy Regarding CTE Depicted In The Movie 'Concussion'

Neuropathologist and pathologist Omalu was the first to discover and publish the findings of Chronic Traumatic Encephalopathy (CTE) in American football players.

The condition was first detected in boxers and other professional athletes. 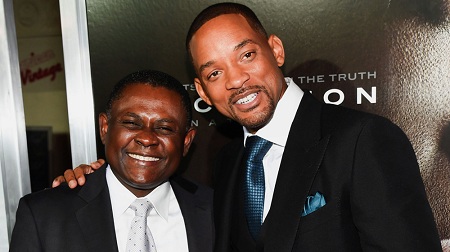 Bennet Omalu and Will Smith together
Source: Variety

In 2002, Omalu's autopsy of former Pittsburgh Steelers player Mike Webster. After years of struggle with cognitive and intellectual impairment, mood disorders, depression, drug abuse and suicidal thoughts, Webster died on 24 September 2002 at the age of 50.

After examining Webster, he also checked other football players including Dave Duerson and Andre Waters and detected the same kind of head trauma leading aggression and impaired judgment.

Here's an exclusive interview with Dr. Bennett Omalu and Will Smith; all about the movie 'Concussion':

Doctors knew that boxers suffered brain issues after years of regular head trauma. Still, Omalu was the first ever to associate the same issue with footballers.

Well, the discovery of Nigerian-born doctor made many Americans rethink the dangers of football.

The scenario of his discovery was well depicted in American biographical sports drama movie 'Concussion' released in November 2015. The role of Dr. Omalu is played by Will Smith and the role of his wife by Gugu Mbatha-Raw.

The discovery of CTE made everyone raise questions 'Is playing football truly safe for all?'

The NFL previously sent a letter to one of his colleagues and called him a fraud.

While speaking to Frontline in 2013, he said,

"They went to the press. They insinuated I was not practicing medicine; I was practicing voodoo."

He was even blamed trying to affect American lifestyle being originally from Nigeria.

"How dare you, a foreigner like you from Nigeria? What is Nigeria known for, the eighth most corrupt country in the world? Who are you? Who do you think you are to come to tell us how to live our lives?"

When the disease gained much attention in the United States, the NFL made some changes. The NFL stated it's view regarding the movie:

"We are encouraged by the ongoing focus on the critical issue of player health and safety. We have no higher priority. We all know more about this issue than we did 10 or 20 years ago. As we continue to learn more, we apply those learnings to make our game and players safer."

Well, it's time to acknowledge the possible hazards of the traumatic brain injury. 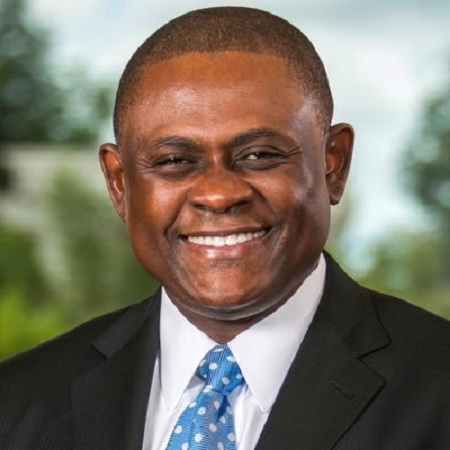