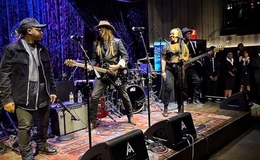 Inside Billy Cyrus and Tish Cyrus's Bumpy relationship throughout the years: Billy Cyrus might be engaged to his astonishingly young girlfriend!

Country singer Billy Cyrus and producer Tish Cyrus haven't withheld much of their family matter from the world. In their over twenty-five years as spouses, the pair had many ups and downs, most of them publicly. Even after their divorce, which Tish filed for earlier this year, the Cyrus family continues to be in tabloid's favorite headlines.

Billy Ray Cyrus, 61, is a country singer and actor. Famously known as the father of pop star Miley Cyrus, Billy became a household face as he closely aligned himself with Miley's career in her early years. Thanks to their popular show Hannah Montana, the father-daughter duo was one of the favorite television faces.

Billy's estranged wife, Tish, 55, is an actress and producer and has credits in The Last Song, LOL, and So Undercover. At a certain period in her career, Tish worked as a manager for her daughter Miley. The former couple also shares a son Braison Cyrus and a daughter Noah Cyrus. Internet digs deep into the family's past once again as Billy seemingly confirms his engagement with a new flame.

Billy had recently emerged as a fast-selling and top-charting country singer with his debut album, Some Gave All, when he delved into a complicated relationship with Tish Cyrus in 1992. Complicated in the sense that he was fresh out of his first marriage and, to top that, had become a father of two illegitimate kids with two different women. Billy reportedly met Tish at his lowest. 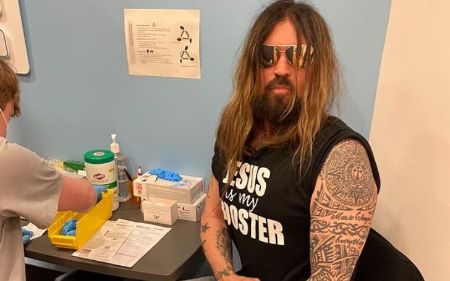 Billy and Tish tied the knot after welcoming their daughter Miley. SOURCE: Instagram

The Achy Breaky Heart crooner was awaiting his breakthrough when he bumped into the producer in a bar in 1991. The pair kicked off their relationship with the birth of their first kid, daughter Miley, in November 1992. The duo tied the knot in a secret ceremony in December 1993. With a career that had barely taken off, the country singer's record company had advised Billy against the marriage.

Billy and Tish's family blossomed with the birth of their two more kids and the inclusion of Tish's two children from her first marriage, Brandi, and Trace, both of whom Billy adopted after his marriage with Tish. Trouble knocked the couple's parade much sooner than anticipated, as Billy filed for divorce from Tish in October 2010. Billy held Hannah Montana and its induced spotlight on his family, highly responsible for the tension among the family members. 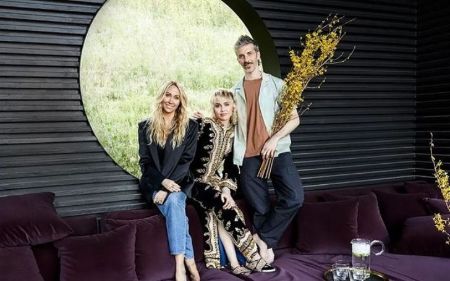 The duo filed for divorce two times before finally calling it quits this time. SOURCE: Instagram

A few months passed, and the singer-producer duo had dropped the idea of separation and were ready to work on mending their relationship. "My family is the most important thing I have, and we are working together to make sure our future is stronger and healthier," Cyrus said in his bombshell GQ interview, where he opened up about his scathed relationship with Tish, and his daughter, Miley's slew of scandals.

The couple's tumultuous and, more importantly, the dragged marriage survived many close call-offs, but not this time around. Producer Tish filed for divorce from Billy earlier this April, citing "irreconcilable differences." The pair released a joint statement that read, "It is after 30 years, five amazing children, and a lifetime of memories, we have decided to go our separate ways — not with sadness, but with love in our hearts." 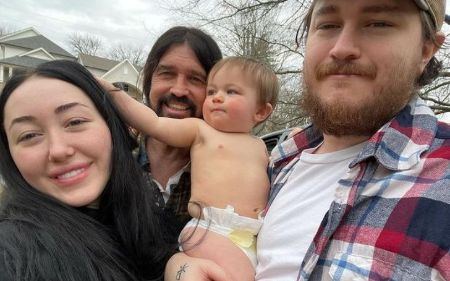 Tish revealed she had Billy separated two years ago. SOURCE: Instagram
Although the split appeared recent to most, fans had already sensed a rocky phase in the couple's relationship in December 2021 when Tish posted a family portrait with Billy in it. It was later revealed that the duo hadn't lived together in more than two years, a disclosure that made the duo's split full and final.
Billy and Tish are divorced after twenty-eight years of marriage!

Although the now-estranged pair refrained from speaking about their dissolved marriage in detail, their daughter Noah's song, Every Beginning Ends, brought a clearer perspective on Billy and Tish's marriage. "I relate to that in many ways, not only with me but also just with my parents' relationship," Noah said while referring to her song, which reflects on a relationship that has run its course.

The Hannah Montana alum appears to be planning a third marriage. The father of five, who confirmed his relationship with Australian singer Firerose, believed to be in her mid-20s, in August this year, might already be engaged. The Some Gave All hitmaker posted a series of romantic snaps with his new girlfriend with the caption, "Happy Autumn." 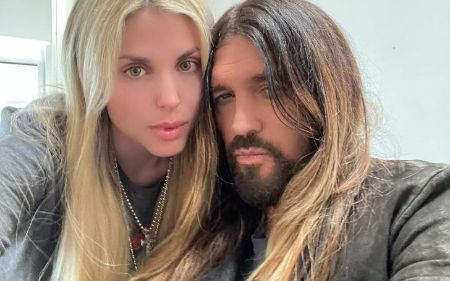 And instead of the soothingly orange foliage, Firerose's huge diamond ring sparked more discussion in the comment section. The Australian singer can be seen placing her hand on Billy's chest as she flaunts her massive rock. A smitten Cyrus even took to his story to share the same post. Although Cyrus's insinuating post has been gaining a lot of attention, Firerose previously hinted at their engagement in a post where she was sporting the same ring.

"The world is a happy place with you. Happy birthday Billy," Firerose had captioned a post on Billy's 61st birthday on August 25. Confirming the pair's relationship, an insider revealed that the singer duo had been dating for a while. The source said, "They grew close while working on music together. It is what it is. He and Tish were over before he started dating her."