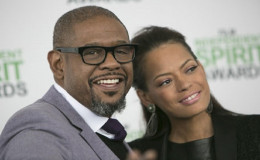 Forest Whitaker is best known for his performance in movies including The Last King of Scotland, The Crying Game, Star Wars, The Great Debaters, and Black Panther, however, his favorite role is being a loving husband to his wife of 21 years, Keisha Nash.

Together for over two decades, Whitaker and his wife Nash are one of the inspiring couples of Hollywood. They tied the knot in 1996 and since then they've been inseparable.

"I think communication is absolutely important. There's no way I could have lasted in 14 years of marriage without communication.."

The 56-year-old Black Panther star Forest Whitaker and his wife Keisha Nash who is also an actress, model and entrepreneur are just four years behind in celebrating their silver jubilee in marriage!! They've been married for more than 21 exemplary years!

It all started after the actor met his future wife Nash while filming a film Blown Away in 1994. At the time, they portrayed as a love interest to each other. Soon after that, love blossomed between the couple and they started dating. 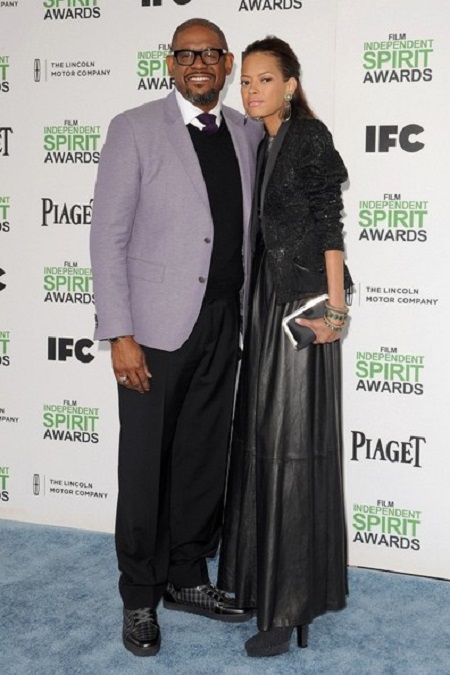 Whitaker and Nash settled down in 1996. The wedding ceremony was held in Montego Bay, Jamaica.

They reside in their house in Los Angeles, California at present. The secret of their long living conjugal life is love and respect for each other. Talking to an interview, Nash revealed:

“Plenty of respect and plenty of treats!”

“Anything that I’m doing that Forest’s able to be there and come and support me, he absolutely does. What makes a good partnership or marriage is when you support one another. I certainly love and respect what Forest does. It’s hard. He works really hard to take care of our family. I think it’s important to show my appreciation by being there for him and supporting him. More than that, I get to hang out with my friend. That’s pretty cool and vice versa.”

The Oscar-winning actor has shown his concern to his wife of 21 years as she drastically lost around 35 pounds within two years in 2014.

At present, the longtime couple has proved themselves as a power couple of the Hollywood and we can say they are happily married as there is no rumor of their divorce.

Along with his outstanding performance, Whitaker's drooping eye on one side of his face also attracts lots of fans' concerns. Well, his dropping eye or lazy eye is known was Ptosis which is a hereditary condition. It is also known as lazy eye as there is drooping of the upper eyelid. 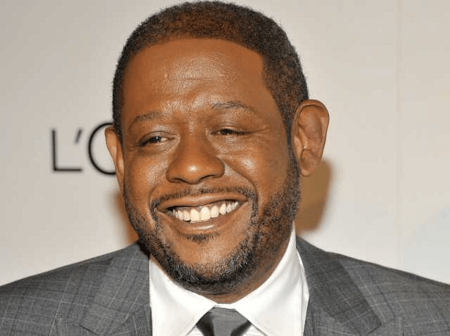 Forest Whitaker whose estimated net worth is $40 million has a drooping eye,
Source: Black Doctor

The actor is, however, never shy about abut his drooping eyes, In an interview, talking about his defect, he stated said:

“You know, I just found out that it may be correctable a little bit, because it does impair my vision. When I look up, I lose sight in this eye. I think maybe for other people, it informs the way they see me. But I don’t really think about this eye, other than the times people talk about it, or when people take photographs of me sometimes they might say stuff about it. I don’t think it makes me look bad or anything. It just is. I still strive to connect with people.”

Ptosis is caused by several factors which affect the muscles, nerves, or skin of the eyelids. 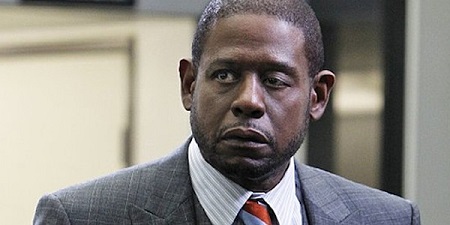