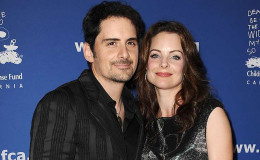 How is the married life going on? Is there any rumor of divorce or extra-marital affairs?

Let's know about the relationship of the pair.

The love story of Brad and Kimberly set an example in the Hollywood since their story is so amazing and unexpected.

Brad and Kimberly tied a knot on March 15, 2003, after eight months of the love affair. Paisley, suddenly, popped up the question and eventually made his long-term crush his soulmate. 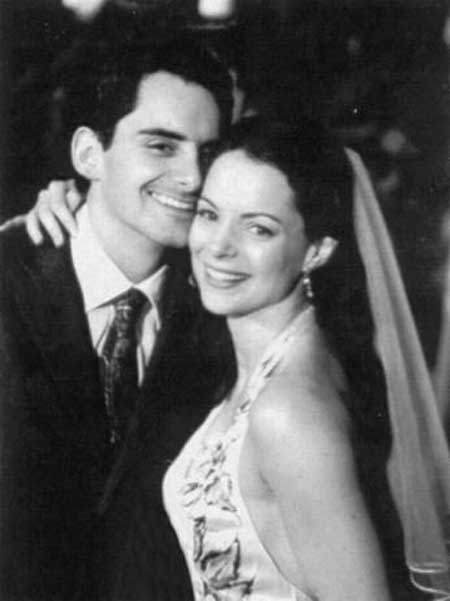 The couple wedded at Stauffer Chapel on Pepperdine University's campus after nine months of their engagement.

Paisley encountered his future wife for the first time while watching movie Father of the Bride. He went to see the movie with his then-girlfriend. Ultimately, Paisley broke up with the girl and moved on in his life.

By the time Father of the Bride Part II released, Paisley went to see the movie alone and got mesmerized by the beauty of Williams.

He told to Good Housekeeping;

"I thought,'She seems like a great girl- smart and funny and all those things that are so hard to find." 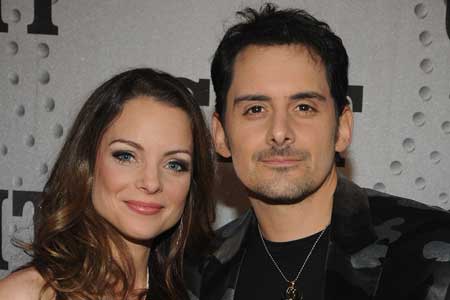 Brad and Kimberly; forever together, Source: The Boot

After seven long years, Paisley finally grabbed all the courage to pick up the phone to call Williams.

William shared the events in an interview on the Meredith Show about how Paisley adored her for so long and how he fell for her.

How's the love life going on?

Paisley and William together is enjoying every moment of their togetherness. They recently celebrated their 14th anniversary with great joy, romance, and passion.

Somehow very appropriate that our anniversary is #today @kimberlywilliamspaisley

Soon after two years, the couple was gifted with their second son, Jasper Warren on 17 April 2009. He is named after Paisley's grandfather as an inspiration who bought him a guitar for the first time. 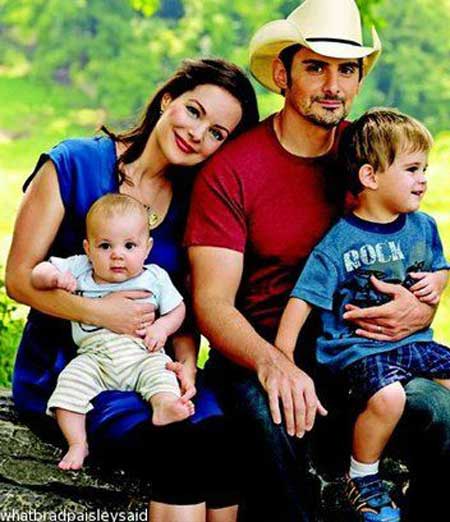 Brad Paisley also wrote and dedicated the song, "Little Moments" to his gorgeous wife. He explained his unmeasurable love and affection for Williams in the song.

Because of the busy schedule, the couple gets less time to spend with each other. Kimberly badly misses the moment he spent with his better half in Nashville, TN.

Since the couple is living their life happily, there is no any sign of divorce and extra-marital affairs. They are fully dedicated and loyal in their relationship.

Brad is from a small town who eventually turned himself as a country singer. He has won many hearts with his amusing song lyrics and smashing guitar style.

One of the more important things I've ever said and I'm so honored to say it with @johnfogerty. Watch the full video on my Facebook page.

Brad started his profession in the year 1999 with a debut album, Who Needs Pictures. He also released Christmas collection and ten studio albums which were certified by Gold or by RIAA.

He has become a member of the Grand Ole Opry and gained country music's crowning achievement.

Paisley not only proved his talent through his voice but he has also written many songs for Pixar's Cars franchise which includes "Behind the Clouds", "Collision of Worlds","Nobody's Fool" and "Find Yourself".

Well, we can say that the star has proved himself successful both in his personal and professional life. We wish him all the luck for his long-lasting relationship with his soulmate and children.