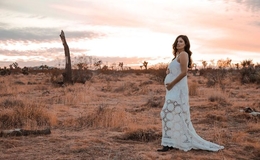 Bree Condon enjoys marital bliss with her beloved husband Jamie Harris. The Hollywood lovebirds keep their marriage as secretive as they can to avoid public attention. But, here's everything Condon's fans can know about the actress's married life.

Actress and model, Bree Condon is remarkably super strict about sharing even one bit about her private and love life to the public. The actress, however, is known to be happily married to actor Jamie Harris, though. 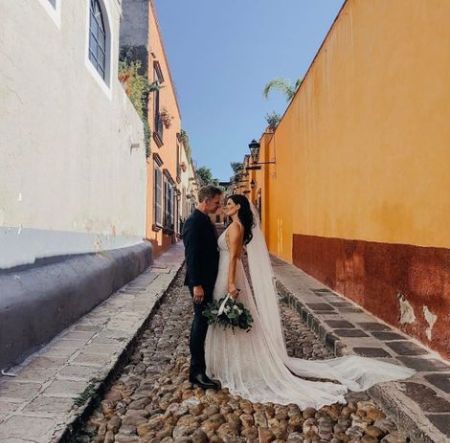 Needless to say, Condon and Harris had one super strict wedding which was held in San Miguel de Allende, Mexico in the presence of close friends and family members only. Although Condon never publicly talked about her wedding and marriage, the Raspberry & Lavender star did share a picture from her big day on Instagram.

Well, the actress who turns 35 in 2021 shared a beautiful picture from their wedding to announce that she had tied the knot on 31st August 2019. Condon looked elegant in a sleeveless and deep plunging white bridal gown while her groom looked great in a black suit and pants.

Condon's Husband Is The Son Of Richard Harris

Bree Condon, however, didn't mention nor share that she exchanged marital vows with actor Jamie Harris, the son of Irish actor Richard John Harris. And, as per tabloids, Condon reportedly keeps her marriage hush due to their huge age gap of twenty-three years.

Harris who appeared on Agents of S.H.I.E.L.D. as Gordon also has his lips sealed to speak on his marriage with the Newport Beach-born actress who is also adopted among the other 12 children of her parents. And, the privacy of the husband and wife seems to be the absolute key to their happy and successful marriage.

Not to mention, more great things are awaiting for Condon and her husband too, as the 5' 8" tall actress is pregnant with the couple's first child. Well, yes, Condon who came into the limelight for her portrayal as Kimberly Guilfoyle in Bombshell is currently pregnant.

The American Housewife star Bree Condon conceived her first in 2020. Condon who is pregnant with her first child shared the beautiful news with her fans on Instagram. 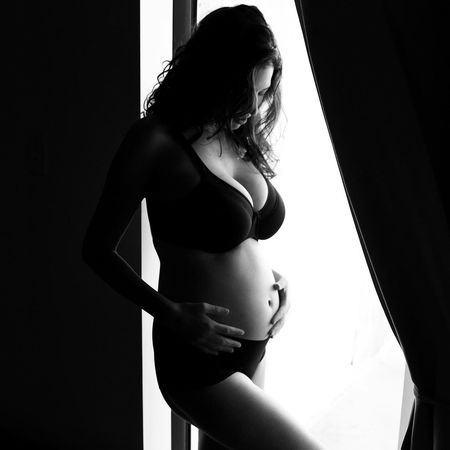 In November 2020, Condon shared a maternal picture on her Instagram page to announce that she was six months into her pregnancy, meaning that her baby might join the couple earthside in either February or March 2021.

Enjoying her pregnancy journey, Bree also shared another pregnancy picture on 9th February. Condon who was once a victim of identity theft looks as if she couldn't be ready to embark on the new chapter of motherhood with her husband Jamie Harris.

Aw. Congratulation to the lovely actress. She will become a great mother, no doubt.