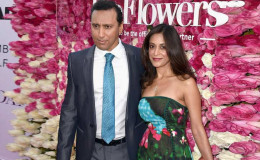 Actor best known for the series Halal in the Family is now rising in the industry for his talent and skills. The actor married Shaifali Puri last year. Let's know about the couple so far

The actor, best known for series Halal in the Family, The Brink and several movies, Aasif Mandvi is rising in the field of acting and comedy as well. The actor is married to his long-time girlfriend Shaifali Puri.

Many people believe that multi-cultural marriage does not last long but this sweet couple will likely change the view of the whole world. Let's know some personal details about the couple so far.

Aasif Mandvi, a British-American actor and a comedian who is best known for the web series Halal in the Family where he is the lead actor, co-writer, and producer of the show.

The actor has been romantically linked with his wife Shaifali Puri for a long time now. The couple met in 2013 through a mutual friend Ruma Bose. 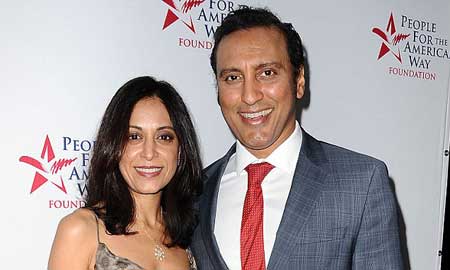 There is no official news about when they started dating but looks like the relationship took off right after they met for the first time. The pair got engaged in October 2016 at the Post Ranch Inn in Big Sur, California. He said,

“I wanted to propose while looking out at the water, but for three days it was misty and I kept waiting for the clouds to part and the ocean to come into view from the cliffs, the clouds magically parted for 15 minutes, I got down on one knee, half underwater, and asked her to marry me.”

The couple tied the knot in August 2017 at the Fox Theatre in Atlanta with about 220 guests. Upon being interviewed by People, he said,

“I’m most excited about sharing this incredible moment with so many family members and friends from all the different parts of my life”.

The couple's multicultural ceremony was officiated by Dr. Bhagirath Majmudar and Rev. Farida Ali. The bride wore a traditional Lehenga, designed by the Indian designer Anita Dongre and Mandvi wore Sebastian Grey for his reception. 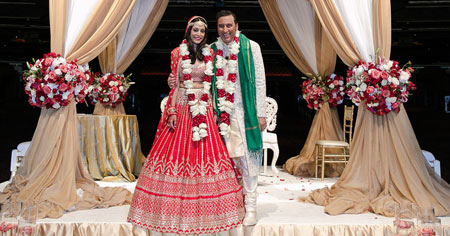 Aasif and Shaifali got married in their traditional way
Source: People

For the reception, she wore a gown with a long piece of embroidered cloth called dupatta and a tika on her forehead. She wore a diamond necklace, earrings and a bracelet from a friend, Zameer Kassam who was her designer as well.

The couple's friend Siddhartha Khosla sang the song, Foundation for their first dance as a couple. The song was written for Aasif's movie, Today's Special so it was such a beautiful moment for the couple. 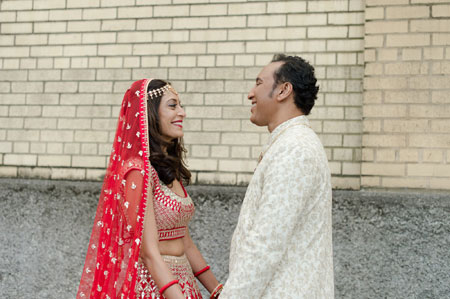 Aasif and Puri danced on the song Foundation which was written for Aasif's movie, Today's Special
Source: Brides

The couple seems to be really happy and support each other personally as well as professionally. Their anniversary is still to come and we hope to hear some good news from the couple. They are yet to make any remarks whether they will increase the size of their family.

Mandvi first worked as a performer at Disney-MGM Studios at Walt Disney World Resort. He then moved to New York City where he appeared in off-Broadway productions. He was in the band Cowboys and Indian at the time.

He had a one-man show, Sakina's Restaurant for which he won an Obie Award. He has performed in several dramas and even won some awards for the drama he acted on. 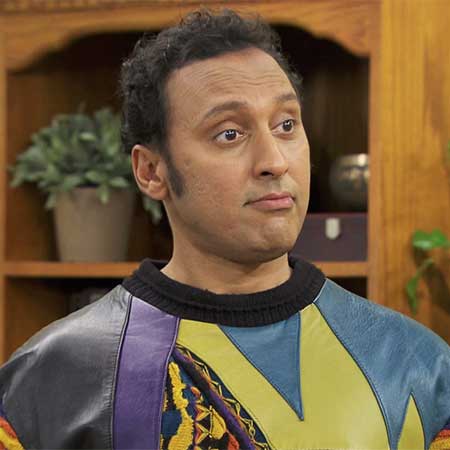 Aasif from the set of Halal in the Family
Source: HalalintheFamily

His first television debut was in the series Miami Vice as a doorman. He then got roles in several series including ER, Sex and the City, Law & Order, The Daily Show and several others. He also appeared in Taco Bell commercials in 2011.

He had a recurring role in the FOX romantic comedy, Us & Them. He portrayed the character of Rafiq Massoud in the HBO's series The Brink in 2015.

Not only series, he starred in several movies as well. He had a supporting role in the independent film American Chai as the lead characters' roommate. He screened in the movie Analyze This as a doctor and Spider-Man 2 as Mr. Aziz. 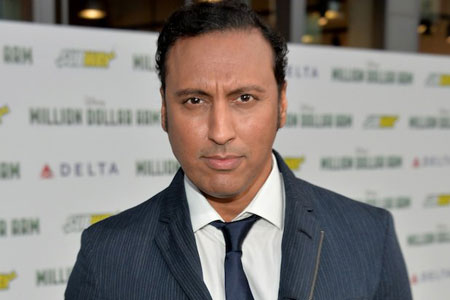 Aasif has featured in dozens of movies
Source: TheWrap

In his career, he starred in several movies like Ghost Town alongside Ricky Gervais, The Proposal alongside Sandra Bullock, Today's Special which was co-written by Mandvi and was premiered at the London Film Festival.

He played as Mr. Chetty in the comedy movie The Internship alongside Vince Vaughn and Owen Wilson in 2013 and also portrayed the character of Ash Vasudevan in the movie, Million Dollar Arm in 2014. 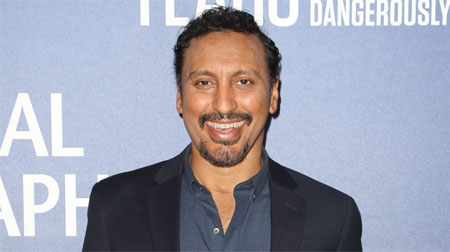