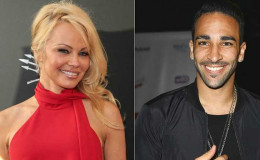 Australian actress Pamela Anderson reportedly broke-up with her boyfriend of around 1 year Adil Rami; The main cause of their break-up is because she wants him to spend more time with his two kids; Also, see..

Marriage proposal didn't work out after all!

Just days after French Football player Adil Rami proposed the idea of marriage to his girlfriend Pamela Anderson, she broke-up things with him.

According to TMZ, the reason for their relationship to end is because Pamela sees that his two kids need their mother more than her. 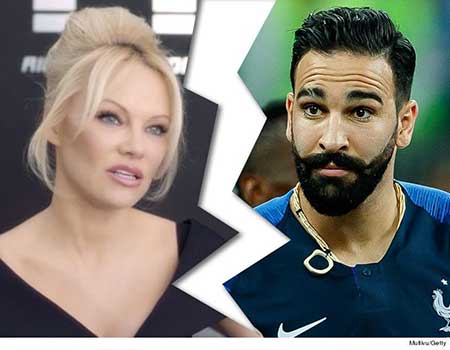 She called it quits with the World Cup winner after dating him for around 1-year. Upon winning, the Footballer even gave her a Cartier ring. The ring was a forerunner for his marriage proposal.

Pamela even gave the ring to her son Brandon,

But eventually, his proposal was rejected by her. According to the source close to the pair,

“After spending this past week with Adil’s cute [2-year-old] twin sons … it broke Pam’s heart that he doesn’t see them enough, as he should, so she’s moving out.”

“Pamela feels she is the reason Adil doesn’t spend enough time with his children. She is removing herself from his life so he can do the right thing and be with his kids. It’s a selfless move by Pamela, a true romantic — and she is heartbroken. Adil has difficulty balancing his life with Pamela and what should be a healthy relationship with his ex, the mother of his children.”

But the decision was quite difficult for her and she definitely hopes that Adil will get back to his ex-girlfriend just for the sake of his twins. Moreover, Pam has also moved out of their house in France.