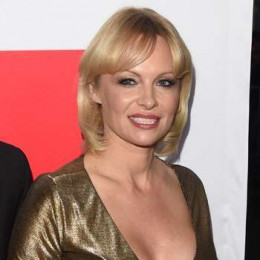 Pamela Anderson is a Canadian-American actress, model, producer, and author. She is best known for her roles on television series Home Improvement, Baywatch and VIP. Anderson is a daughter of Barry, a furnace repairman and Carol, a waitress. She had graduated in the year 1985. She had received the press coverages right after her birth for being the firstborn baby being born as 'Centennial Baby' on the 100th anniversary day of Canada's founding via Constitution act 1867. She went to Highland Secondary School in Comox, British Colombia and graduated in 1985. She is one of the sexiest divas today who are still talked about and taken as an icon.

Playboy Playmate model, Pamela Anderson married three times in her life. But none of her marriages were successful thus she's been divorced with all three. She shares two children with her first husband. Despite being in a conjugal relationship, she was romantically involved with a lot of guys in between.

Pamela Anderson is possibly single at the moment. She is dating or physically involved with anyone following her split with Adil in September 2019. The starlet is busy focusing on her modeling and movie career at this time.

News has it that, Anderson is still good friends with ex-husband Tommy Lee and have physical relations with him even after divorce.

Anderson had an intimate relationship with Adil Rami, a football player in 2017. The lovers were once caught kissing in ST. Lopez, where the couple had a cozy dinner at La Gioia Restaurant. 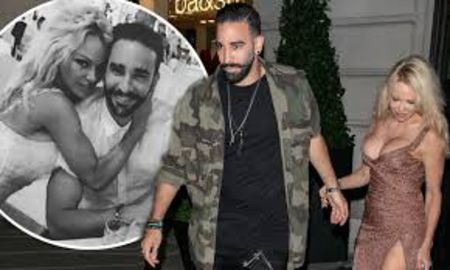 When the French footballer proposed to marry her, she refused it. Soon after rejecting the starlet dumped him. In June 2019, Pamela announced on an Instagram post, their relationship is over.

Anderson left his house cause she didn't want to become a barrier between him and his twin sons. Adil fathered twin sons with lingerie model Sidonie Biemont.

The blonde-haired hitched three times in her life- Tommy Lee, Kid Rock, and Rick Solomon. Also, she had an intimate relationship with many.

Needless to say, Playboy model dated a number of big names of the Hollywood industry. During an interview with Piers Morgan, Pamela hinted she enjoyed a romantic relationship with Vladimir Putin, Russian ruler.

Anderson married Tommy Lee, drummer of Motley Crue on 19 February 1995 after seeing each other for 96 hours. She fell for him at first sight. With Lee, she shares two sons, Brandon Thomas Lee and Dylan Jagger Lee.

The man who wed on a beach with Pamela in a bikini called it quits after three years of a wedding. Followed by the divorce, she got engaged to model Marcus Schenkenberg. Unfortunately, they parted ways in 2001.

Five years later, she walked down the aisle with Kid Rock, a singer in 2006 on a yacht next to St. Lopez in France. They split in November of 2006 due to irreconcilable differences.

Again, she tied a knot with American poker player, Rick Salomon in February 2008 during an intimate ceremony at The Mirage. The remarried on an unexpected date and got divorced in 2015.

Pamela Anderson has been through frequent sexual abuse in her childhood. In her interview in 2014, she clarified that she was molested by her female babysitter when she was 6 till 10. She was also raped by a 25-year-old man at the age of 12 and gang-raped by her boyfriend and 6 of his friends at the age of 14. She had a hard and difficult childhood in that sense.

How Rich Is Pamela Anderson?

The Canadian model and actress, Pamela Anderson possesses an estimated net worth of $12 million at present. The average salary of a Playboy model ranges from $25,000 to $100,000. 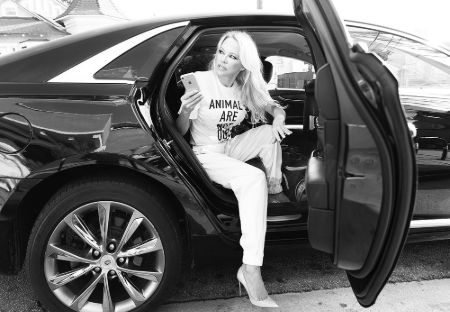 The 52-year-old appeared in a number of movies and television series to this date. Her most recent project includes Nicky Larson et le Parfum de Cupidon (movie) and The Hills: New Beginnings (TV series).

Anderson got married to Tommy Lee in 1995 and got divorced after three years of their marriage. They have two children together. Later in 2014, they got together but again things didn't workout well between them and they got divorced again in 2015.

Pamella Anderson got married to Kid Rock for about a year and they got divorced for some reasons that is not made public. They do not have any child together.

Even though for a brief stint, she got married to him and tried to spend a happy marital life. However, this marriage also failed for some reasons which is not made public. They do not have any child together.

Dylan Jaggar lee is the youngest son of Pamela and Tommy. He is currently 18 years old and is very handsome. His pictures can be widely found in internet, the solo as well as along his elder brother and mother.

Brandon lee is a eldest son of Pamela Anderson and Tommy Lee. He is 19 years old now. He is a handsome boy and girls are crazy over him.