Home Article Who is Bruce Jenner' First Wife? Detail About his Married Life and Relationship

Who is Bruce Jenner' First Wife? Detail About his Married Life and Relationship 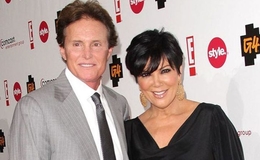 Now a media personality and a transgender woman, Caitlyn Jenner was popularly known as Bruce Jenner until April 2015. As Bruce, a retired Olympic gold medal-winning decathlete and the patriarch of the faddish Kardashian family, he, now identified as she, absorbed very little space in his family's business antics. Since coming out as a trans woman in an interview with Diane Sawyer, Jenner has pretty much been clasped to the center stage.

Born William Bruce Jenner on October 28, 1949, in Mount Kisco, New York, her Olympic career kicked off with the 1972 United States Olympic trials. Jenner's athletic career peaked throughout the 70s. Even though her struggle with undiagnosed dyslexia and gender dysphoria lurked in every phase, she knew nothing better than to follow the traditional norms of marriage and settle down for a family.

Jenner always knew she was a person stuck in the wrong body. And although the misfit was gradually realized as she grew, the retired athlete decided to keep mum and even fought the innate inclination as hard she could. Baffled by the unexplainable penchant and feelings, Jenner pushed herself into sports and delved into marriage very early in her successful career. Jenner's first wife, Chrystie Crownover, whom he married in 1972, was the first to learn about Jenner's plight. 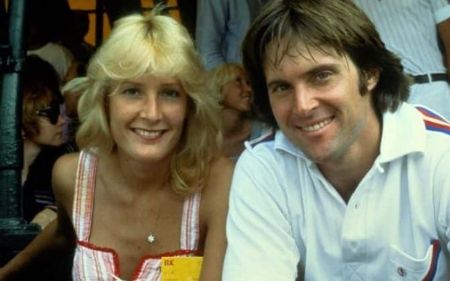 Bruce's first wife, Chrystie Crownover, was the first to learn about his gender dysphoria. SOURCE: Instagram

"I can't remember the exact words because it was such a shock, but he opened up and confessed," Crownover recalled, adding, "It's so hard to wrap your head around this, particularly because he was such a manly man. He never indicated anything feminine in his demeanor." Despite Jenner's shocking revelation, Chrystie says their marriage stayed intact. The pair, who met at Graceland College in Iowa, was in the first year of their marriage when Jenner dropped the secret. 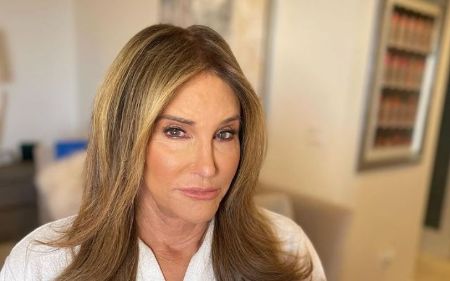 The Olympic winner came out as trans in 2015. SOURCE: Instagram

As Bruce's nationwide popularity grew, with the retired decathlon receiving more opportunities and endorsement deals, the couple decided to work it out. The pair were married for six years when they welcomed their firstborn son Burt Jenner, and by the time Crownover got pregnant with their second daughter Cassandra "Casey" Marino, they had agreed to dissolve their marriage. When asked if Jenner's identity crisis led to the divorce, Chrystie listed a few factors that ultimately resulted in their separation. 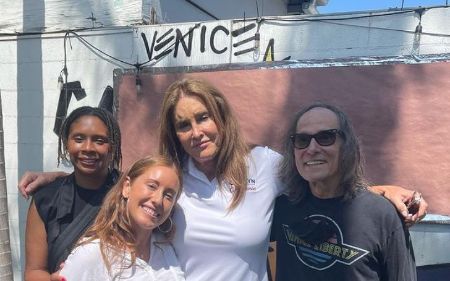 Caitlyn shares a son and a daughter with her first wife. SOURCE: Instagram

"It was underlying unrest and an underlying dissatisfaction with being married that led to our divorce," Chrystie said, adding, "his career as a decathlete was over. There were a lot of changes in his life that made him an unhappy guy right then, so that could have been a big factor." Crownover seemingly shares an amicable bond with her ex-husband, given she expressed her happiness after Bruce came out to the world as Caitlyn.

Jenner's first wife, Chrystie, is best known as Bruce's first ex-wife and now the woman who kept Jenner's dark secret for two decades. Chrystie is an actress and producer and has credits in The Mike Douglas Show (1961), The Bob Braun Show (1967), and SST: Death Flight (1977). Before coming into show business, she worked as a flight attendant for United Airlines. After her divorce from Jenner, she married Richard Scott in 1982 and divorced him in 1996.

After his divorce from Crownover in 1981, Jenner called herself a family person and wasted no time delving into her subsequent marriage. "Well, yeah. That's more my lifestyle. I don't really like running around; it's very boring. I believe in serious relationships and sharing my life with somebody," said the former decathlete. The Keeping Up with the Kardashians star married actress Linda Thompson, who famously dated Elvis Presley, on January 5, 1981, in Hawaii. 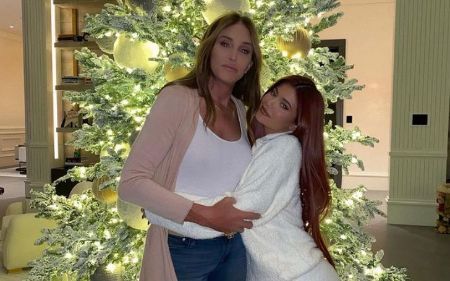 Caitlyn revealed Kris was aware of her gender crisis when the duo tied the knot in 1991. SOURCE: Instagram

During their five years as spouses, from 1981 to 1986, the couple welcomed two sons, Brandon, a musician, and Brody, a disc jockey. Jenner's marriage with Thompson unsurprisingly ended because of the same reason. The two even tried therapy to gain a sense of what they were grappling with before separating in 1986. Then came Kris Kardashian, undoubtedly, Caitlyn's best-known wife, with whom he made a great team.

The couple met on a blind date in 1990. Caitlyn recalls her life as an active sports figure was almost over, and he hadn't made any major public appearance for nearly eight years. The former athlete credits his third wife for rebooting his career. The duo married within a year of dating on April 21, 1991, and together, they welcomed two daughters, Kylie and Kendall. The power couple would also go on to raise Kris's children from her previous marriage, Kourtney, Kim, Khloé, and Robert.

Jenner says she was already on hormone replacement therapy when she met Kris!

The pair went their separate ways after 23 years of marriage in 2014. Caitlyn says her identity crisis had very little to do with their separation. The Olympic winner made the most startling revelation when she said she had already been on hormone replacement therapy when she met Kris. Caitylyn's revelation contradicted Kris's comment on the family reality show, where the Kardashian matriarch alleged that Caitlyn married her on false pretenses.

"Did I downplay it some? Of course, I did. Because I was coming up off six years of hell, and of course, I wanted to get back into the game. I'm sure I downplayed it," says the former athlete. Caitlyn's alliance with all those women in her life was possible because the Olympic winner was and has never been attracted to men. Caitlyn's transition journey and becoming draw a clear line between gender identity and sexual orientation.