Home Article Canadian Filmmaker Les Stroud is a proud Father of his Children whom he shares with Wife; Find out about his Marriage life

Canadian Filmmaker Les Stroud is a proud Father of his Children whom he shares with Wife; Find out about his Marriage life

Canadian Filmmaker Les Stroud is a proud Father of his Children whom he shares with Wife; Find out about his Marriage life, Wiki, Career, and Net Worth

A human being can do so much but because of his brain, one is not able to do many of the most difficult tasks in the world. Many of you might have heard the name, Les Stroud.

Yeah, the crazy guy who would often go out on Jungle alone and film himself surviving. The famous actor and surviving expert never knew he would get a second chance at life after he defied all the odds and survived life-threatening accidents.

He even bounced back from his divorce with his wife. Today in this section, let's take close look at his life as a survivor, both in life and marriage.

Les Stroud-Divorced from his Wife in 2008

The actor never thought his marriage would end this way. But looks like his busy schedule conflicted with his marriage and it created a lot of differences in his marriage. 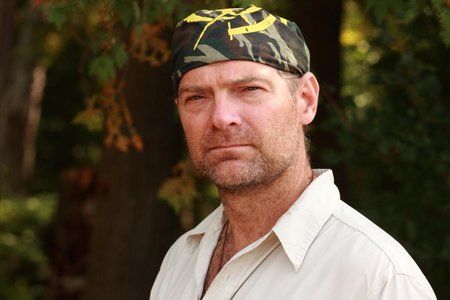 Les and his wife Susan divorced each other in late 2008,
Source: Keynote Speakers

He and his wife, Susan Jamison tied the knot back in 1994 after coming across each other some time ago. Upon laying eyes on this woman, he knew she is worthy of being his wife.

During the time, he had left of his music career and started working as a guide at Black Father Wilderness Adventures. For their honeymoon, Les had this crazy idea of making it more exciting.

The pair decided to go to a remote area of Ontario and stayed there for around 1-year. Les even produced a documentary named Snowshoes and Solitude in order to show the world how he lives on the edge.

Life was going pretty well for the pair it became all the more blissful when they welcomed their two children, Raylan and Logan Stroud. But everything changed when due to some reasons Les and Susan decided to divorce each other.

Maybe it was his career or the reason was something else. The actor himself never revealed anything about his split with wife. 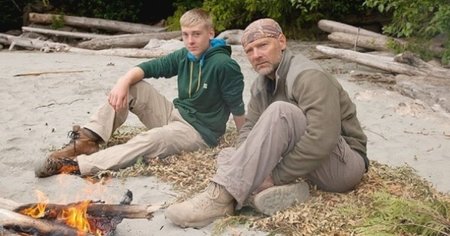 Les and his son Logan, His son was once diagnosed with Leukemia,
Source: Huffington Post

Apart from his broken marriage, he has broken quite a few amount of ribs and bones when he got himself involved in a brutal accident. Along with three crew members, the team was traveling in a car when out of nowhere the car skidded twenty-five feet and rolled.

Thankfully, everyone survived this mishap and Les had his second chance in life. Well, after surviving a divorce and a failed relationship, the survivor is doing alright, don't you think? 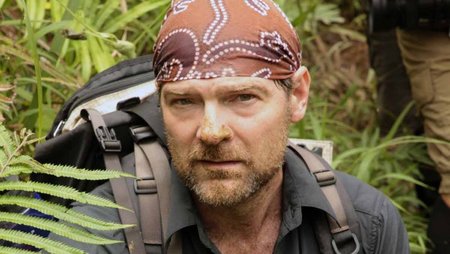