Home Article Candice Swanepoel is Engaged to Hermann Nicoli; Is the Couple thinking of getting married?

Candice Swanepoel is Engaged to Hermann Nicoli; Is the Couple thinking of getting married? 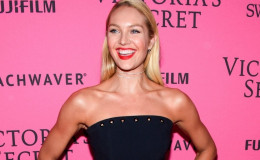 Candice Swanepoel is in a Relationship with longtime Boyfriend Hermann Nicoli. Know if the couple is thinking of getting married.

Candice Swanepoel; a South African model who is a Victoria's Secret Angel since 2010 and came in 8th on the Forbes top-earning models list in 2016.

Candice is currently living with her longtime boyfriend Hermann Nicoli. After, a decade-long relationship, the couple got engaged in August 2015 and have a child together. The duo, however, is not married yet so, are they thinking of marriage?? What is the plan of couple?? Let's know!!

The duo first met in Paris when both of them were working hard to shine up their respective career. Candice, 17, at that time, began to fall for Hermann and vice versa.

They began dating and the rest is history. Later after being in a relationship for more than 10 years, Hermann finally proposed Candice and with a big "yes", the couple got engaged in August 2015.

The couple is together since then and is enjoying every moment. After a year later, in March 2016, Candice was reported to be pregnant and they welcomed their first child, Anaca Nicoli on 5 October 2016.

The couple seems so happy and excited to enjoy the parenthood and the posts of little Hermann in their Instagram account is too adorable!!!!!

All you need is love, love Love is all you need. ??

The hot and gorgeous beauty Candice revealed that she wants to have many babies. She said:

"I don't plan too much into the future. I believe a lot in destiny and that what happens - you can try to manifest certain things, but I definitely do want to continue having a great career and building my family as well because I'm really loving that. I definitely want to have a bunch of kids."

She also added that she enjoyed every moment of motherhood:

"It's such a mixture of feelings. It's amazing though - I'm loving motherhood. I loved my pregnancy too, all the different stages."

The couple really enjoys being together even if it's a live-in-relationship, and even without the bond of marriage, their love is still the same. The old-time lovers share the serious relationship goals. 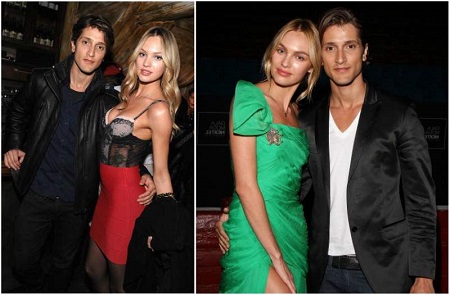 On the other hand, looks like Candice and Hermann don't have any intentions to get married yet as per Candice's statement:

"I'm not sure about marriage yet, I kind of feel married already. 10 years is kind of a marriage, so I don't really need papers to tell me that."

Surely the love doesn't need an approval of marriage. 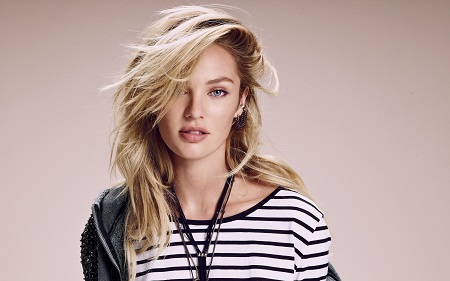